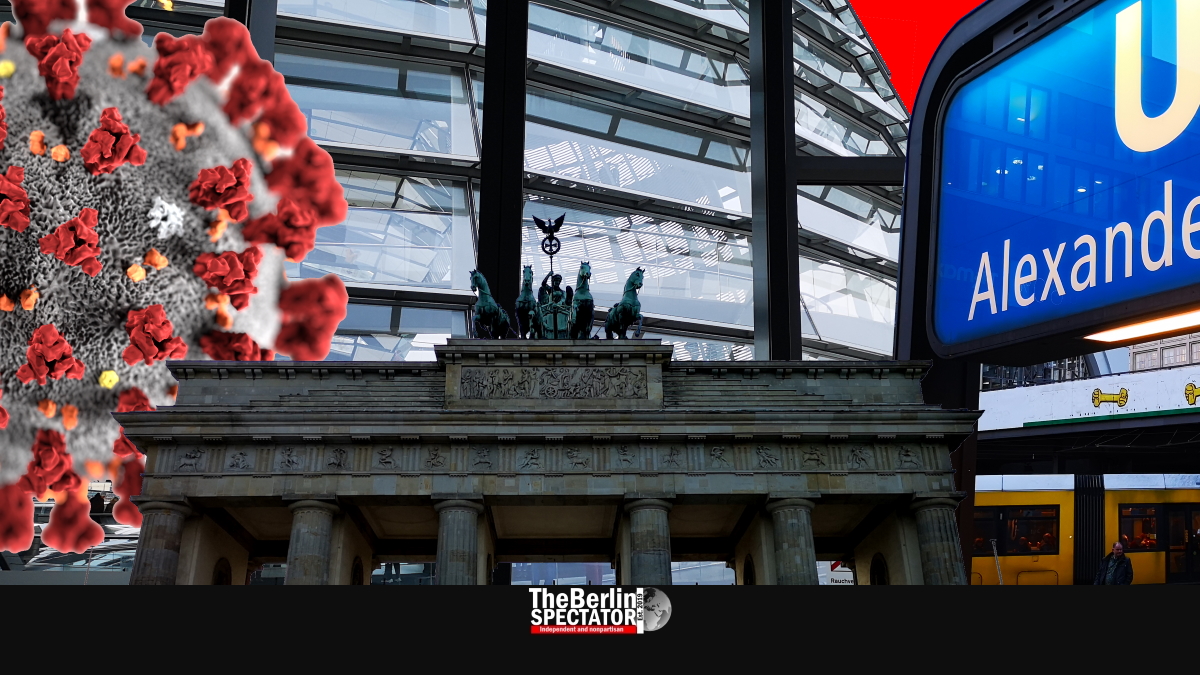 More than 2,100 Coronavirus cases were confirmed in Germany as of Thursday in the late morning. Activities of many kinds came to a halt. It was all about the virus.

The President of the Federal Republic of Germany, Frank-Walter Steinmeier, had his schedule revised on Wednesday. His staff cancelled appointments, including a visit to a rooming house in Bremen. Steinmeier will not host the heads of state from Estonia, Finland and Slovenia either. This was an event which had been scheduled a long time ago.

No More Visitors at President’s Office

Just like the Berlin Bundestag, the Federal President’s Office does not accept tourists or other visiting groups anymore. The Reichstag’s dome was closed until further notice days ago. The same applies to the opera in Berlin, concert halls and theaters, all because of the Coronavirus.

Berlin’s Governing Mayor Michael Müller, who is Science Senator as well, announced several measures too. A task force consisting of representatives from the German capital’s universities and institutes was established. Its task is to monitor the situation and to implement measures should they become necessary.

For now, all conferences and other events connected to the universities were cancelled, including lectures. The institutions also have to check their dates for exams, postpone them if possible or convert on-site exams to online exams, which is what the Technical University already did. The start of the next semester was postponed to April 20th. Students who just returned from high risk regions or countries are being asked to go into quarantine in their homes for two weeks.

Berlin’s House of Representatives is now closed to tourists and visiting groups as well. Its President Ralf Wieland signed a list of measures which includes the cancellation of all public events, except for an exhibition in front of the building. Starting right now, only members, the staff, registered visitors and journalists have access to the House of Representatives.

Angela Merkel’s conservative party, the Christian-Democratic Union (CDU), just cancelled its party congress at which is was going to elect a new party leader. The event was going to take place in Berlin on April 25th, 2020.

Back Door Rule for Buses

“The parliament in Berlin needs to remain capable of acting”, Wieland stated. “Therefore it is necessary to minimize the risk of infection to members and the staff in the House of Representatives.”

Berlin’s largest public transport provider BVG is working on changes as well. They are supposed to protect those who are in direct contact with thousands of passengers every day, namely bus drivers. From now on, bus passengers may enter the vehicles through their back doors only. Until now, they had been required to enter through the front door and show their ticket to the driver. Bus drivers will not sell tickets anymore, until further notice. They have to be purchased through apps, in city train stations or BVG customer centers.

Sneezing and Coughing on Public Transport

For the BVG, its board member Rolf Erfurt said the company was convinced that the passengers would show understanding for this measure which had been suggested by experts. It was designed to lower the probability of infection for both bus drivers and passengers. Berlin needed to be mobile in these difficult times.

Through its information systems, including screens inside all U-Bahn trains (subway, underground, metro), BVG is conveying messages about the right behavior during the Coronavirus crisis, including the proper way to sneeze and cough. Everyone on the BVG’s vehicles needed to cough or sneeze into the crook of their arm. That way the risk of infection would be decreased as much as possible.

Berlin is known as a party city. Now the Coronavirus crisis is affecting the city’s clubs as well. According to the ‘Clubcommission’, a network set up by club owners, the number of club visitors is already decreasing substantially. Mandatory closures would lead to many bankruptcies, the commission said. At the same time a shutdown for a few weeks was probably necessary because of the spread of the virus. Some club owners have already cancelled parties and events. For now, club visitors will be registered. Starting this weekend, all of them will have to register with their e-mail addresses and phone numbers.

In Germany’s second-largest city, Hamburg, the number of infections is on the rise, just like in Berlin and everywhere else. Within one day, it increased by 19 to 54. The Hamburg authorities announced a number of measures as well. One about events with more than 1000 people would be communicated very soon, a statement read. The health authorities were also in the process of developing rules smaller events in Hamburg.

In order to protect Hamburg’s schools and kindergartens, a new rule says that children, with or without the typical symptoms, who return from high risk areas or countries with their families have to be in quarantine for 14 days before they go back into their classes or groups. All other individuals who return to Hamburg from those regions need to quarantine themselves for two weeks as well. Most other city states and provinces in Germany have come up with similar rules by now.

All over Germany, many schools are closed. The latest case was reported from Worms, where a Coronavirus case led to the closure of a large school with 4500 students. In one grade, all pupils are being tested.

Sixty-one of them were men, 56 women, and in one case the gender was not announced. One of those infected lives in a refugee hostel. In a television interview, Berlin’s Governing Mayor Michael Müller said it had probably been a mistake not to take decisions on restrictions regarding big events earlier. He said the government needed to look into Deutsche Bahn, Germany’s main train operator. The question was whether train connections and stops needed to be restricted as well.

In the meantime, two more big events in Berlin were cancelled, namely one known as ‘Myfest’ which usually takes place on Europe’s labor day, May 1st. The other one is the Carnival of Cultures, one of the most international and colorful events. It was supposed to take place from May 29th to June 1st, 2020.

Europe’s airlines, including Germany’s flag carrier Lufthansa, will have to adapt to the travel ban from Europe to the United States which President Trump just announced. The ban will kick in on Friday. Since the aftermath of September 11th, 2001, there has not been anything of the kind.