BER Airport’s Opening: The Only Uncancelled Event in Brandenburg 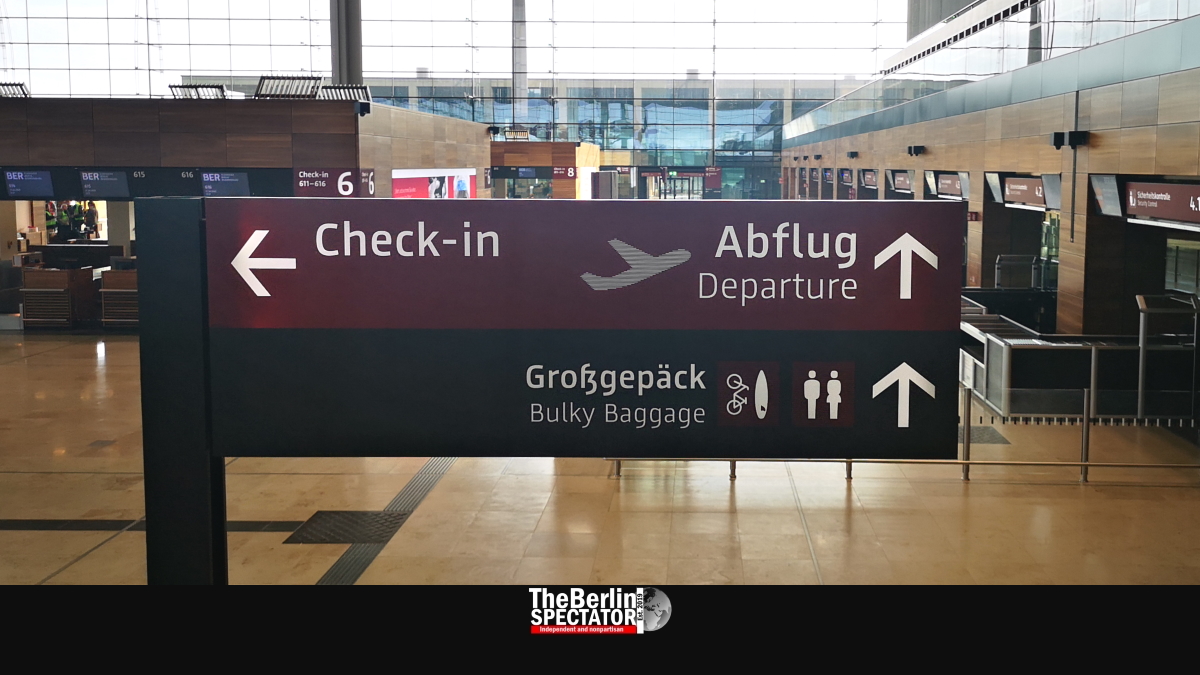 Because of the Coronavirus crisis, pretty much all events were cancelled in Berlin and Brandenburg. There is one exception: The inauguration of BER Airport stands.

Good news are hard to find while the world is falling apart due to the Coronavirus. While Lufthansa, Germany’s flag carrier and the largest airline in Europe, needs help from the state to avoid bankruptcy since it was hit by the virus too, the new and shiny airport it intends to use in Brandenburg, just outside Berlin, will be inaugurated soon.

Terminal 2 to be Opened Too

It gets better: Not only BER’s elegant Terminal 1 will be ready to rumble on October 31st, 2020, but also Terminal 2, according to Zechbau, the company that is building it. At this moment, the extension to the new airport with the official name ‘Flughafen Berlin Brandenburg Willy Brandt’ looks more like the sarcophagus around the radiating Chernobyl power plant, but that will change.

Engelbert Lütke Daldup, the CEO of ‘Flughafen Berlin Brandenburg GmbH’, the airport’s operator, confirmed what many may still not believe, because of the nine-year delay the airport already has: It will actually happen this fall. If there was no Coronavirus, it would be time to pack bikinis and beer bottle openers, and to fly out of BER, into the sun.

There is actually one more event that has not been cancelled, namely the rehearsals. In summer, as many as 20,000 volunteers will test the baggage systems at BER, they will go through trial evacuations, cause a mess at the gate, try to find their way and ask stupid questions. It will obviously feel like the usual situation at any major airport.

According to Professor Lütke Daldup, the main technical issues the construction site referred to as BER Airport had have been resolved by now. Those include problems with thousands of dowels. The latter needed a special approval from the authorities. In front of a committee at Berlin’s House of Representatives, Lütke Daldup confirmed this hurdle was out of the way.

An even bigger issue which had contributed to the airport’s nine-year delay will be resolved by the end of March, he insisted. This one is about the wiring system the problems with which have given many people headaches and sleepless nights. Germany’s Technical Control Board (TÜV) would approve the system this month, Engelbert Lüdtke Daldrup assured the commission members. It was fully operative.

Once they have the green light, ‘Flughafen Berlin Brandenburg GmbH’ will officially declare the completion of the airport at the Regulatory Authority for Constructions. If everything goes as planned, the opening date in October will not be changed. It coincides with Lüdtke Daldrup’s 64th birthday.

Engelbert Lüdtke Daldrup needs to be an optimist. It is his job, especially after those nine years of delay. That is why the committee also wanted confirmations from the company in charge of the construction itself. They got those.

Now that BER will provide a capacity this big, it might not be needed anymore. The Coronavirus crisis is destroying the airlines. Lufthansa is now using BER’s tarmac to park some of its aircraft. They are not needed anymore, at least for now. So they are filling Germany’s most expensive parking lot.

Related article: Berlin: The Beauty of a Brand New Airport

Zoo Berlin: Where Lions and Tigers are Not Being Fed