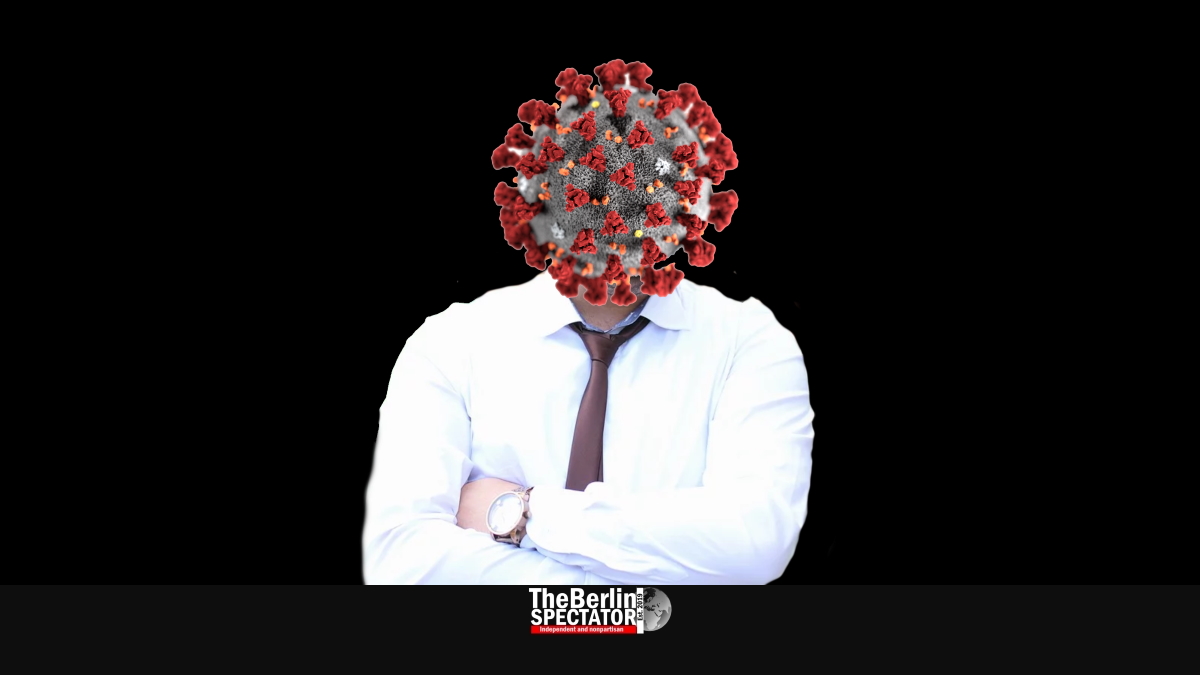 Have you heard of mean, self-centered bosses who screw up peoples’ lives and bully them all day long? Mine is one of those. His name is Coronavirus.

My boss has an empathy deficit disorder and probably several other psychological problems. He is mean, shameless and seems to be enjoying the dangerous mess he is creating with his reckless behavior. I should probably sue the sh*t out of the guy, for bullying.

It’s All His Fault

The other day I wanted to go to the supermarket. Do I want to buy anything anyone else touched? No. And it’s his fault. He said he would infect me if I did. Then I touched a door handle on the U-Bahn train. His reaction? He threatened to infect me if I did not disinfect my hands afterwards.

More Issues of Our Column (This one continues below.)

When I scratched my nose after opening the trash container outside, he said this was my last warning and that I was playing with my health. The other day I felt like having a pizza at a highly frequented fast food place. What did I get? Another ultimatum.

I am only one of billions of victims he annoys, frightens and endangers. He makes their lives miserable because they are forced to stop going to the office, dancing at the club or shopping at the mall. May I catch a movie at the cinema? Of course not. Visiting elderly family members is a taboo now. Almost everything is.

Thanks to him, everything is cancelled: Beethoven at Hamburg’s ‘Elbphilharmonie’, stand-up comedy at Berlin’s ‘Quatsch Comedy Club’, visits to ‘Deutsches Museum’ in Munich, Jazz gigs at Stuttgart’s ‘Bix Jazzclub’, sightseeing at Cologne Cathedral or having a drink with a friend.

Let’s hope the boss will f*ck off soon and never return.