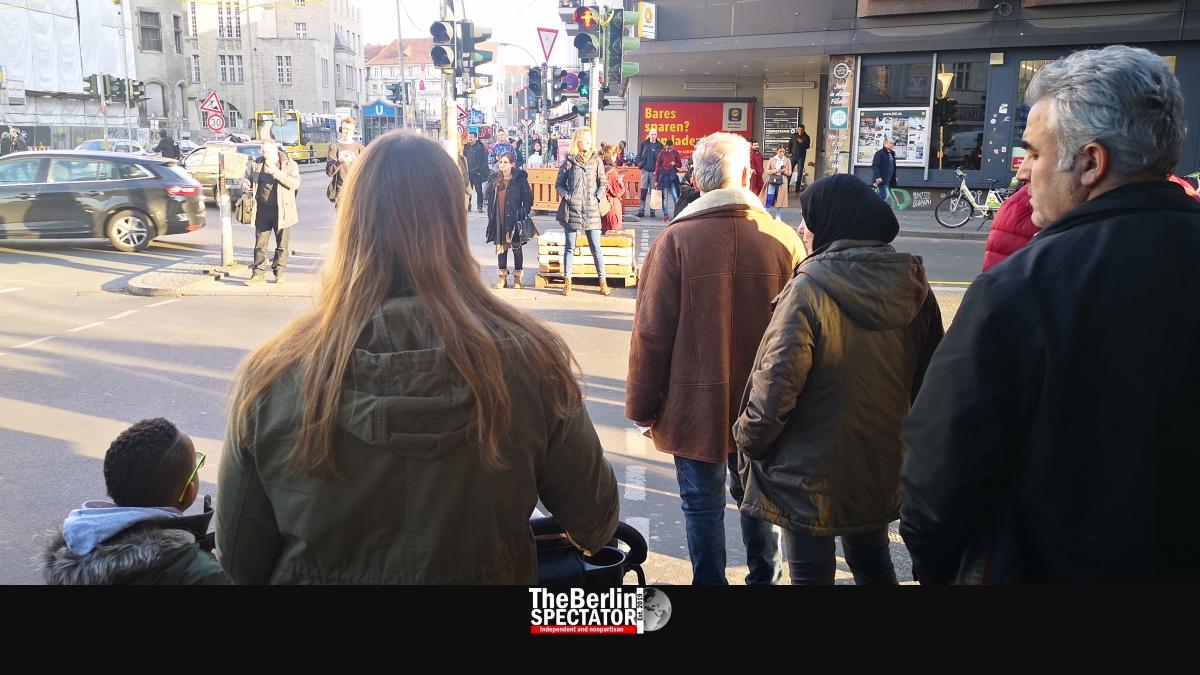 On a sunny Monday in Berlin, people seemed to want to pretend nothing was happening. They populated streets and shopping malls, just like they did before the Coronavirus crisis began.

In the German capital’s Neukölln district, one single individual was looked at in weird ways. He was the only one who wore a protective mask on ‘Karl Marx Strasse’. Two male teenagers grinned when they saw him from their car. “Corona!” they shouted. They were obviously surprised anyone would wear a mask during the Coronavirus crisis.

Having a Good Time

A few meters away, at the ‘Neukölln Arcaden’ shopping mall, the ‘Kaufland’ department store was about as crowded as it would be during the Christmas holidays. Teenagers walked around in groups laughing and having a good time. A group of Arab men one of whom was carrying a little girl shouted through the mall as if they had been the only people there.

While the mall’s book shop was empty, the consumer electronics retailer ‘Media Markt’ was not. People tested cell phones on display which hundreds of others must have touched before them. They purchased cameras, laptops, cables, tripods and hair cutters, hours before stores of this kind would be forced to close until further notice.

Hardly anyone in that mall in Berlin seemed to care about the crowds, the distance between people, the escalator railings everyone was touching, or about sneezing people. They seemed to believe Corona is a joke or a story invented by the media. Their behavior was nothing less than dangerous.

Nothing the Governing Mayor, the Chancellor and other politicians had told the nation in the past weeks seemed to matter here, on an early spring day in Neukölln, one of Berlin’s many international districts where people of many nations and cultures live together and where the share of Turks and Arabs is high.

Since the Berlin Senate ordered the closure of pubs and clubs this past weekend, the police department has been busy enforcing the measure. Some pub owners just do not seem to know about the new rules which is why the police is showing a lot of goodwill, for now. Only pub and club owners who deliberately disobey the ban would be fined during the first days, the police said. But that will change soon.

The lack of understanding people are demonstrating, in Berlin’s Neukölln district, in other parts of Berlin or elsewhere in Germany, makes strict measures necessary. Corona is not a hoax. Enjoying an early spring day is good as long as it is being done with caution, distance and a general understanding of the situation.