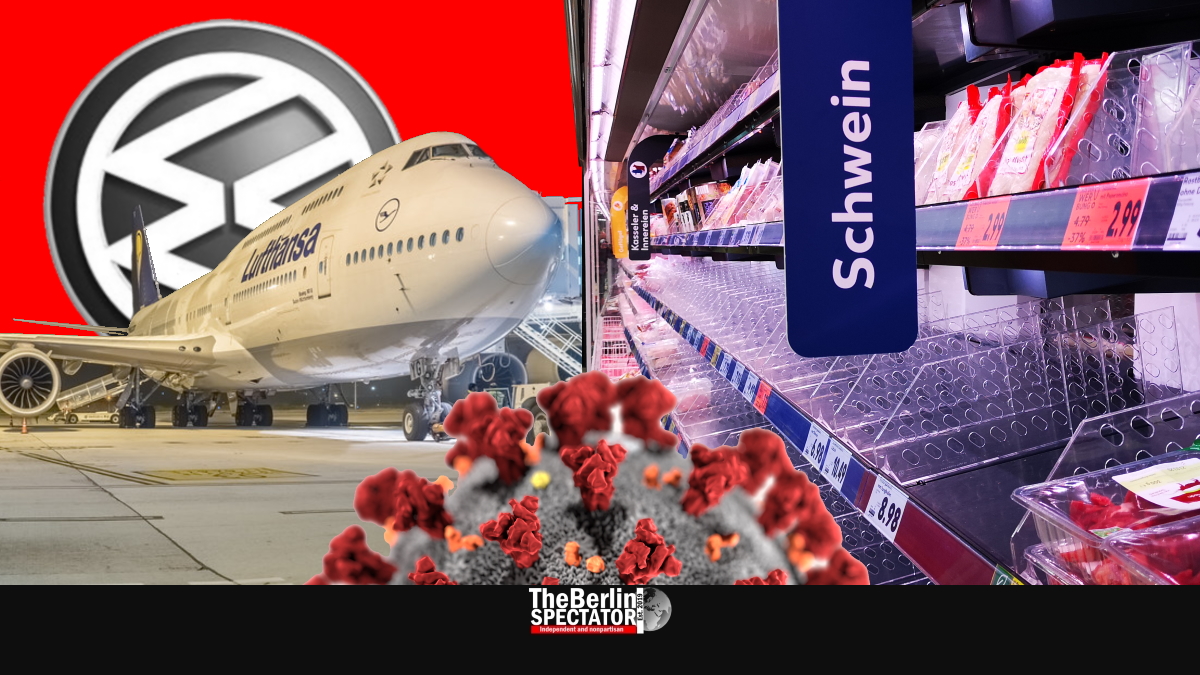 Starting today, strict new measures will apply in parts of Germany. It has become one of the countries most affected by the Coronavirus in Europe. The situation is very serious for both its inhabitants and its economy.

After a video conference with the other heads of government from within the European Union and European Commission President Ursula von der Leyen, Germany’s Chancellor Angela Merkel said everyone had agreed with the need for an entry ban into the E.U.. Germany would implement the ban immediately once it was fully approved.

The measure prevents nationals from countries that are not part of the E.U. or the European Free Trade Association (EFTA) from entering any country that is part of the Union. Merkel said there would be some exceptions, including for people from Andorra. Individuals from the United Kingdom will be able to enter as well.

The Chancellor explained Germany had welcomed the European Commission’s guidelines regarding the free flow of merchandise and the preservation of the domestic E.U. market. The mobility of commuters who worked in countries other than their own needed to be guaranteed as well, she stated.

On top of it all, the member states of European Union will join efforts to purchase medical goods needed in this crisis. According to Merkel, the protection of the citizens has the highest priority while minimizing the ramifications of the Corona crisis for the economy is important as well.

Measures in Schleswig-Holstein and Berlin

Today, as the number of Coronavirus cases in Germany exceeded 12,000 in the evening, several strict measures were be implemented. For instance, tourists are not allowed to enter the federal state of Schleswig-Holstein anymore. Vacationers who are already there, including on islands like Sylt or Fehmarn, are forced to leave today. Touristic day trips are not allowed either.

In Berlin, all shops other than supermarkets, convenience stores, drug stores and pharmacies are not allowed to open until further notice. Beverage stores are exempt from the rule. So are delivery services, weekly markets, shops for hearing aids, opticians, gas stations, banks, post offices, laundromats, pet food stores and funeral homes.

On Tuesday, the city state of Berlin had announced the establishment of a hospital exclusively for patients suffering from respiratory diseases caused by the Coronavirus. The clinic will be set up in cooperation with the Bundeswehr, Germany’s armed forces, at Berlin’s fairgrounds.

In all parts of Germany, discussions about using hotels and other establishments as hospital extensions are taking place. The German government and the experts advising it are expecting the number of Coronavirus patients with severe symptoms to increase substantially in the next weeks and months.

In Germany, the general situation is very serious. From abroad, it is being seen as a high risk country. Other countries, such as Bulgaria, have said they will not allow German nationals to enter them anymore. Germany’s own Robert Koch Institute has increased the health risk level for people in Germany from moderate to high.

Germany’s Minister of Food, Agriculture and Consumer Protection Julia Klöckner assured Germans there would not be food shortages in supermarkets. The supply of household items would be maintained too. There was no need for panic purchases, Klöckner said.

No Curfews So Far

In many parts of Germany, certain supermarket shelves, including those for meat, bread and toilet paper, were empty again, temporarily. All large food retailers present in Germany have stated restocking was not an issue. But doing so as as quickly as Germans are buying it all away obviously is difficult.

So far, no curfews have been announced or implemented in Germany, but all options are on the table. Parts of the population still do not seem to understand how dangerous the situation is. In Berlin, police had to send dozens of teenagers home when they celebrated ‘Corona parties’ at parks. On the streets and in malls, people had behaved as if nothing had happened (see separate article ‘Berliners Unimpressed by Coronavirus, Restrictions and Recommendations‘). The closure of most shops, all pubs and clubs will likely change things now.

More and more prominent Germans and residents are infected with the Coronavirus too. Last week, several MPs were tested positive. Now, Friedrich Merz, a candidate for chairman of Angela Merkel’s conservative party CDU, is infected. So are Israel’s Ambassador to Germany Jeremy Issacharoff and Deputy Ambassador Aaron Sagi, according to the publication Israel National News.

Germany’s economy is increasingly feeling the effects of the Coronavirus crisis as well. Airbus, Opel and Volkswagen, the world’s largest automaker, are reportedly stopping their production. For Volkswagen, this applies to its main factory in Wolfsburg, but also those in Emden, Dresden, Osnabrück, Zwickau, Bratislava, Pamplona, Palmela and elsewhere.

Related article: Merkel on Corona Crisis: ‘Adhere to the Rules’