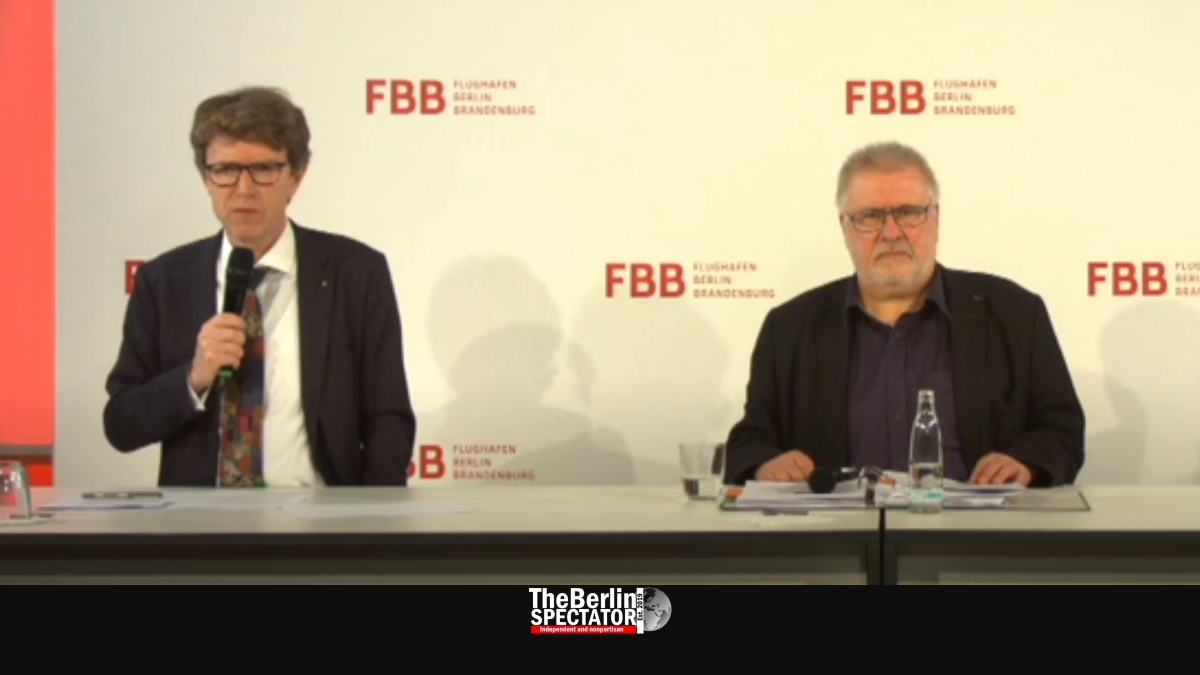 BER Airport will open on October 31st, 2020, in spite of the fact that the airline industry was hit hard by the Coronavirus. The bad news is that the number of flights has slumped along with the revenues for both airlines and airports.

During an online press conference, the two top representatives of Flughafen Berlin Brandenburg GmbH, the company that operates the major airports in the Berlin Brandenburg region, assured everyone the delayed opening of BER Airport would take place in late October, as planned.

Rainer Bretschneider, the company’s chairman of the supervisory board said he would have to disappoint anyone who had hoped for another delay. He also announced the contract for CEO Engelbert Lütke-Daldrup had been prolonged by an additional year, until March of 2022, because continuity was what the board wanted.

Lütke Daldrup said because of the Coronavirus crisis air traffic had taken a big hit. At this moment, there was only a fourth of the usual traffic. Airports were confronted with big challenges. First of all, their employees needed to stay healthy. Lütke Daldrup assured the public his company was adhering to all recommendations from experts in this regard. In many cases, staffers could work from home, in others they did not have this possibility.

In this “grave crisis” caused by a worldwide pandemic, the income for airports had decreased substantially because of the small number of flights. Therefore the Berlin Brandenburg airports needed financial help. Engelbert Lütke Daldrup said the shareholders had agreed to contribute funds.

Flughafen Berlin Brandenburg GmbH wanted to keep its airports operational, the CEO stated. They were important for provision with basic supplies. This mainly applied to freight flights which had actually increased since the crisis had begun.

In order to save resources, the two operational airports, namely Schönefeld in Brandenburg and Tegel in Berlin’s north-western part, will open only one terminal each these days, for all passengers.

In spite of Corona and the consequences for airlines, airports and everyone else, the planned rehearsals at BER airport would take place, Lütke Daldrup promised. But they would probably include less volunteers. Until now, 20,000 individuals were supposed to test the check-in, the gates, evacuations and other aspects.

Because of the new situation, there will likely be less volunteers. The first rehearsals are scheduled for late April, more were going to take place in summer. Participating volunteers are supposed to receive public transport tickets, snacks and beverages.

Engelbert Lütke Daldrup mentioned one single advantage the Coronavirus crisis seems to have for the opening of BER Airport: An inauguration of this kind with less passengers is definitely easier.

> Tempelhof Airport was closed for flights in 2008. It is now (‘An Airport for Skaters, Cyclists and Dogs‘)

> Tegel Airport will be closed for good on November 8th, 2020, and converted into some kind of industrial complex.