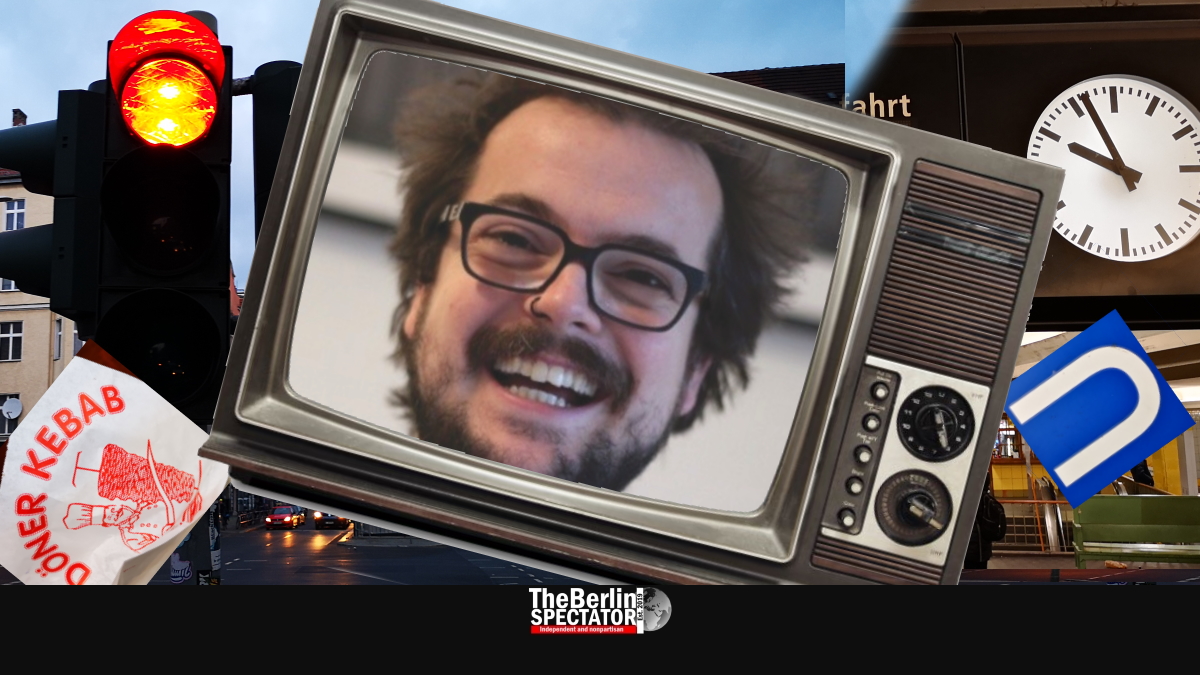 Alex Stockwell (37) from the north of the United Kingdom has been living in Berlin for five years. This is his first column on The Berlin Spectator.

As COVID-19 continues to spread, and as anxiety of an uncertain future mounts, it’s been interesting to see how Germany, and the German people are handling the situation. First and foremost though, it’s important to mention that this is Berlin, which being an international capital, like others around the world. It is hardly a fair representation of its country, its people or it’s values as a whole. And as I’ve been self-isolating for the past seven days, all my information is through the prism of social media and anecdotal hearsay.

With that in mind, I cannot help but feel a growing sense of disappointment and anger at my fellow city dwellers. But before I get to that I want to quickly speak about what I think of as Berlin’s character.

Like so many others, I was drawn to Berlin as one of Europe’s epicentres for the liberal, twisted progressive weirdos that make up my particular monkeysphere. Culture oozes from every piss-coated corner of Berlin, and its aloof attitude towards norms and routine create a certain quality that is uniquely Berlinesque.

We’re a city wherein certain pockets of people pride themselves on placing their own mark on the city’s weighty history of misfits, revolutionaries and creatives. Berlin loves to celebrate ‘the individual’, express yourself, be yourself, with uncompromising individuality lauded in the debauched pursuit of being chic.

Except it’s all bollocks.

‘We’re Not Doing Well At All’

It’s a city where seemingly the sole job opportunities for (shamefully non-German speaking) expats is the service industry, freelancers, or the exploitative and transient start-ups that come and go in the city like so many expats themselves, it has, at times, led to an intrinsically self-serving culture.

COVID-19 is here, and like everywhere around the world being affected we are being asked to do our bit. A sense of societal responsibility might just be all it takes to help quell the burgeoning pressures on the healthcare service, and yet, disappointingly, the word is we’re not doing very well at all.

Germany has been warned that if measures are not taken immediately we face a truly dire situation. And yet, here in Berlin, as of time of writing, people seem to not be taking it seriously at all. Pictures circulated social media as those of us self-isolating looked on in horror as scores of people are seen socialising en masse in parks and outside cafes (a particularly popular ice cream parlour in Prenzlauer Berg had a large queue, as it always does in the season, stretching right down the street).

If you were working front line for the fantastic health service this country offers, you’d be heartbroken. Think of Italy, where we’ve just seen chilling images of army trucks loaded with the dead from overwhelmed hospitals, and think how’d the people there feel about these f*cking idiots thinking ice cream is more important than the safety and stability of a nation and it’s people.

Stories of young people in the city congregating in parks is distressing, if not understandable, you’re young and have already grown tired of a world of conflict, division and endless misinformation. But here is an opportunity for all us to lead by example. Remind all that we’ll all be sat in the park with ‘Späti’ beers soon enough, wouldn’t it be better knowing we pulled through together and the loss of life was minimised as much as possible?

It could simply be the fact that denial is the quintessential human response to disaster, or maybe it’s just the culture here to think that you know best.

‘We Should Come Together Separately’

What the f*ck do I know? I am cursed with having the title ‘British’ on my passport. When it comes to questions of national character and the response to rapidly changing eco-political circumstances, I absolutely do not have a horse in that particular race. I can however offer my thoughts on the German response through the words of the nation’s leader Angela Merkel.

Her recent speech to the nation speaks more of what could be considered the German attitude to this disaster. Whilst other world leaders deny or blame or stir panic, she spoke of collaboration, of responsibility, of an individual’s duty to do the right thing. She took a humanistic approach of reminding us that we belong to each other and that only together, and by doing the right thing are we going to be okay.

Whatever you think of Merkel’s politics shouldn’t really matter at a time like this. As an international melting pot we should come together (separately) and remind ourselves of the things that truly matter and of that which unites us.