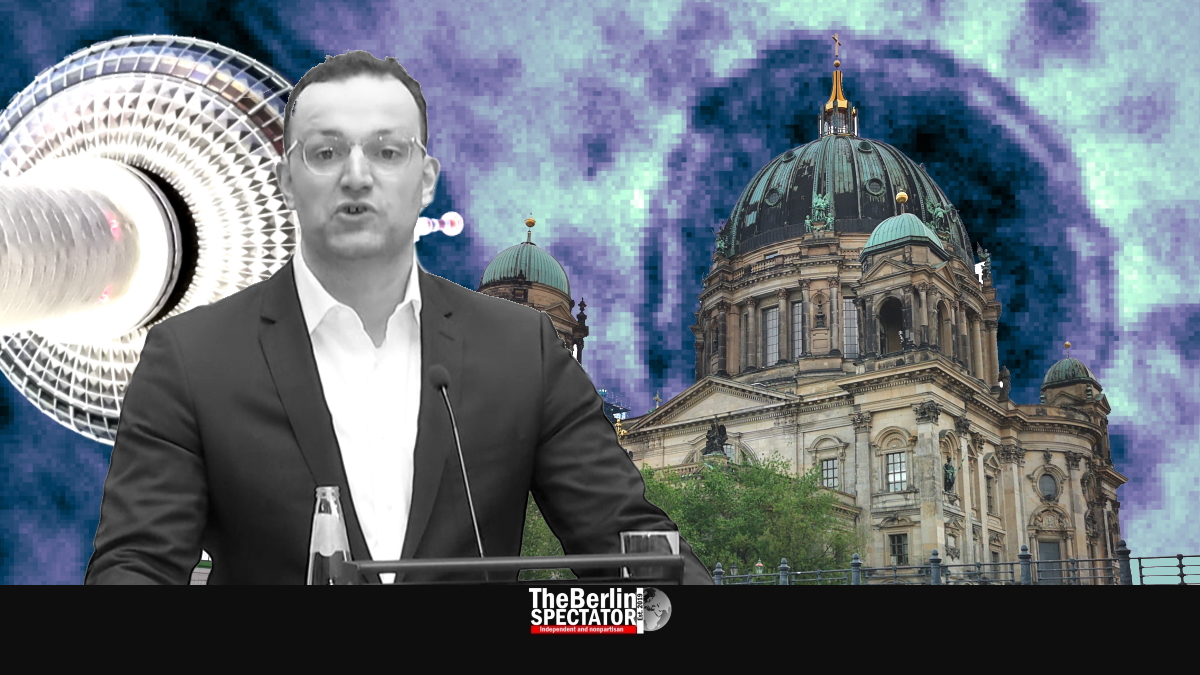 In Germany, the number of individuals infected with the Coronavirus is growing alarmingly fast. Because of the terrible situation in two neighboring countries, the residents of Bavaria and the city of Freiburg will be confined to their homes starting on Saturday.

Update Bavaria, 2:27 p.m.: First Minister Markus Söder announced a general curfew on Friday which comes into effect at midnight tonight. Residents will not be allowed to leave their homes anymore without good reasons. Those are going to work, visiting one’s life partner or shopping for food. Taking walks or training outdoors is allowed, but only alone or with people who live in the same household. “We are shutting down public life almost completely”, Söder stated. Germany’s smallest province, the Saarland, will likely follow suit later today.

There were more than 17,000 Coronavirus cases in Germany on Friday in the early afternoon, meaning the number doubled since Monday, tripled within five days and quintupled within a week. So far, 47 Coronavirus patients have died in Germany. While every death is one too many, that number is low compared to other countries with a comparable number of cases.

Regarding the number of cured individuals, there are no reliable data because hospitals and doctors are not required to report them. But the data available show that the situation in Germany is deteriorating. The number of cases is increasing more rapidly every day right now.

So far there is no general curfew in Germany or any of its sixteen federal states. But the first towns in Bavaria and the city of Freiburg in Baden-Württemberg are restricting their residents’ movement. In Freiburg, the authorities imposed a ban on entering public areas. The measure will take effect on Saturday and end on April 3rd if it is not prolonged.

Freiburg’s Mayor Martin Horn had taken this decision due to the worrisome situation in two neighboring countries, namely France and Switzerland, the local authorities said. Both are just around the corner from the city in Germany’s very south-west. “In this situation, the protection of the residents has to take priority over all other aspects”, Horn reportedly said.

The measure means that people in Freiburg may leave their houses or apartments for urgent errands only. Residents who wish to be outdoors, for instance for walks or training, may go alone or in pairs, or with members of their household. They need to keep a distance of 1.5 meters (5 feet) from everyone else. Of course shopping for groceries or going to the doctor is allowed.

In case the measures taken in the rest of Germany do not lead to improvement or if they are not being adhered to well enough, rules of this kind might be imposed on entire federal states or all of Germany soon. Any decision in this regard might be taken as early as this weekend.

On Sunday night, Chancellor Angela Merkel and the First Ministers of Germany’s federal states will have a discussion on the phone. According to Chancellery Minister Helge Braun the question whether or not curfews will be imposed is on the agenda.

The answer to that question is connected to what will happen tomorrow. “We will closely monitor people’s behavior on Saturday” Braun told the ‘Spiegel’ weekly. He stated the government wanted to avoid curfews. But if there was no other way, this kind of measure would be taken.

In Berlin, Health Minister Jens Spahn announced a program designed to help caretakers and people in need of care. He also asked all Germans to stay at home, reiterating that all the measures the government had taken to make sure the health system would not be overburdened would only work if the citizens did their part.

Especially those who were not part of any risk group needed to do the right thing for those who were, namely the elderly and people with pre-existing conditions, Spahn said. Solidarity between the generations was important. Those who helped these days, including caretakers and medical staff, needed help too. They needed people to stay at home.

Minister Spahn said he had seen things that made him wonder how many times certain messages needed to be conveyed. “When you are on the go, try to keep your distance wherever possible”, he stated. “That way you are protecting yourself and your surrounding.”

‘Months Rather than Weeks’

According to Jens Spahn, this situation will last “for many months rather than many weeks”. After Easter, the government would analyze the situation in cooperation with the Robert Koch Institute, which is the equivalent of the CDC in the United States of America. Within ten to 14 days it would be possible to see whether and how the measures taken would have any effect.

On Friday morning, there were almost 5,000 Coronavirus cases in North Rhine-Westphalia alone, more than 2,700 in Baden-Württemberg and above 2,200 in Bavaria. Lower Saxony was approaching 1,000 cases this morning, Rhineland-Palatinate and Hesse were at around 750 and there were 688 cases in Berlin.

In the German capital, cruise vessels on the Spree river just ceased operations. The Senate of the city state of Berlin is working on a solution for homeless people during the Corona crisis, and it decided to allocate 600 million Euro (646 million U.S. Dollars or 553 Pounds Sterling) to helping small companies and freelancers cope with the crisis.

Berlin’s airports have lost 75 percent of their usual passenger flights while the freight business actually increased in the crisis. The opening of the new BER airport will take place on October 31st, 2020, in spite of Corona.