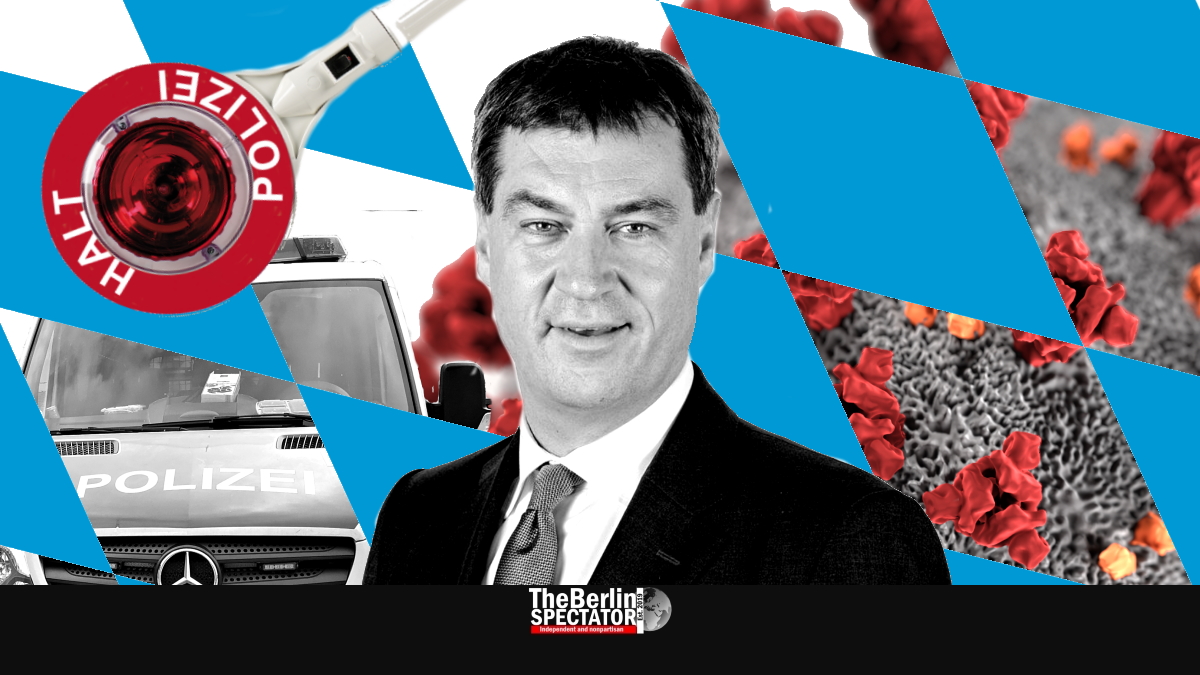 Because of its federalist system, Germany’s federal states take big decisions themselves. Now, in the Coronavirus crisis, this aspect has led to a major chaos of regulations.

Germany’s federalism is great, until it is not. In the Coronavirus crisis, the country’s sixteen federal states have the right to implement their own rules and restrictions. Early on Saturday, a curfew is Bavaria took effect. Residents are allowed to leave their homes only when they go to work, when they shop for food or when they go to their doctor. The small Saarland followed suit, in the rest of Germany anyone may go anywhere he or she pleases.

Some federal states imposed new rules for gatherings. In Hesse and Rhineland-Palatinate, meetings or events with more than five participants are forbidden. In Baden-Württemberg, up to three people may meet, in Hamburg the limit was set to six. This is what Germans call a “patchwork rug” of bans and regulations which, many believe, is not really helpful in a situation like this one.

To some, Bavaria’s First Minister Markus Söder is a hero who is surging ahead and doing what needs to be done with his curfew. Others believe he just wanted to be in the center of the attention again. Söder’s critics believe he could have waited until Chancellor Angela Merkel discusses the situation with all First Ministers later this weekend because they might agree on a national rule all of them could have implemented at the same time.

Now the solo action in Bavaria and the action taken by other federal states leads to confusion and a rather big mess. On the other hand many people in all of Germany may not have understood what kind of alarming situation everyone is in. They kept on ignoring what the experts and the federal government have asked them to do for several weeks now, which is to stay at home and not to gather on streets or in parks, which is the situation Söder wanted to end sooner rather than later.

It remains to be seen how Germany behaves today. According to Chancellery Minister Helge Braun, the government will monitor the situation. Any decision for or against a nationwide curfew on Sunday will depend on the question whether the nation shows that it has understood or not.

In Germany, the number of persons infected with the Coronavirus hit 20,000 this morning. In Germany’s largest federal state North Rhine-Westphalia alone more than 6,000 individuals were infected. Baden-Württemberg was at 3,600, Bavaria at 3,100 and Lower Saxony had more than 1,200 cases. In Hesse, Rhineland-Palatinate and Berlin, the 1,000 mark will likely be exceeded today.

A 95-year-old man died of the disease caused by the Coronavirus on Friday in Berlin. He was the first person to pass away as a result of the spread of the virus in the German capital, where Governing Mayor Michael Müller and his Senators intend to discuss stricter regulations this weekend as well. At one retirement home in Würzburg, nine people reportedly died of the respiratory illnesses caused by the Coronavirus, and many caretakers are infected.

Some Berlin districts are about to close their playgrounds as well, schools are postponing their Abitur (equivalent of high school diplomas in North America or A-levels in Britain) exams. Along with the number of infected, the number of jobless Berliners is rising rapidly, because of the virus. All over Berlin, residents opened their windows on 9:00 p.m. on Friday in order to applaud doctors, nurses and others who are working relentlessly on helping and saving people.

In the meantime, tens of thousands of German tourists are still stuck in many countries around the world. Days ago, Foreign Minister Heiko Maas jump-started a retrieval program the federal government allocated 50 million Euro (56 million U.S. Dollars or 45 million Pounds Sterling) for. In an interview with the ARD radio and TV network, he said some 10,000 people per day would be flown home at this stage.

Maas stated, up to 200,000 Germans needed to be picked up. At this stage, retrievals from Argentina, Costa Rica, the Dominican Republic, Egypt, Morocco, Peru, the Philippines and Tunisia had the highest priority. According to the Foreign Minister, 20,000 Germans were already picked up from Turkey and 25,000 from Spain. Up to 35,000 German tourists were stuck in Egypt.