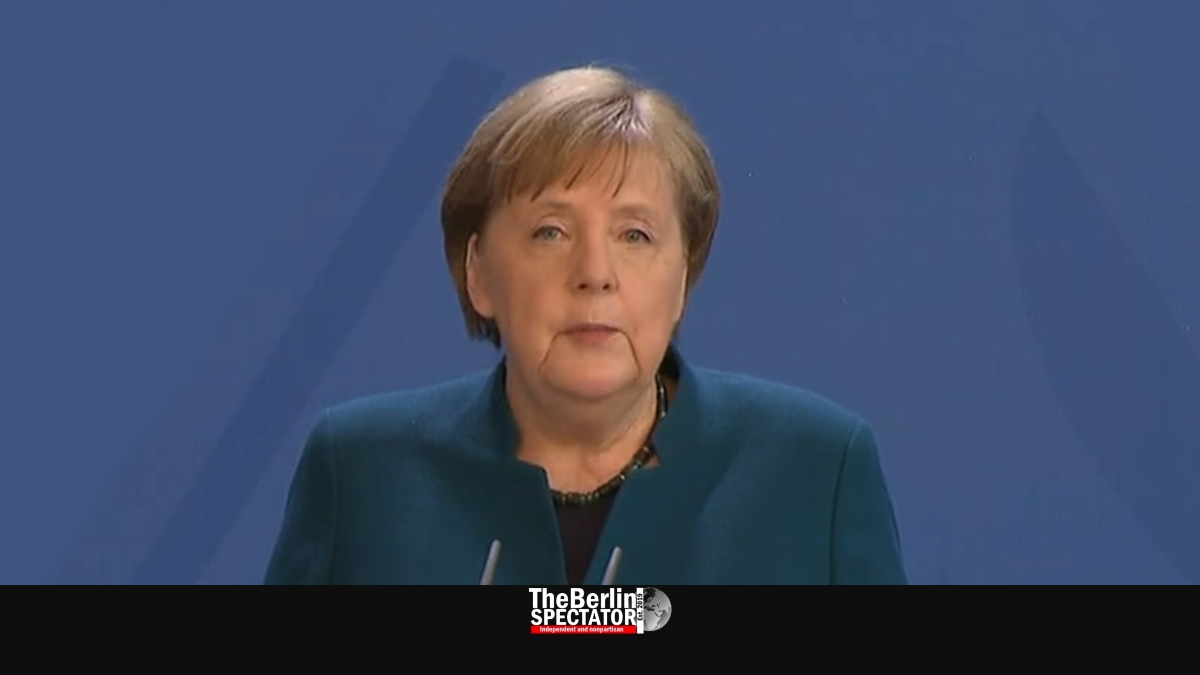 In Berlin, Chancellor Angela Merkel announced a ‘curfew light’ which is supposed to take effect on Monday. The government calls it a ‘contact ban’.

While the number of persons infected with the Coronavirus in Germany was approaching the 25,000 mark on Sunday evening, the country’s head of government called the development “alarming”. Merkel said the majority of all people in Germany had understood that everyone’s behavior counted in this crisis.

‘This Is How We Save Lives’

“I know it is difficult when you can’t just visit grandparents of friends”, she said. “This is how we show we care. This is how we save lives”, Merkel told the nation, just after she had completed online talks with the First Ministers of all sixteen federal states within Germany. They agreed to nationwide measures, two days after Bavaria and Saarland had imposed similar rules on their turf without waiting for the rest of the country.

Their steps had been criticized. According to information from within the online meeting, a loud argument was being fought out between Markus Söder, Bavaria’s First Minister, and his colleague from North Rhine-Westphalia Armin Laschet. After the online meeting, Söder tweeted Bavaria was facing “the biggest challenge since World War II.” It had lead the way and many other federal states had followed it.

Merkel said the spread of the Coronavirus was dynamic which was why the government needed to be flexible in its reactions to the situation. On that note, the federal government and the federal states had decided to “extend the guidelines”. This was about reducing public life and social contacts further. She also stated it was important to have the same rules everywhere in Germany and to “buy time in the fight against the virus.”

These are the rules:

Angela Merkel explained these were not some recommendations, but rules. “To those who had trouble following the rules so far: Please join us”, the Chancellor said. It was encouraging to see how millions had already acted responsibly. Once the required ordinance is on the table on Monday, the new set of measures is supposed to take effect.

The Chancellor is now in quarantine herself, just like thousands of other Germans. She was in contact with a doctor who was tested positive for the Coronavirus.