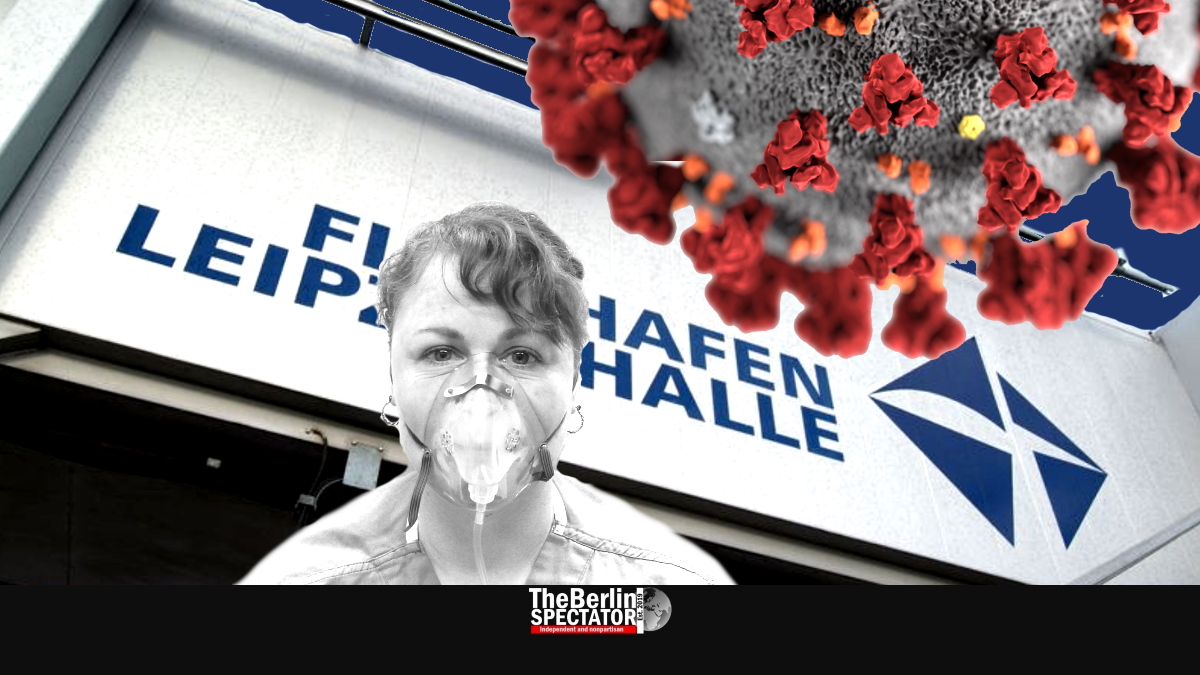 French and Italian citizens suffering from the respiratory disease caused by the Coronavirus are now being treated at German hospitals in three federal states. For now, they have the capacity to help other Europeans.

A day after the nationwide ‘contact ban’ came into effect in Germany, a measure that is supposed to curb what humans are all about, namely social contacts, the nation, including virology experts and the politicians who implemented the ban, were hoping the step might reverse the development seen in the past weeks or at least slow it down substantially.

Many Germans believe Chancellor Angela Merkel is doing a good job in this crisis. While the support for her conservative party CDU rose in the polls, she was forced to govern the country from her home since a doctor infected with the Coronavirus gave her a vaccination. Merkel’s first Corona test turned out negative.

Tuesday was day number 58 since the first Coronavirus case was reported in Germany. The rather harmless first wave during which a total of 16 people tested positive hardly changed things in most of the country. Fourteen Germans had been infected through one single source in Bavaria. Two more cases were evacuees flown in from Bavaria.

Twenty-eight days ago, the start of the second wave changed everything. Germans who returned from northern Italy or Iran and people who participated in carnival celebrations in North Rhine-Westphalia were the first reported Coronavirus cases after the situation had been calm for a few days between the two waves. Early this morning, the number of infected stood at 29,056. In the early afternoon, there were more than 31,000.

In a situation like the Coronavirus crisis, statements can quickly seem superseded. On January 24th, sixty days ago, the German Health Ministry in Berlin said there was “no reason for unease or alarmism” because of the Coronavirus. With today’s knowledge they should have said unease and alarmism were right and only natural, or they could just have refrained from saying anything in this direction.

These are also the days during which the Health Ministry and the Berlin Senate warned residents of fake news that said the authorities were preparing to introduce stricter measures. Just days later, they actually did introduce stricter measures. Fake news and conspiracy theories are a problem indeed, in this crisis as well, but the two news items the government and the Senate warned people of turned out to be accurate, at least in part. But, in one case, the news author had illegally used the Berlin Senate’s logo. Other fake news authors the German Bundeswehr warned people of said there was a military buildup due to “diabolic invasion plans”.

These are the days during which most people want to do the right thing. Mrs. Merkel, Germany’s head of government, did when she got a vaccination. Then it turned out she should not have. The Chancellor is not alone. An appointment can suddenly put people into quarantine. A trip on public transport vehicles, shopping at the supermarket or almost anything, including touching a door handle and then scratching ones face, can lead to an infection.

In order to make sure residents adhere to the new rules, North Rhine-Westphalia, the federal state affected most by the Coronavirus crisis with more than 8,000 cases, is reportedly preparing a catalog of fines for violations. Meeting more than one person from other households might cost 200 Euro (216 U.S. Dollars or 186 Pounds Sterling), opening a bar or other business could trigger a fine in the amount of 5,000 Euro (5394 Dollars or 4642 Pounds).

In the meantime, eight Coronavirus patients from Italy arrived at Leipzig-Halle Airport early this morning. They are supposed to be treated at different clinics in Saxony. Italy had requested help of this kind. For now, several hospitals in Saxony still have open capacities which is why First Minister Michael Kretschmer agreed. Two Italians are in intensive care at Leipzig’s University Clinic. They are reportedly in critical condition. Seven French Coronavirus patients are being treated in Rhineland-Palatinate and Saarland, two provinces in the western part of Germany.

The Foreign Ministry in Berlin is still working on flying German tourists back home from tourist destinations. According to Foreign Minister Heiko Maas, who is running a big pickup endeavor, 120,000 vacationers were already flown back, but some 80,000 Germans are still stuck in countries like Chile, Mexico, New Zealand or Gambia. He coordinated more pickups of tourists with his E.U. colleagues on Monday.

In order to fly 200,000 people over long distances, 500 Boeing 747 aircraft are needed, 400 Airbus A380s or 550 Boeing 777s. Maas said the retrieval of tourists from those countries overseas was more complicated because they had to get to the airport first. Before, Maas had flown out German citizens from Morocco, Egypt and other countries located closer to home.

In Germany, the ‘contact ban’ which confines people to their homes leads to grave secondary problems. Family Minister Franziska Giffey and the Confederation of German Police Detectives expect the number of domestic violence cases, especially against children and women, to increase. Giffey asked the federal states to make sure there is enough space in women’s shelters.

More than 1,200 Coronavirus cases have now been confirmed in Berlin. Paramedics in the German capital are supposed to wear protective masks at all times, from now on. Many people working at supermarkets or similar facilities do not. On Monday, employees at a post office in Berlin’s Kreuzberg district neither wore masks nor plastic gloves while they welcomed customers.

One of the two airports in and around Berlin, either Tegel or Schönefeld, might be closed temporarily because the number of passengers has slumped. This morning, most flights were cancelled. Until 7:00 a.m., only four flights were supposed to take off from the Berlin Brandenburg region, namely one to Athens, one to Cologne Bonn Airport, one to Thessaloniki and one to Frankfurt. On regular days, there would have been dozens of flights.