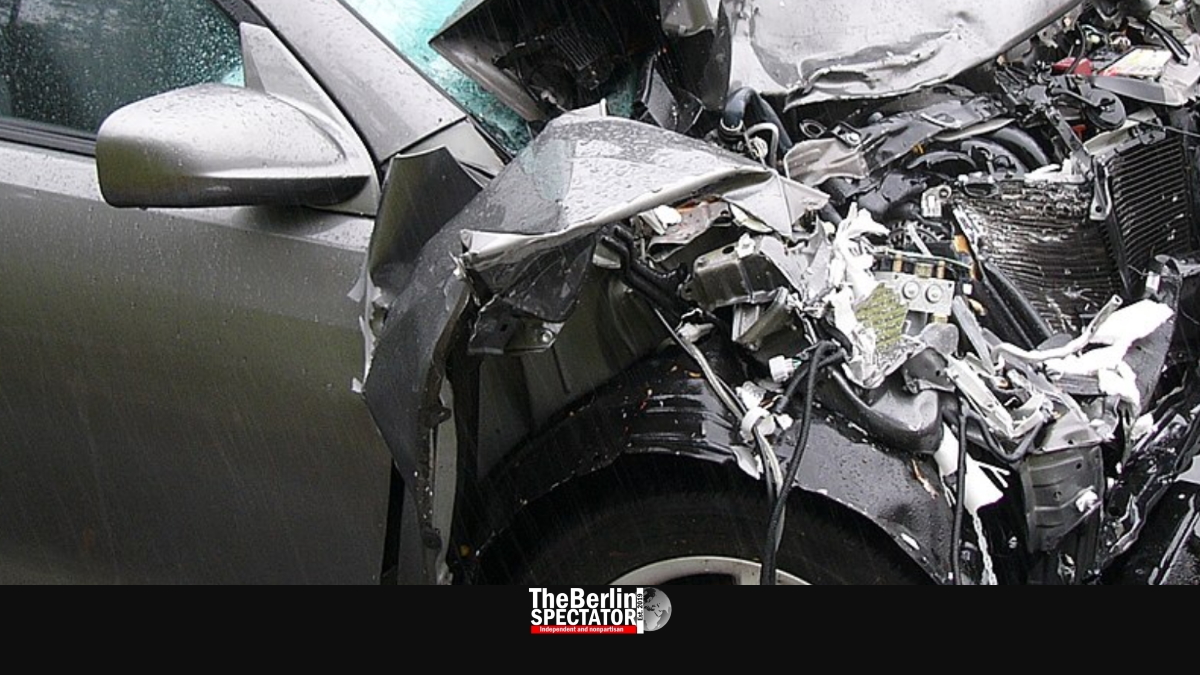 On the streets of Berlin, the number of accidents rose by two percent in 2019, compared to the year before. But less people died. The German capital’s police department just released the numbers.

Berlin has been growing rapidly for a while now. This means the number of traffic participants has been increasing as well. There are more cars, trucks, buses, motorbikes, bicycles and pedestrians. Last year, a new means of transport was added, namely the e-scooter.

The number of accidents on the streets of Berlin has been increasing for that reason. In 2019, police were called to crash scenes every three and a half minutes. Police Chief Barbara Slowik’s authority was very busy. A total of 147,306 accidents were counted, two percent more than in 2018, in spite of all the efforts to counter that trend.

Prevention is something Berlin’s police is constantly working on. It is waging war against speeding drivers. New zones with a maximum speed of 30 km/h (17 MPH) were introduced. As it turns out these measures were not enough to get the number of accidents down.

Statistically, there were 353 accidents with material damage per day in Berlin last year. A total of 17,797 individuals were injured and 40 died. In 2018, 45 people had died on the streets of Berlin, but every victim is one too many. The police department wants to get a lot closer to zero victims.

Three in four fatalities in 2019 were among the weakest traffic participants, namely bicyclists or pedestrians. According to the police, “misconduct towards pedestrians” and speeding were the cause in most fatal accidents. “Unprotected traffic participants” would remain the focus for Berlin’s police this year, a statement said.

The speeding issue is rather grave. Last year, as many as 1,149,405 speed violations were registered and the users fined or punished otherwise. A lot of traffic checks the police department conducted were concentrating on speeding violations, others to mistakes drivers make while taking turns. Especially trucks that make right turns are a danger to the lives of bicyclists.

More speed traps were installed in Berlin. Those have three advantages: They catch speeding drivers, they have a deterrent function and they generate a lot of income. In 2018, Berlin made 3,681,928 Euro (4,062,013 Dollars or 3,217,175 Pounds) with its stationary and movable speed traps in spite of big investments into new ones. How much the city generated in 2019 is not known at this moment.

Police also fought against illegal car races in the city. Their number increased by one third. As many as 362 legal proceedings were initiated against those responsible in 2019. A total of 186 vehicles and 197 drivers licenses were confiscated.

Related article: ‘Berlin: How a Sad Story Became a Scandal‘