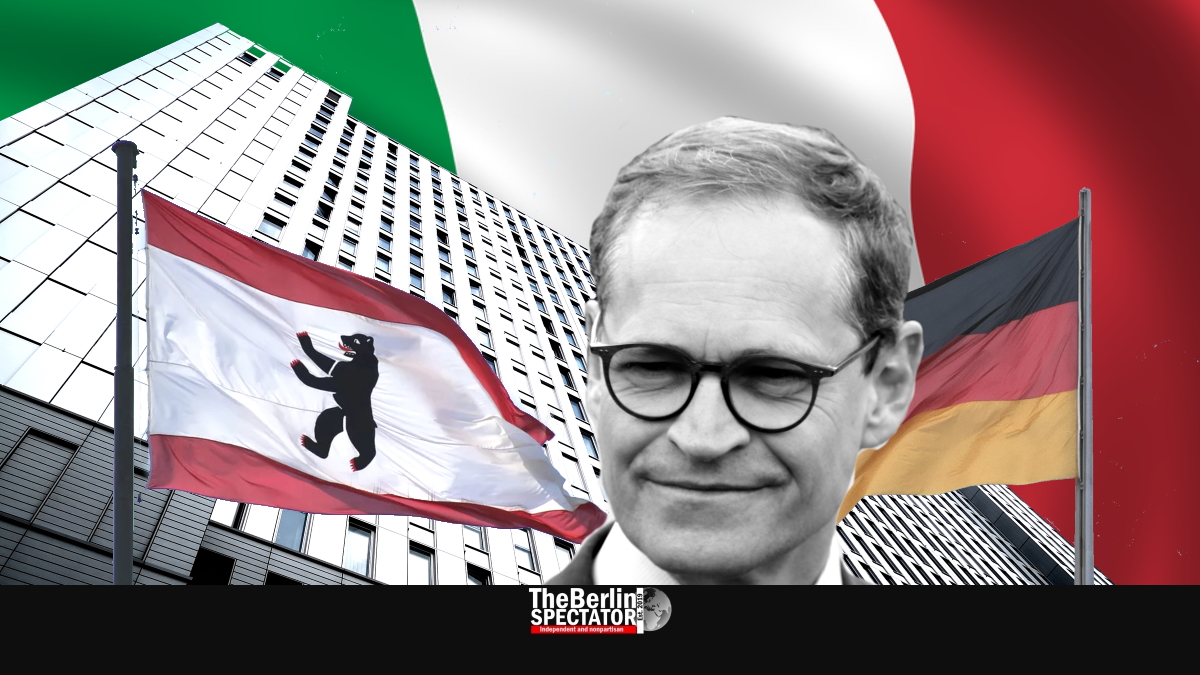 Berlin and other federal states within Germany are following Saxony, Saarland and Rhineland-Palatinate. They too want to have Italian Coronavirus patients treated at their hospitals, as long as they still have capacities.

Germany is showing European solidarity in an unprecedented crisis that is affecting the entire world. A day after the federal states of Rhineland-Palatinate, Saarland and Saxony accepted the first French and Italian Coronavirus patients for treatment, other federal states are following suit.

Since Germany still has capacities in the intensive care units of some of its hospitals, it wants to save lives from abroad. In Berlin, Governing Mayor Michael Müller told RBB TV, solidarity did not stop at the city limits. “We want to help by accepting patients from Italy.” Müller stated he had spoken to the Director of the Charité hospital before making this offer.

Müller is not alone. Bavaria’s First Minister Markus Söder announced, hospitals in his federal state would treat Italian patients too. Even North Rhine-Westphalia, the federal state most affected by the Coronavirus in Germany, is ready to treat ten patients from Italy, where the situation is unbearable and the health system cannot help everyone who needs to be saved.

Yesterday, the first French patients had arrived in Saarland and Rhineland-Palatinate while Italians who were in critical condition were flown to Leipzig by the Italian Air Force. Two of them are being treated at Leipzig’s University Clinic, others were taken to other hospitals.

For days, Governing Mayor Müller has been plastering the social media with recommendations regarding people’s behavior during this crisis. On Tuesday he did so in thirteen languages, including Italian: “Berlino lotta insieme contro il Coronavirus. Aiutateci! Ridurre i contatti sociali al minimo. Aiutatevi e siate solidari.” The English version: “Berlin sticks together in the fight against the Coronavirus. Support each other! Reduce your social contacts to a minimum. Assist one another and show solidarity.”

Germany is one of the countries most affected by the Coronavirus in terms of the number of confirmed cases. On the other hand its death rate is comparatively low. This morning, Italy had more than 69,000 cases. Spain has 42,000 confirmed Coronavirus cases, Germany 32,000.

More than 6,800 Italians have died from the respiratory disease caused by the virus. So have almost 3,000 people in Spain. In Germany, exactly 159 people have died. At this stage, the German health system is not overwhelmed yet. It might (or might not) be in a few weeks from now. Experts are not able to predict what the situation will look like in two, four or six weeks from now, but they hope it will not be as bad as it is in other European countries such as Italy or Spain.

In Berlin, a third Coronavirus patient died on Tuesday. He was 42 years old. It is unclear what exactly led to his death. Before, two elderly men, aged 70 and 95, had died of the virus in the German capital, where a total of 1,425 individuals were infected by Tuesday night.

On the second day of the ‘contact ban’ the federal government and federal states had imposed on the country on Sunday, Berlin was a very quiet city. There was some traffic on its main streets, but very few people were seen on the streets. It was a somewhat surreal picture. (Read separate piece ‘Berlin During ‘Contact Ban’: Overzealous Police, Empty Streets‘)