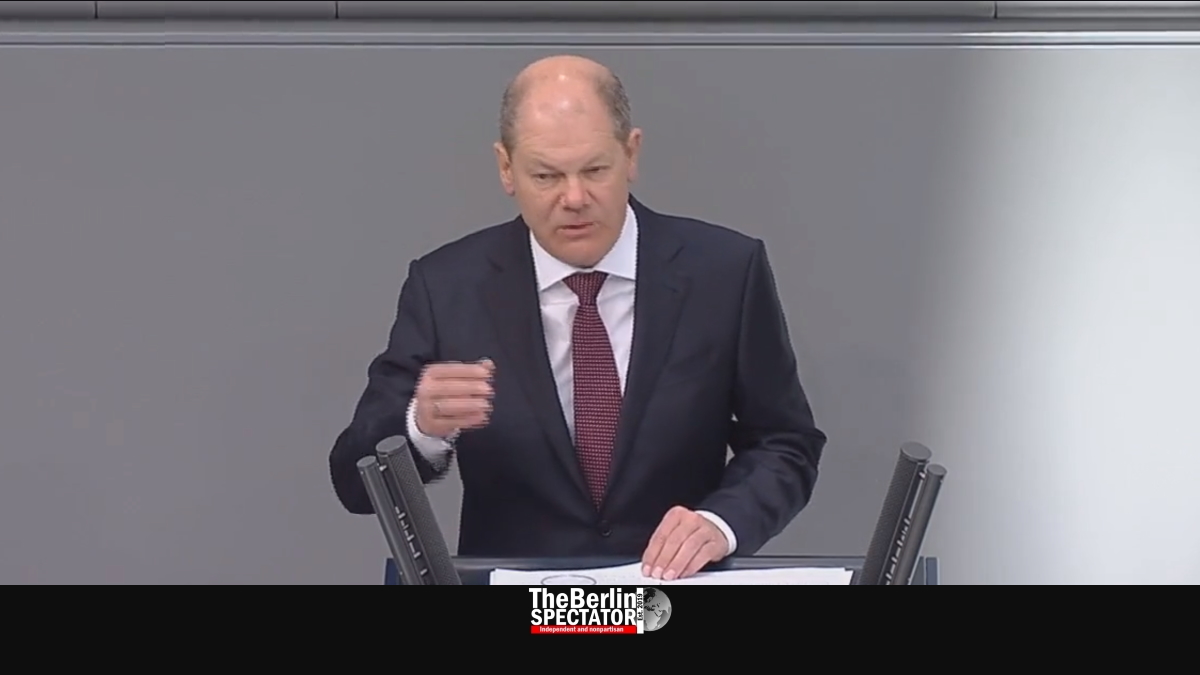 At the Berlin Bundestag, Germany’s Vice Chancellor and Finance Minister Olaf Scholz promoted his gigantic Coronavirus aid package. The parliament was supposed to approve it later on Wednesday.

At the Bundestag, MPs kept their distance. Only a limited number of seats was open in order to make sure the 5-feet rule the government and experts keep on recommending to everyone was adhered to. Chancellor Angela Merkel followed the session from her ‘home office’ because she had been in contact with an infected doctor last weekend and needed to be in quarantine.

Vice Chancellor Olaf Scholz said the Corona crisis was a fateful challenge for humanity, also because there was no therapy yet. It showed “how vulnerable we are, and that politics concepts that say the individual needs to get by on his own are wrong.”

Scholz stated it was important to stand together and to show solidarity in Europe as well. The Coronavirus pandemic was a national challenge too and the situation was difficult. It was tough to live with restrictions on the freedom of movement. “We rely on the enlightened understanding of the citizens”, Scholz said at the Bundestag. Most of them adhered to the new rules and knew why they were necessary.

The next weeks would be tough, he stated. While many people helped others, they were also worried about their income, their professional existence, about cancelled orders and interrupted supply chains. “As a country, we are doing everything possible to cushion the ramifications of the crisis”, the Vice Chancellor told the parliament in Berlin.

In a short time frame, intelligent answers to the challenges needed to be developed, Scholz stated. He thanked the MPs for being ready to look into the aid package he and his colleague, Commerce Minister Peter Altmaier, had come up with earlier this week and to vote on it.

The package worth 156 billion Euro (169 billion U.S. Dollars or 142 Pounds Sterling) includes aid for Germany’s hospitals, for small businesses and freelancers. It was also developed to stabilize the economy in the crisis and to save jobs.

Scholz said the state and the provinces could not have funded this kind of project alone. For that reason, the funds needed to be borrowed. The Federal Republic of Germany had an excellent standing at the world’s finance markets, Minister Scholz stressed.

He also thanked everyone who was helping during the Coronavirus crisis, including doctors, nurses, bus drivers, civil servants, police officers and others. “These coming weeks will be tough. We will cope with them if we are solidly united.”

The Bundestag session was an exception to the new rules in one way: Gatherings of more than two people are forbidden these days.