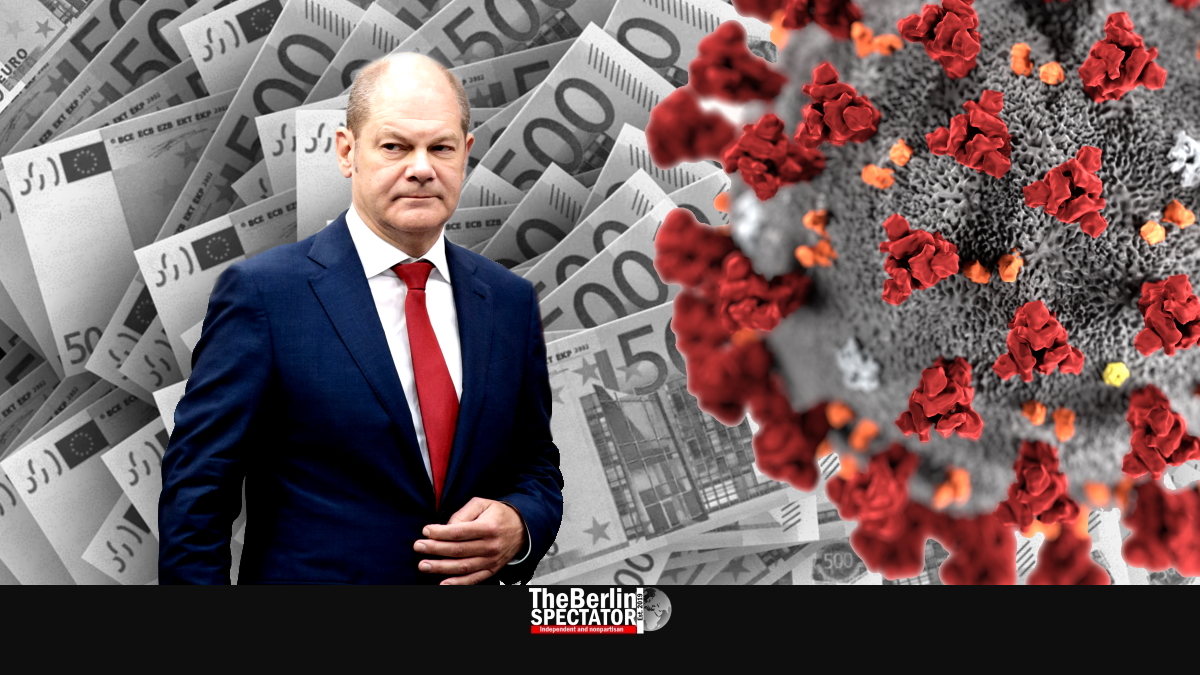 In the Federal Republic of Germany, ending the ‘contact ban’ is the most popular discussion subject, even though the measure was just implemented and has not shown the desired effect yet.

On the third day of Germany’s ‘contact ban’, a measure which is confining most citizens and other residents to their homes, people already demanded an “exit” from that situation. So far, the Robert Koch Institute in Berlin has not established any effect. It will take a lot longer. For now, the ban is in place for two weeks, but it might me prolonged or even turned into a curfew if it proves to be insufficient.

“How long will be persevere in this situation?” This is one of the most popular questions in German TV talk shows. One of the answers could be this one: “Much longer that we could in intensive care.” The Germans who died from the respiratory disease caused by the Coronavirus until Thursday morning had other worries while they fought for their lives and lost that battle.

Still, the discussion about an incremental return to normal live is being discussed in the federal government too. Chancellery Minister Helge Braun said, “the next phase” would include permissions to return to the streets for young people who were not part of any high risk groups. This would mean the elderly would have less rights. Any approach of this kind would definitely lead to legal challenges because everyone in Germany is supposed to have the same rights.

While those discussions were going on, Lufthansa was busy flying tons of medical supply and protective equipment to Germany. The German flag carrier used an Airbus A330 passenger aircraft for the transport. The badly needed material was strapped to seats and stored in overhead bins.

At Frankfurt Airport, Lufthansa’s main hub and Germany’s largest airport, things do not seem to be looking too good. According to German passengers quoted by the ‘Frankfurter Allgemeine Zeitung’ daily, compulsory measures are often not being implemented. Forms that need to be filled out by all passengers from overseas are not being distributed on some flights.

The report says, neither passengers at baggage claims nor people who picked them up were keeping their distance. The only reassuring aspect in this regard is the fact that Lufthansa has cancelled 95 percent of its passenger flights by now, meaning the number of passengers, crew members and airport staffers who could get infected with Corona in this situation at Frankfurt Airport is somewhat limited. Still the authorities in Hesse need to act, observers believe.

In the meantime, 47 out of the 206 people who died from the COVID-19 in Germany until Wednesday night passed away within 24 hours. This scary development mainly affected the federal state of Baden-Württemberg, where 19 individuals died yesterday, and North Rhine-Westphalia, where 12 related deaths occurred within one day. In Berlin, a 83-year-old man is the fourth person who died from the disease caused by the virus.

One of the patients affected by the Coronavirus crisis the most is the economy. Volkswagen, the world’s largest automaker, is expecting a normalization of the situation in summer. Germany’s Finance Minister Olaf Scholz mentioned possible “impulses” the country could give the economy after the crisis in order to revive it. The ability to be revived is a big advantage the economy has over humans.

After the Berlin Bundestag approved Scholz’ enormous aid package for companies of different sizes, hospitals and freelancers, the DAX stock index increased substantially and even hit 10,000 points temporarily. The package worth 156 billion Euro (169 billion U.S. Dollars or 142 Pounds Sterling) is supposed to stabilize the economy. A “rescue parachute” with a volume of 600 billion Euro (654 billion Dollars or 553 billion Pounds) was approved as well.

Hospitals will benefit from the package. Because there are capacities left in some intensive care units right now, Italian and French patients who are in critical condition are being treated there. Brandenburg will now accept four Italian patients. Two will be taken to the Bergmann Clinic in Potsdam, two more to the Carl Thiem Clinic in Cottbus.

On Thursday morning, Germany’s President Frank-Walter Steinmeier addressed the nation. He said it was difficult to “keep a distance from people we love and places that are important to us.” Not seeing parents, grandparents or friends, not going out and not partying was difficult even for him, Steinmeier conceded. “But only this approach helps us not to lose what we love.” The President stressed that solidarity was important, within Germany and in Europe.

Just a few minutes after Steinmeier, Berlin’s Governing Mayor Michael Müller made a government statement at the city state’s House of Representatives. He stated, Berlin would accept five patients from Italy who would be treated at the Charité Hospital.

Müller said Berlin had gone through many crises, but always withstood them in a defiant way. This crisis was about life and death. The kind of pictures the world had seen from Bergamo needed to be prevented. “We will fight for each and every life!”, the Governing Mayor told the representatives and the city.

“After the terror attack at Breitscheidplatz square, we held each other’s hands”, Müller said. But Corona was different. This time it was not a physical wall that separated friends and families, but an invisible one.