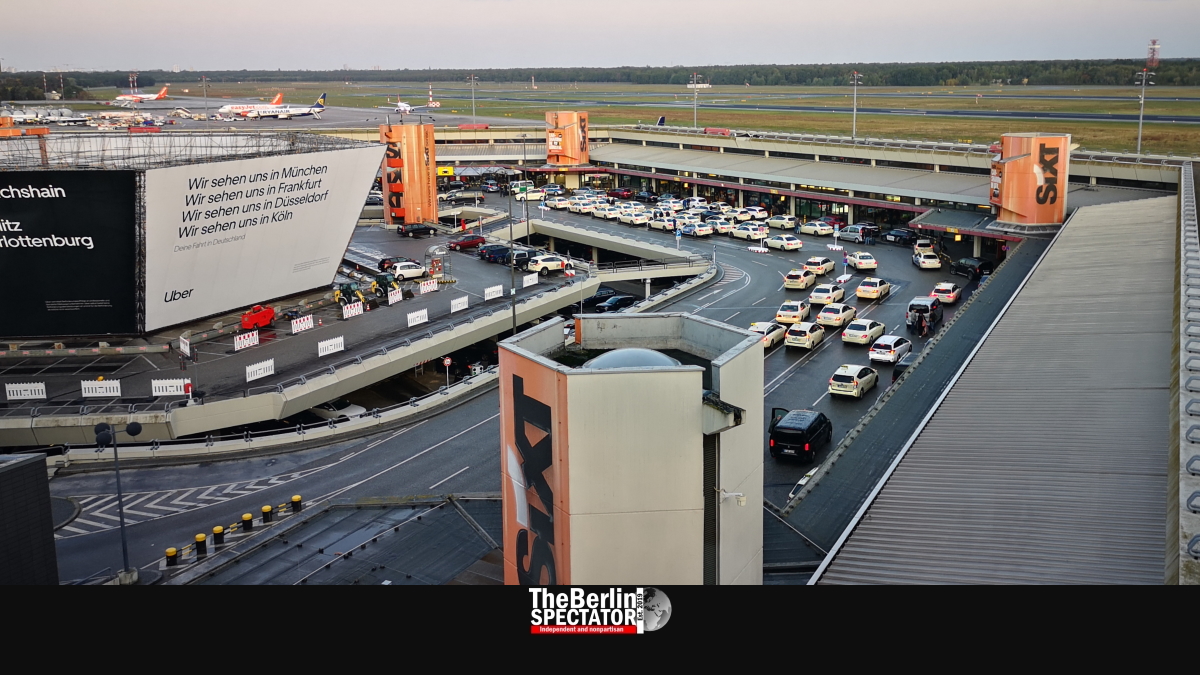 Update March 30th, 2020, 3:45 p.m. CEDT: At its corporate meeting, the FBB decided to postpone the decision on closing Tegel Airport. It will be taken after Easter.

Berlin and Brandenburg want to close Tegel Airport now because it is not needed in the crisis. If they get their way, it will likely be shut down for good.

In the Corona crisis, the number of passengers has slumped to 5 percent of what it was in normal times. These days, only 3,000 passengers per day are being served at Tegel and Schönefeld Airport combined. Now the ‘Morgenpost’ daily reports, Berlin and Brandenburg were ready to close Tegel.

Because the only operational airport left within Berlin’s city limits will be closed anyway, on November 8th, 2020, a week after the opening of BER Airport in Brandenburg, and due to the deep crisis the world and the region are going through, any closure implemented now would probably last for good.

But the third owner of Flughafen Berlin Brandenburg GmbH (FBB), the company which operates all major airports in the Berlin Brandenburg, namely the Federal Republic of Germany, does not want to close Tegel. While Germany owns 26 percent of FBB, Berlin and Brandenburg own 37 percent each. At a corporate meeting on Monday, a decision will be taken, according to the ‘Morgenpost’.

In a letter to the corporate board, FBB’s CEO Engelbert Lütke Daldrup pleaded for a closure, arguing the difficult financial situation the company was already in had escalated due to the Coronavirus crisis. Shutting down Tegel would save funds. Employees, including the airport’s fire department, could be of help elsewhere.

Passenger air traffic has almost collapsed in the entire world. Some two weeks ago, Tegel and Schönefeld Airport had about 25 percent of their usual traffic. Now they are down to 5. Lufthansa has almost ceased operations. The same applies to Ryanair, EasyJet and other airlines. Given the serious crisis, the International Air Transport Association (IATA) does not believe air traffic will be back to normal until 2021.

A Million a Day

At this stage, FBB is losing 1 million Euro (1.1 million Dollars or 0.9 million Pounds) per day because it hardly has any income. The enormous losses could be decreased substantially by closing Tegel, the company believes.

In Berlin, airports are generally a difficult subject because of the embarrassing 9-year delay BER Airport has. It was supposed to be inaugurated in 2011, but the opening was postponed a million times because of technical trouble.

Out of the four major airports the Berlin Brandenburg region has, two are operational at this stage:

> Tempelhof Airport was closed for flights in 2008. It is now ‘An Airport for Skaters, Cyclists and Dogs‘.

> Tegel Airport was supposed to be closed for good on November 8th, 2020, and converted into some kind of industrial complex. Now it might be shut down a lot earlier.