Germany: No Improvement on Day No. 63 of Coronavirus Crisis 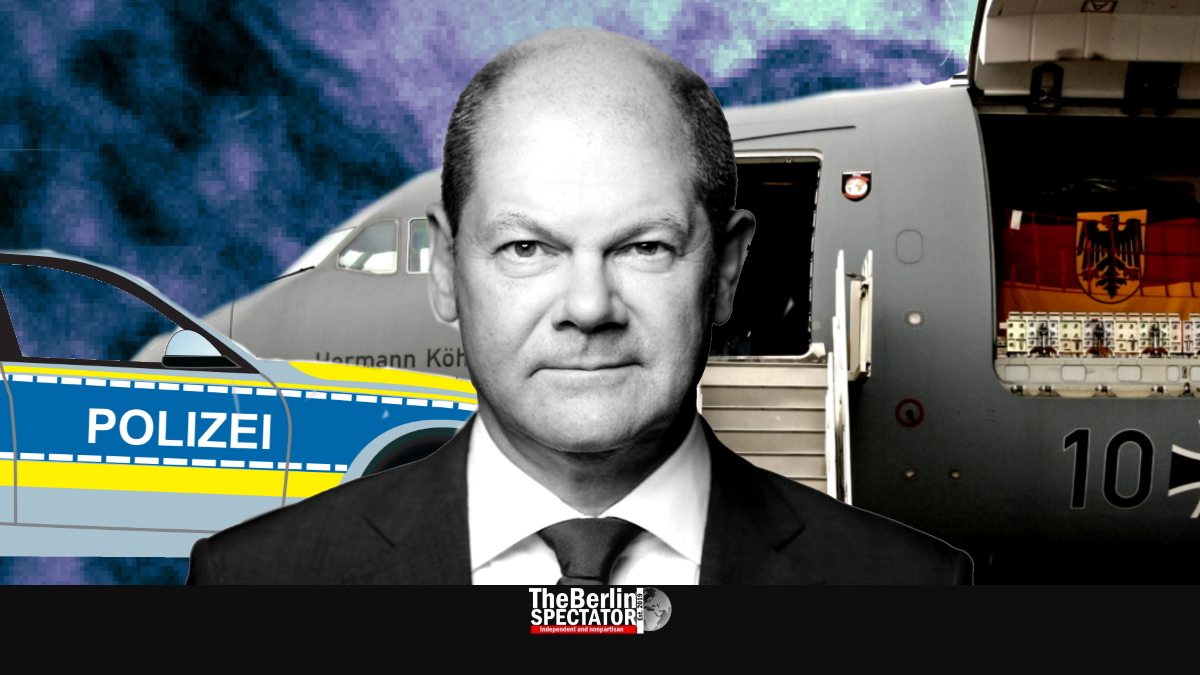 On day no. 63 of the Coronavirus crisis in Germany, there was no sign of improvement. The number on infected persons kept on growing, while the premature discussion about an end to the ‘contact ban’ continued.

As the number of people infected with the Coronavirus in Germany exceeded 60,000, the country’s Finance Minister and Vice Chancellor Olaf Scholz (on photo above) pleaded for higher salaries in the medical field. “When you believe certain people are system-relevant, they need to be paid properly”, he said.

“After the Corona crisis, we will see a reassessment of wages in Germany”, Minister Scholz stated. “The minimum wage will have to be increased to 12 Euro (13.29 Dollars or 10.74 Pounds Sterling), as I have demanded for a long time.”

Scholz also slammed those in Germany who keep on talking about an easing of the measures designed to slow down the spread of the Coronavirus at this stage. In a television interview, Scholz stated the measures were in place to save lives. “That is why I believe it is cynical when people suggest questions of health should be secondary, while economical questions should have priority.”

On Sunday, day no. 62 since the first Coronavirus case was confirmed in Germany, the country’s Luftwaffe (air force) was busy flying French Corona patients from Strasbourg to Ulm, where they will be treated at a hospital run by the Bundeswehr, Germany’s armed forces.

“France needs our help. Of course we will assist our friends”, Defense Minister Annegret Kramp-Karrenbauer stated on Sunday. “Together we are strong.” On Saturday, Italian patients from Bergamo had been picked up by the Luftwaffe’s ‘MedVac’ plane for treatment in Germany.

The worse the Coronavirus crisis gets, the more expensive important items seem to be becoming. Simple ‘FFP2’ protection masks used to be 0.45 Euro (0.50 Dollars or 0.40 Pounds). Now their price increased by 3,000 percent to 13.52 Euro (14.97 Dollars or 12.10 Pounds). The market for protective clothing is developing into the same direction.

For that reason, the federal state of North Rhine-Westphalia is preparing an Epidemic Law that would give the state the right to purchase all available products of this kind at a regular price. The draft also includes the state’s right to force hospitals to increase their capacities.

Another Three Weeks of Bans

Germany’s ‘contact ban’ which has been in place since last Monday will last at least another three weeks, according to Chancellery Minister Helge Braun. The E.U. Commission agreed with him and called upon people in all of Europe to continue to adhere to the rules that had been put in place to protect them. “Staying at home means saving lives”, the European Union’s Health Commissioner Stella Kyriakides told the Funke Media Group.

Wolfsburg is one of the places where the situation is deteriorating badly. The city’s University Clinic does not accept patients anymore because at least one employee is infected with the Coronavirus. At a home for the elderly in the same city, fifteen people have died of the virus by now, many more are infected, including caretakers.

At 7:15 a.m. this morning, 62,435 Germans and other residents in Germany were infected with the Coronavirus. There were 541 deaths. North Rhine-Westphalia and Bavaria reported more than 13,000 Coronavirus cases each, Baden-Württemberg had more than 11,000.

The crisis also leads to secondary problems. Germany’ water resources management association told the ‘Handelsblatt’ daily, the bathroom tissue shortage was a risk to the waste water system. Consumers who did not have toilet paper often used wet wipes, kitchen rolls or other products that might clog the pipes.

In the meantime, police in all parts of Germany were busy ending illegal gatherings on Saturday when the weather was sunny and warm. In Berlin they even had to end two protests. Several people were arrested. On Sunday, it got a lot colder in most of the country, which is why the issue largely resolved itself.

Police in North Rhine-Westphalia showed their creative side this past weekend, by providing a neat cutout sheet for children. They can use it to make a police car out of paper or cardboard. It is available here.

Gareth Hutchins: How to Survive the Apocalypse with Kids