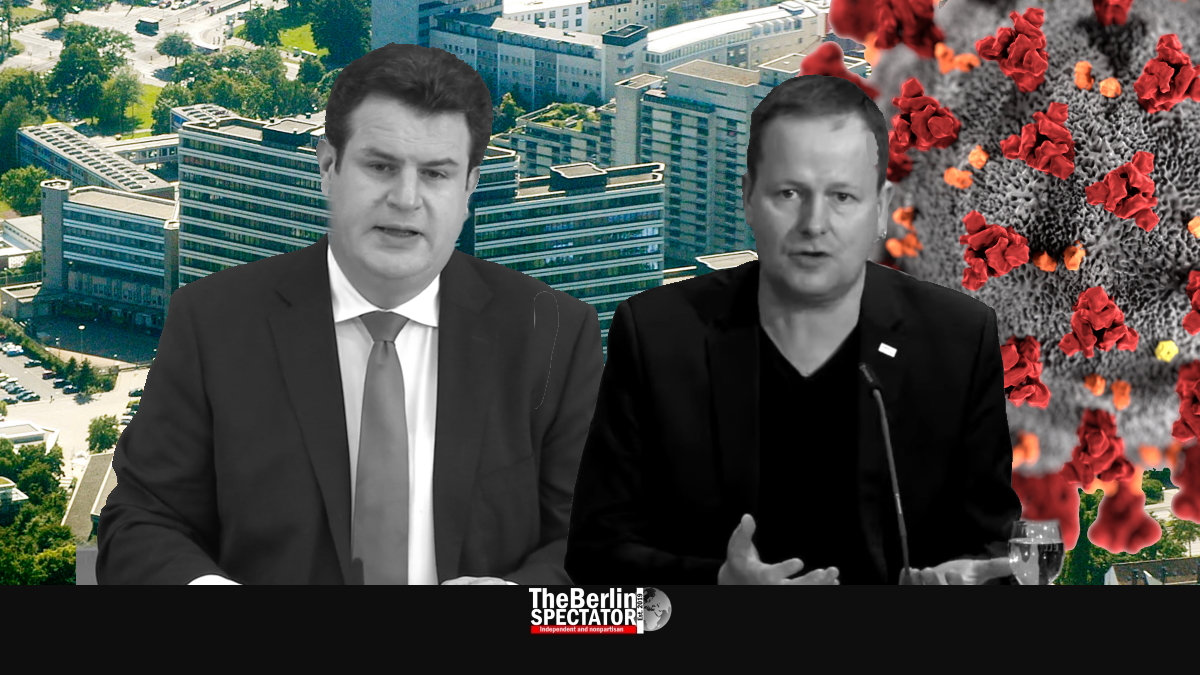 The Coronavirus is still spreading in Germany. In Berlin the number of infections keeps on increasing, but the growth is beginning to slow down.

In Berlin, the ‘contact ban’ which confines residents to their homes may be showing its first effect. The speed at which the Coronavirus is spreading in the German capital is decreasing. Recently it took seven days for the number of infected persons to double. Before, the number doubled more quickly.

A similar effect is being noticed at Berlin’s hospitals. Here the number of Coronavirus patients in intensive care now doubles every five days, meaning it slowed down compared to the past weeks. This does not mean the crisis will soon be overcome. It just means the spread seems to be slowing down in Berlin. This kind of good news in a terrible crisis was expected at some point.

All in all, the numbers for Germany do not look good at all. On Wednesday in the early morning, 71,808 people in Germany were infected with the Coronavirus. There are 775 deaths. The number of former Coronavirus patients who were cured stood at 15,826 this morning. But there may be many more. Doctors and hospitals are not required to enter cured patients into the system.

In Germany, the two federal states North Rhine-Westphalia and Bavaria are still affected the most, with more than 15,000 Coronavirus cases each. The south-western province of Baden-Württemberg registered more than 13,000 Corona patients. Berlin had 2,777 of them on Wednesday morning.

So far, as many as 470,000 businesses have announced reduced working hours because of the virus, according to the Federal Employment Agency. Germany’s Labour Minister Hubertus Heil (see photo at top of page, on the left) said, the applications had been coming in from virtually all business areas, including retail and the hospitality industry.

This would make sure millions could keep their jobs, Minister Heil said on Tuesday. He stated, the exact number of short-time workers would be known once businesses had actually implemented the measure. In the ongoing Corona crisis, Germany has approved several aid programs for freelancers, businesses, tenants and parents wort hundreds of billions of Euro. The short-time work program is part of those.

Commerce Minister Peter Altmaier said there was a chance for the German economy to catch up after the crisis-related slump, in the second half of the year. “The incisions will be felt very distinctively in April and May”, the Minister said in an interview with the ‘Rheinische Post’ daily. “In the second half of the year there will be a chance for catch-up effects.” But the economy would have to be jump-started with a big program after the Corona crisis, Altmaier conceded.

Germany’s federal states, including the city state of Berlin, are about to prolong the far-reaching measures they imposed on their residents a week ago. They have to stay in their homes, but there are exceptions. People may go to shop for food, to pharmacies or to work.

Walks, dog walks or training outdoors are allowed under certain conditions. Up to two people might be outside together. If there are more in one group, they need to live in the same household. Otherwise people need to keep a distance of 5 feet (1.5 meters) to others. Touristic trips or hotel stays are forbidden.

In Berlin, Vice Mayor and Culture Senator Klaus Lederer (see photo at top of page, on the right) announced, the restrictions would be in place longer. The Senate agreed that it was too early to ease the measures put in place. A decision would be taken on Thursday. A list of fines for offenses would be put together as well.

In the meantime, the First Minister of North Rhine-Westphalia, Armin Laschet, announced twenty Coronavirus patients from France and Italy would be treated in his federal state by tonight.

No ‘Corona Jokes’ on Fool’s Day

The German government has asked media and people to refrain from spreading “invented stories about the Coronavirus subject” on Fool’s Day, which is April 1st. The fight against the virus should not be impeded by April 1st “jokes” of this kind. “Corona is not a joke”, the government accurately said.

The Berlin Spectator chose a different subject for its Fool’s Day story.