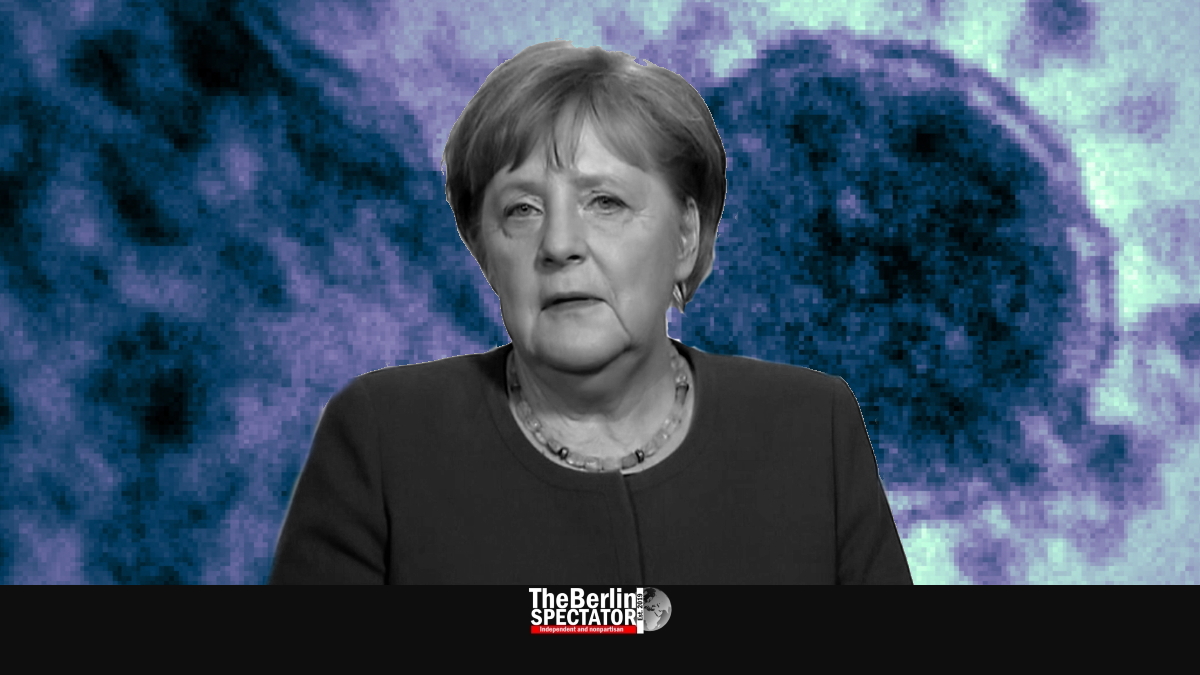 Chancellor Angela Merkel told the Germans they would have to “hang in there”, even during the upcoming Easter vacation. Taking trips, visiting people or attending prayer services would not be possible.

After a phone conference Angela Merkel held with the First Ministers of Germany’s sixteen federal states, she said the situation had been reassessed. The outcome was a prolongation of the ‘contact ban’ until April 19th, 2020, which is the last day of the Easter vacations in most of the country. There was a consistent approach, Merkel said in an audio podcast.

The Chancellor thanked “the citizens” for adhering to the contact restrictions. All in all, that rule had been followed sort of well. People had accepted it in order to help others, to save lives, and to keep “our health system” from being overwhelmed, Merkel said.

Merkel told the nation the measures taken had led to a slight effect. “But we are far from being able to change anything about the contact restrictions. Anyone here who is responsible in politics would love to tell you we can lift those measures. But we can’t. We need to hang in there.”

On April 14th, 2020, she and the First Ministers would assess the situation again, the Chancellor announced. Experts from the Robert Koch Institute, Germany’s equivalent of the CDC in the United States of America, “will tell us where we stand. This means we cannot say how things will be after Easter.”

Lifting the contact restrictions early and having to backpedal afterwards would be “terrible”, Chancellor Merkel stated. There was no alternative to continuing to obey the rules.

‘Pandemic Not Guided by Holidays’

Merkel explained how she and the First Ministers had talked about Easter and the fact that to many this holiday was connected to taking trips, visiting people and to going to church. “This year, it cannot be this way, because a pandemic is not being guided by holidays of this kind.”

In her podcast published on Wednesday night, the Chancellor asked residents to stay at home and to refrain from visiting people, including within Germany. Supraregional day trips should not be taken either, Merkel said. “I know this is tough, but it saves lives.”

The head of government, who is still in quarantine herself, stated the extension of intensive care units had been on the agenda too. It was all about preparing as well as possible for what might be coming. “We know we have to work hard on medical equipment and masks”, Merkel conceded.

She thanked the First Ministers for the cooperation and the discussion which had taken place “in a great atmosphere”. Last time, there had been a serious argument between Bavaria’s First Minister Markus Söder and his colleague from North Rhine-Westphalia, Armin Laschet.