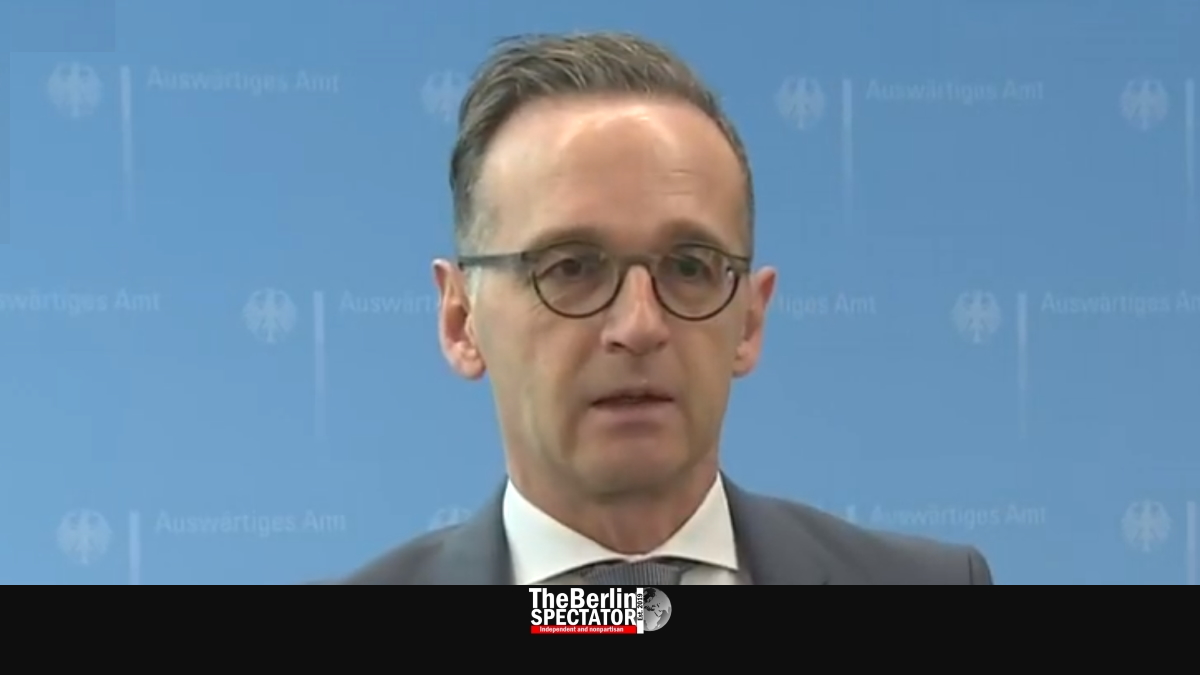 The Berlin Senate and Governing Mayor Michael Müller are furious because the United States supposedly “confiscated” protective masks for the Berlin police. The manufacturer disputes this version. So do U.S. officials. Now the Foreign Ministry in Berlin intends to find out what happened.

Michael Müller, the Governing Mayor of Berlin, sharply criticized U.S. President Donald Trump on Friday for allegedly purchasing 200,000 protective masks that had been bought for the Berlin Police Department. The United States reportedly outbid Berlin after the masks had already been paid for.

Müller said the masks had not made it to Berlin. President Trump’s actions were not exactly a sign of international solidarity, but “inhumane and unacceptable. From our federal government, we expect that they will insist on the adherence to international rules on the part of the United States”, the Governing Mayor stated.

Earlier today, Berlin’s Senator of the Interior, Andreas Geisel, had confirmed the masks purchased for the Berlin Police Department had been “confiscated at Bangkok Airport”. According to him, the ‘FFP-2’ masks were ordered from an American company which produces the items in China. According to German-language media reports, the manufacturer is ‘3M’.

“We believe this has to do with the export ban on masks implemented by the U.S. government”, Senator Geisel’s statement said. “At this stage, we are not able to go into details about what exactly happened at Bangkok Airport”, it read.

One thing is certain: The Berlin Senate is furious. “We see an act of modern day piracy”, Geisel stated. “This is not how to treat transatlantic partners. Even in times of global crises, Wild West methods should not be used”, the Senator said. Like Müller, he asked the federal government to intervene by talking to Washington.

The 200,000 masks were supposed to be flown to Berlin from Bangkok Airport. Most purchases of this kind are officially being made by the German Customs Agency in Bonn. The authority distributes the goods to authorities all over Germany.

For the conservative opposition in the city state of Berlin, the CDU’s Burkard Dregger said the Senate had “found the guilty ones in order to cover up its incapability”. The United States were not responsible for Berlin’s protective equipment. The problem was that there had not been any crisis provisions or crisis management.

Berlin’s local CDU politicians are among the few who have been following a partisan politics strategy even during the Corona crisis. While CDU and SPD have been cooperating very well in the federal government since the crisis began, Berlin’s CDU has not missed any opportunity it saw to criticize the Senate.

On Saturday, ‘3M’ reportedly disputed things happened the way the Berlin Senate said they did. The company did not have documents that could have confirmed any order of masks from China for the Berlin police, ‘3M’ said in a statement. Nor was there evidence for any confiscation.

Some German media quoted U.S. government officials on Saturday who said the allegations were all wrong. For the Berlin Senate, a spokesman corrected one aspect: The masks had actually been ordered through a German vendor. The information about the “confiscation” of 200,000 masks had come from that company. It was not known which manufacturer had made the masks. Before, ‘3M’ had been mentioned in German-language media.

Now the Berlin Senate is trying to get to the bottom of the issue. So far, no allegations have been retracted. On Saturday in the late afternoon, the German Foreign Ministry announced it was in the process of finding out what exactly happened. The embassies in Bangkok and Washington D.C. are on the case.