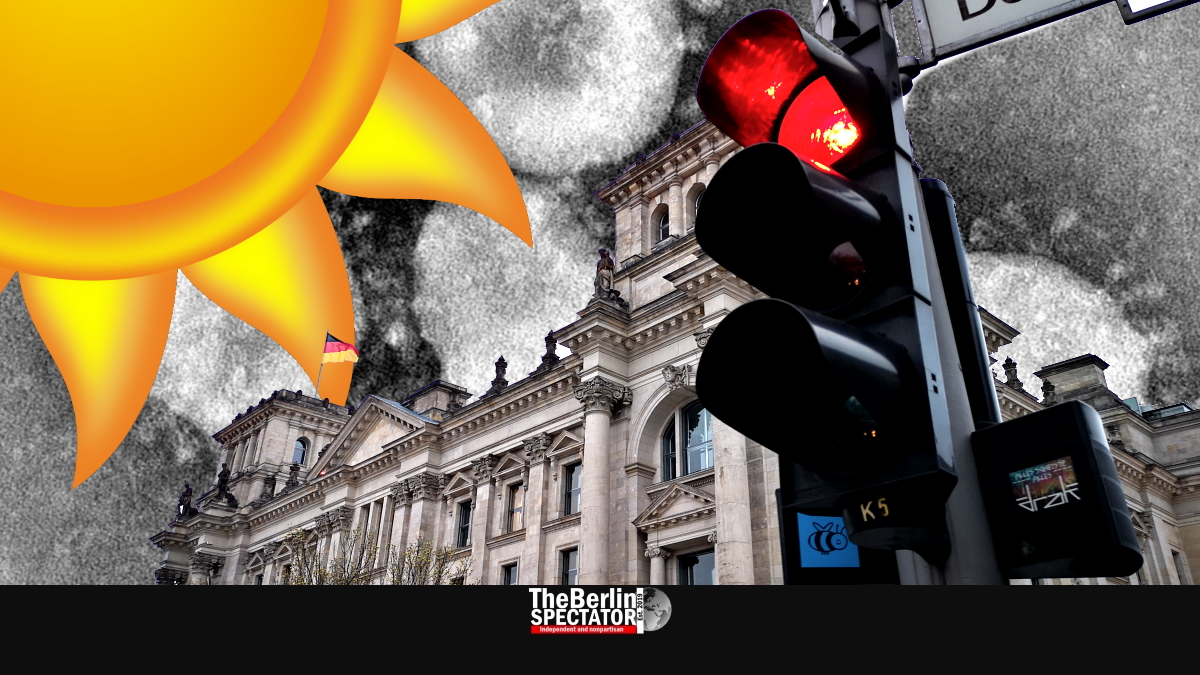 Germany now has more Coronavirus cases than China officially does. And its number of Corona-related deaths exceeds 1,000.

With 84,794 persons infected with the Coronavirus, Germany just replaced China on place no. 4 of the countries most affected. Of course this is based on the numbers the Chinese regime published, meaning it is unclear whether those are accurate. According to the authorities in Beijing, China had 82,443 cases at 6:00 a.m. CEDT this morning.

The number of Coronavirus-related deaths in Germany exceeded 1,000 on Thursday and stood at 1,107 early on Friday. Only five days ago, on March 29th, 2020, there had been less than 500 fatalities. According to the Robert Koch Institute, most of the first 583 Corona fatalities in Germany were elderly people.

Only 31 of them were under 60 years of age, 44 were between 60 and 69 years old, 130 were in their seventies, 305 in their eighties and more than 70 in their nineties. In some age groups, men were clearly more affected than women.

Malaria Medication to be Tested

The total number of Corona deaths in Germany is smaller than the number of Americans who died of COVID-19 in 24 hours earlier this week. With more tan 245,000 Coronavirus cases, the United States are the country most affected.

Back in Germany, media reported Health Minister Jens Spahn had said there were first indications that a Malaria medication called ‘Resochin’ could help during the treatment of Corona patients with a severe disease process. But more tests were necessary, Spahn told the ‘Bild’ daily, because the drug also known as ‘Chloroquin’ had side effects.

While the Berlin government and the European Union are still in the process of picking up tourists who are stranded in countries around the world, there is hardly any passenger air traffic in Germany. During the last week in March, 206,000 passengers were counted, or about 5 percent of the usual number.

Frankfurt Airport, the largest airport in Germany, is about to close one of its terminals. The city state of Berlin and neighboring Brandenburg had tried to shut down Tegel Airport in the German capital last weekend. But Transport Minister Andreas Scheuer vetoed the step. A new decision is supposed to be taken after Easter. The idea is to use Schönefeld Airport only.

Catalog of Fines for Berlin

In the meantime, the Berlin Senate just introduced fines for offenses against the ‘contact ban’ and other rules that are in place to slow down the spread of the Coronavirus. The existing measures were prolonged until April 19th, which is the day the Easter vacations end in most federal states within Germany.

The city state of Berlin also changed some rules. Sightseeing tours are not allowed anymore, holiday apartments may not be rented out. Dry cleaning businesses may now open. This was not the case before. Flight passengers who arrive in Berlin from abroad now have to go into quarantine for 14 days in all cases.

There had been many discussions regarding the rules about being outdoors. Berlin now revised those, to some extent. Individuals may take walks or do training outside with people who live in their household or with one person who does not. Breaks on benches are allowed as long as people keep a distance of at least 1.5 meters (5 feet).

Spring on its Way

On lawns or elsewhere on the ground, taking breaks is legal as long as there are 5 meters (16 feet) of space between people. Picnics or barbecues are not allowed. Parks or lawns may be closed by police if there are too many people who do not adhere to the rules.

Because spring is expected to return to Germany this weekend, issues are a foregone conclusion, some believe. Police will observe the situation and step in if necessary. The curfew option is still on the table, in case many people ignore the ‘contact ban’ and the rules regarding the distance they need to keep.