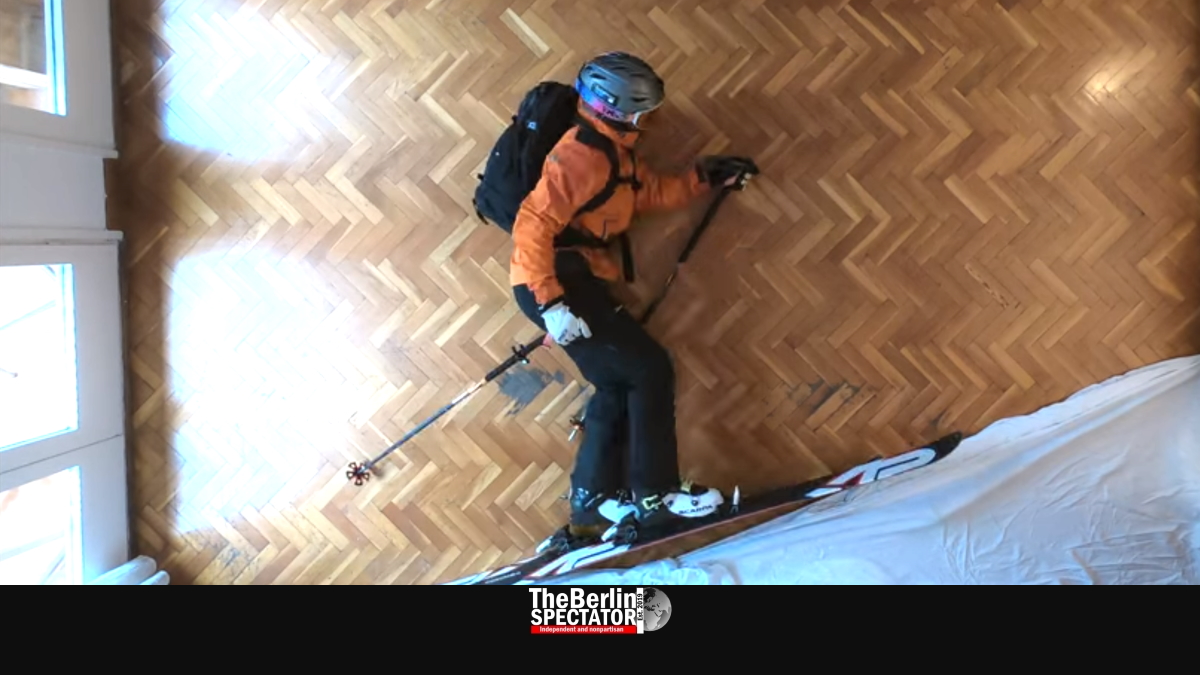 In the Corona crisis, almost the entire world is on lockdown. Some people use the time at home to do research on Netflix or computer games. Others are suffering from creativity attacks. This is what happened to a skier from Madrid.

Philipp Klein Herrero wanted to go freeriding with his family earlier this year. This kind of skiing style is being performed “on un-groomed terrain”, according to Wikipedia, “without a set course, goals or rules”.

Then the Corona crisis hit. Instead of doing what he loves, skiing without rules, Klein and his family were confined to their home, with an overdose of rules. Not leaving their place was, and still is, one of those. Since Philipp Klein could not get the skiing out of his head, he started thinking of ways to do what he loves in his apartment.

This was when his creativity mode kicked in. Klein got his skis, sticks, skiing helmet and skiware, some bed sheets, a video camera and got going. The outcome of his creativity is one of the most brilliant home videos ever, in which he even reached the peak of a snow-covered mountain, raced downhill afterwards and jumped over cliffs.

He did not crash or break his leg or neck during the trip. All the fame he is getting exceeds the level he could have expected to reach during a real life skiing trip out in the open.

The Oscar for the best Corona home video should go to none other than Philipp Klein for ‘Freeride’ at Home’. ¡Se te ocurrió un arte impresionante, Philipp! ¡Felicidades!