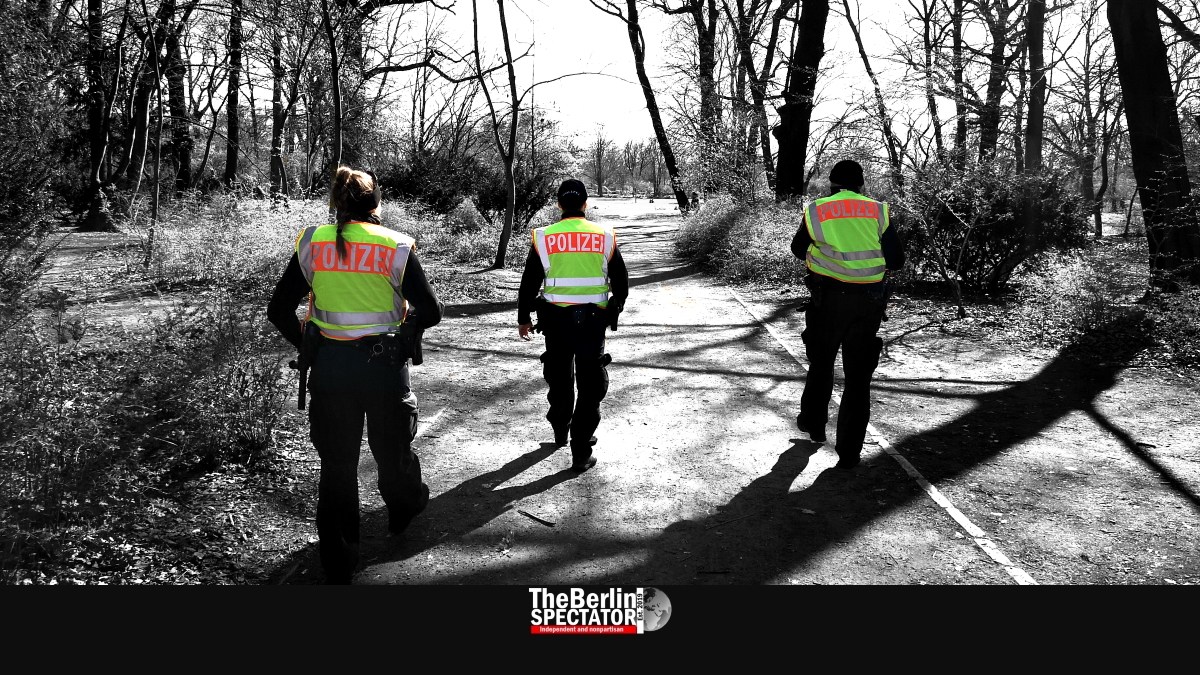 On a sunny weekend in early April, Berlin looked and felt very different because of the Corona crisis. Those who had the opportunity to walk around were lucky, because they were healthy and neither in quarantine nor in intensive care.

The residents of Berlin, a city of 3.7 million people, did well this weekend, in spite of the sunny spring days it brought along. Of course there were exceptions. Some groups gathered here and there. Police sent them away. The few who did not listen had charges filed against them.

On Berlin’s A100 city freeway, there was little traffic on Saturday at around noon. People obviously preferred to stay at home or take walks in parks, just like they should. Less traffic also meant less accidents. Even the number of crimes dropped substantially, Police Chief Barbara Slowik said in an interview with the ‘Tagesspiegel’ daily.

Tempelhof Airport remained one of the most popular destinations for bicyclists, dog walkers and other Berliners who like places with a lot of space and wind. The latter can be rather strong up here.

Berlin’s Corona crisis rules were somewhat different from those in other federal states in Germany. In the capital, book shops and bicycle stores are allowed to open. At ‘Stadler’, one of the largest bicycle stores, people needed to wait up to an hour before they were let inside. That is because there needed to be enough space inside so that customers could keep their distance from each other.

One of Berlin’s favorite activities these days is shopping for toilet paper, which is almost always sold out, and food. In this case, a supermarket customer got Gouda, some liverwurst, chewing gum and sliced bread. Good choice.

At Wiener Strasse, the ‘Wave Indoor Pool’ was closed, just like all other public swimming pools. Not being able to swim anywhere is small price to pay for the health of millions of Berliners. On Sunday, April 5th, 2020, exactly 3,687 Berliners were infected with the Coronavirus. Since the crisis began, 26 residents died of COVID-19, as of the same date.

Police monitored the situation all weekend long. They walked, drove, rode on horses and flew in a helicopter to get a good view from above. This time the police did not have a lot to complain about. A big majority of all Berliners played ball, so to speak.

Berliners used all wheels a lot, including those on bicycles and roller blades, to get around in the city. In early April of 2020, training outdoors and taking walks was allowed, as long as people kept their distance.

Frankfurter Allee, one of the widest and most important streets in Berlin, was hardly recognizable on Sunday before noon. No traffic whatsoever. Nothing.

When Käthe Kollwitz Square in Berlin’s posh Prenzlauer Berg neighborhood is empty on a sunny Sunday, something is very wrong. Five people were in the park which is usually crammed.

One of Berlin’s main tourist locations is Hackesche Höfe, a location that consists of several beautiful yards with interesting shops, cafés, a restaurant and a cinema. Since there were no tourists in Berlin, the place was empty.

The ‘Lied Recital’ with Renée Fleming did not take place. Don’t worry, nobody lied at the opera. ‘Lied’ is the German word for ‘song’. But since there is no culture in Berlin either, nobody sang any of those.

This Coronavirus crisis the world and Berlin were going through was bad and tough. Still there were some little advantages, namely the quietude and the absence of the usual traffic. The breathing air felt fresher.

Hardly anyone used Berlin’s public transport this past weekend. At Schönleinstrasse, the only person who waited for a train was The Berlin Spectator’s reporter.

In Berlin’s Neukölln district, some Muslim believers seemed to want to enter Şehitlik Mosque on Friday. At another mosque nearby, as many as 300 believers insisted on attending a prayer service that was cancelled. It took the police a while to resolve the issue. Just like mosques, churches and synagogues were closed due to the Coronavirus.

Germany: Merkel Talks About Corona, Floods and Rest of Her…