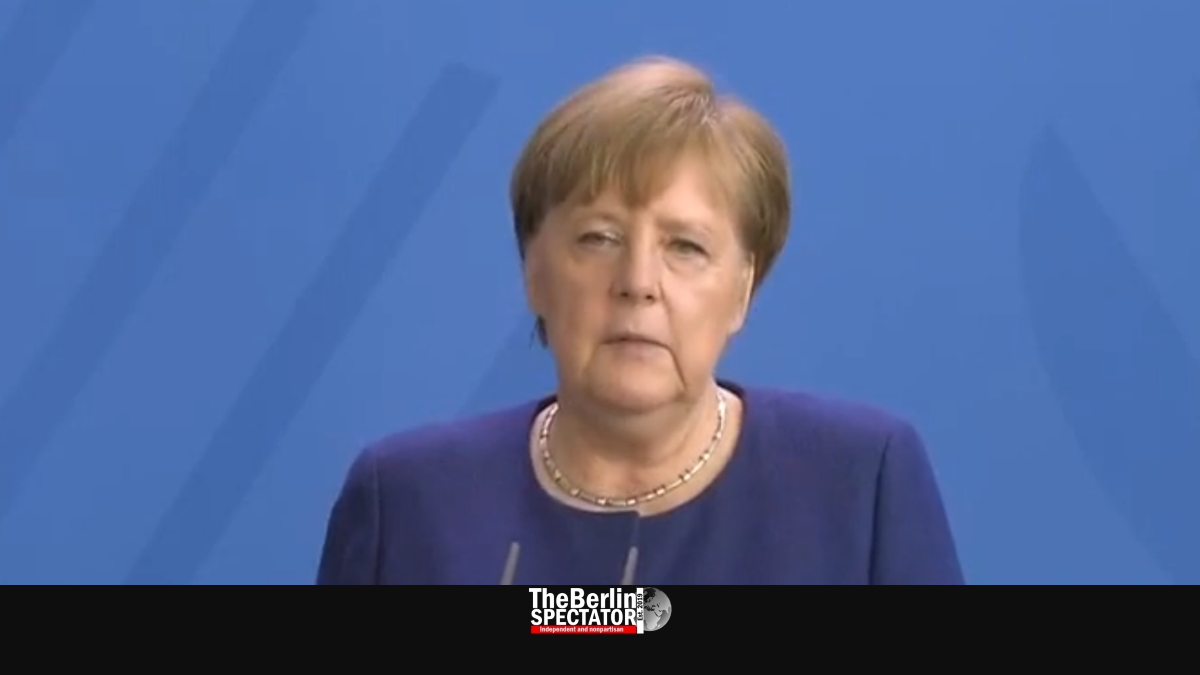 Angela Merkel seemed very determined and energetic today, when she stood in front of many microphones to talk about the Corona crisis and the way ahead. Unlike Austria, Germany will not ease any restrictions in mid-April.

After discussing matters with her ‘Corona cabinet’, Chancellor Angela Merkel held a press conference in Berlin on Monday. She said there would be a stronger cooperation on the procurement of protective gear with the European Union.

But Germany is working on the same task on its own as well. The Berlin Health Ministry now has a procurement division which will be dealing with supplying hospitals with the gear needed. “We have to work hard on making sure doctors and hospital staff members get the supplies they need”, Angela Merkel said.

What the restrictions on entering Germany are concerned, changes were discussed, mainly because almost the entire world is now a high risk environment. Returning citizens will have to go into quarantine for two weeks, no matter what country they are coming back from. Commuters are exempt. The federal government and the federal states intend to take a final decision here. The new rule is supposed to take effect on April 10th, 2020.

Just two hours before Merkel held her press conference, Finance Minister Olaf Scholz and Commerce Minister Peter Altmaier had announced new loans smaller and mid-sized companies could get under certain conditions. Firms that were established before January of 2019 are eligible if they made profits in the past and if their taxes are in order.

Chancellor Angela Merkel said the Corona crisis was the biggest test for the European Union since its foundation. “Everyone is affected. It is a symmetric shock”, she stated. It was in the interest of the Federal Republic of Germany that Europe came out of the crisis strong.

“In the long haul, Germany will only be well if Europe is well”, Merkel stated. “More Europe” was needed, “a strong Europe and a Europe that works well”, the Chancellor told the press in Berlin. The Corona pandemic was like a natural disaster.

According to Chancellor Merkel, a large reconstruction program will be needed once the Corona crisis is over, on both the national and the European level.

Merkel said it was too early to talk about a return to ‘normal life’, even though her Austrian colleague Sebastian Kurz had made an announcement about reopening shops earlier today. On April 14th, Austria intends to open smaller stores, while larger ones are supposed to follow later.

It was too early to announce anything of the kind, Angela Merkel said. She stated she would be a bad chancellor if she took risks before the experts recommended steps towards reestablishing public life. But the government was thinking day and night, about how to do it once it was time.

What she did say was that the return to a normal life in Germany will come in several steps, but at the right moment. Taking premature measures and retracting them later was something Germany needed to try to avoid.

Angela Merkel also commented on an issue involving 200,000 masks ordered in Asia for the Berlin Police Department that ended up being delivered to the United States of America. She said the case needed to be solved. A clarification was possible.