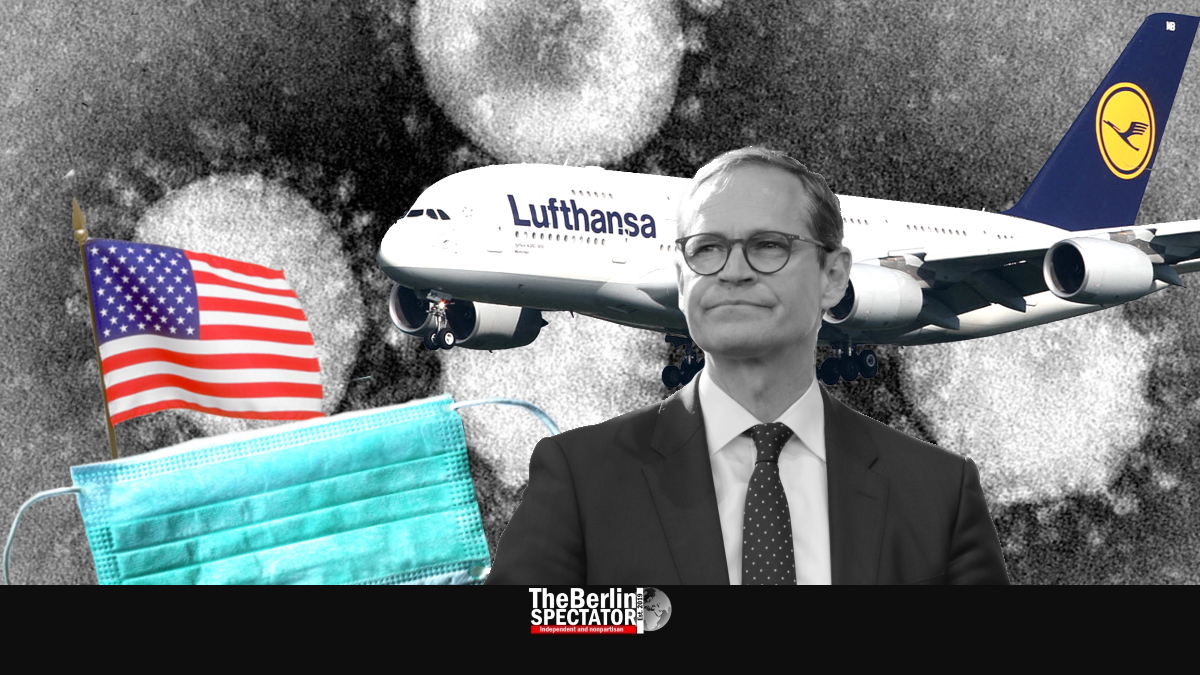 While some federal states within Germany said they wanted an ‘incremental easing’ of the Corona restrictions, Berlin’s Governing Mayor Michael Müller apologized for his recent verbal attack on the United States in connection with a delivery of protective masks.

Seventy-two days after the first Coronavirus case was confirmed in Germany and sixteen days after the ‘curfew light’ known as the ‘contact ban’ was put in place, 107,663 persons in Germany were infected. There have been more than 2,000 related deaths. On the other hand, at least 38,000 former Coronavirus patients have been cured so far.

Now that the measures taken seem to be showing their first effects, two federal states want an incremental easing. In Saxony, First Minister Michael Kretschmer said there would be a cabinet meeting on April 15th during which the matter would be discussed. Kretschmer did say that there would not be a quick return to normality though.

While some federal states, such as Bavaria, have surged ahead several times, the ‘contact ban’ and most other restrictions are usually being implemented after video conferences Chancellor Angela Merkel holds with the First Ministers of Germany’s sixteen federal states.

One would assume that the same will apply to an easing of the measures, but the regional government in Saxony seems to have different ideas. “We want to present the prospect of unburdening measures to the public because of the positive development we see”, Kretschmer stated.

Further west, in North Rhine-Westphalia, Kretschmer’s colleague Armin Laschet said he wanted a time table for a removal of the restrictions. A schedule for the way towards normality was needed, Laschet said. There had to be “flexible answers” that would provide the same kind of protection, but “in a more targeted way”.

Just after the Western Easter (the Christian Orthodox Easter is being observed later), on April 14th, 2020, the First Ministers and Chancellor Angela Merkel will have their next video conference during which a balance is supposed to be drawn. Laschet intends to use the opportunity to hand in a proposal.

For the liberal party FDP, its leader Christian Lindner demanded an easing of the measures as well. He said the federal government should follow the latest suggestions by the German Ethics Council according to which there needs to be a “concept plan” for an easing of the bans and restrictions.

Protective masks were useful, but muzzles were not, Lindner said. He meant the government was wrong by telling people not to talk about an easing of the restrictions in public. The opposition is having a hard time because a majority supports the government in this crisis. The government parties CDU, CSU and SPD are gaining support while the opposition is shrinking in the polls.

In the meantime, Berlin’s Governing Mayor Michael Müller has apologized for statements he and his Interior Senator Andreas Geisel made regarding an order of 200,000 protective masks for the Berlin Police Department which never arrived. They had claimed the masks had been “confiscated” by the United States at Bangkok Airport.

Müller had accused U.S. President Donald Trump of an “inhumane and unacceptable” behavior. Geisel had even talked about “an act of modern day piracy” and “Wild West methods.” Both had asked the federal government to discuss the problem with the Trump Administration.

While there is still no public knowledge about what exactly happened to that order of 200,000 masks which may have been “rerouted” to the United States, Governing Mayor Müller apologized to the U.S. by saying those statements had contained a severity he now regretted. He said he was sorry.

The American Embassy in Berlin reacted by saying it had noted the Governing Mayor’s apology. A spokesperson stated the Embassy regretted that the accusations, which they had rejected, had led to additional tensions during a crisis that needed to be overcome mutually. Ambassador Richard Grenell, on the other hand, reportedly told the ultra-conservative TV channel Fox News “Müller’s anti-Americanism” was well known. It was no surprise he had spread “another fake story”.

Interior Senator Andreas Geisel announced nothing had changed regarding the masks, so far. He said there would be talks with the U.S. Embassy with the purpose of resolving the issue. Geisel also said he and the Senate had “more important things to do than to argue about masks with the United States.”

While President Trump himself is generally not exactly known for mincing his words, the accusations against him from Müller and Geisel were a lot harsher than the kind of language they normally use. Just like Ambassador Grenell, who is known for his strong wording as well, conservative media in Germany had accused them of anti-Americanism. On Monday, Chancellor Merkel had said the issue needed to be resolved.

While the matter about those 200,000 masks was still being worked on, Berlin received two million masks from Asia the other day. More are on their way. The German Health Ministry now has a procurement division that deals with getting medical supplies for the entire country.

The impact of the Corona crisis on the airline industry becomes more evident almost every day. Lufthansa Group just announced it would drop the ‘Germanwings’ brand and get rid of many aircraft. The company said it was talking to its “social partners” about the implications, meaning layoffs can not be prevented, it seems.