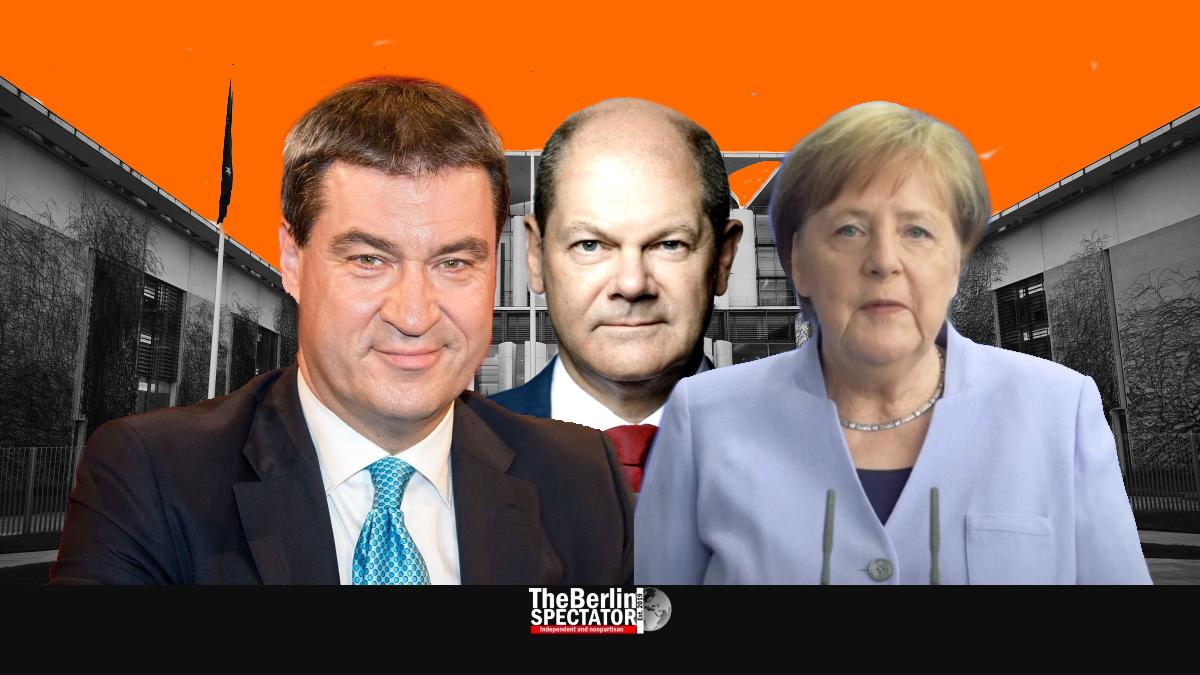 In the Corona crisis, politicians have the opportunity to show what they are made of. Some are so convincing to German voters they might end up in the Chancellery next year.

No serious politician in Berlin, Munich or anywhere else in the Federal Republic of Germany would want help from the Coronavirus. Luckily this is not how things work. The individuals who did climb up the popularity scale in the past weeks were not really pushed by the virus, but by convincing part of the nation in a rather difficult crisis situation.

Looking at political parties in Berlin and the way things are developing for them, one things is evident: Many Germans seem to be done with experimenting. Increasingly, many voters are supporting parties they believe will guarantee at least some stability once the crisis is over.

There is bad news for members of the opposition: This is the time for governments. The Greens, the Liberals and the Left hardly appear in the media anymore, first of all because the fight against Corona is far more important than anything else right now. Secondly: Criticizing a government that is doing many things right in this situation may very well backfire. So, whatever the opposition does can only hurt it right now. By staying numb it will not appear in the media. By criticizing Merkel and the government for doing things right, they might lose popularity.

Until the Corona crisis commenced, democratic politicians in Germany were very worried about right-wing extremism, the rise of the ‘AfD’, Nazi violence and the attack on Germany’s democracy in Thuringia. Today, things look better, at least on the national level, where the ‘AfD’ slumped from 15 down to 10 percent, according to the latest polls.

Dependability is what most Germans want now, in these crazy and dangerous times. One party which stands for this aspect from the perspective of many is Chancellor Angela Merkel’s Christian-Democratic Union (CDU). Its support skyrocketed in the past few weeks. At this stage the CDU stands at 38 percent.

Nowadays, the 38 is a huge number. Not only would it give the CDU lots of seats in the Berlin Bundestag, if there were general elections right now, but also options they did not have for a while. The CDU would be able to form another edition of the grand coalition it is running right now, at least mathematically, or a coalition government with the Greens.

Before Corona hit, Germany’s last major party stood at 26 to 28 percent. Now a large majority supports the way the government is handling the crisis.

Because of the opposition effect mentioned above, the Greens and the Liberals lost in the past weeks, along with both the right-wing extremists and the far-left ‘Die Linke’. While the SPD gained a little, it still looks ridiculous with its 18 percent.

The popularity of individual politicians does not completely correspond with that of the government parties CDU, CSU and SPD. Finance Minister Olaf Scholz, a Social Democrat from Hamburg, has gained a lot of trust in this crisis. Germans now seem to appreciate the fact that he did not throw billions out the window before Corona hit.

The Man Who Gets Things Done

They like the fact that Scholz’ rather conservative policy of saving made his giant aid packages in the Corona crisis possible. The Berlin government is helping parents, freelancers, companies of all sizes and those who lost their jobs due to the Coronavirus with huge amounts of cash. Scholz’ problem is that his party, the SPD, is just as weak as its two leaders.

In the conservative camp, Bavaria’s First Minister Markus Söder of the CSU gained a lot of trust. He is being perceived as the man who gets things done. His popularity has even reached Merkel’s level. Söder is one of those who might move into the Chancellery once Angela Merkel vacates it. Health Minister Jens Spahn is a popular politician too.

Commentators in German-language media have a new favorite subject these days. Many of them use their headlines to ask the big question: Will Angela Merkel go for a fifth term, now that Corona turned Germany, Europe and the world into a mess? Most of those commentators answer their own question, by saying she would probably not want another term, even if people asked her to do it one more time.

Officially, Mrs. Merkel wants to call it quits in 2021. She will have spent sixteen years in office, just like the late Helmut Kohl.