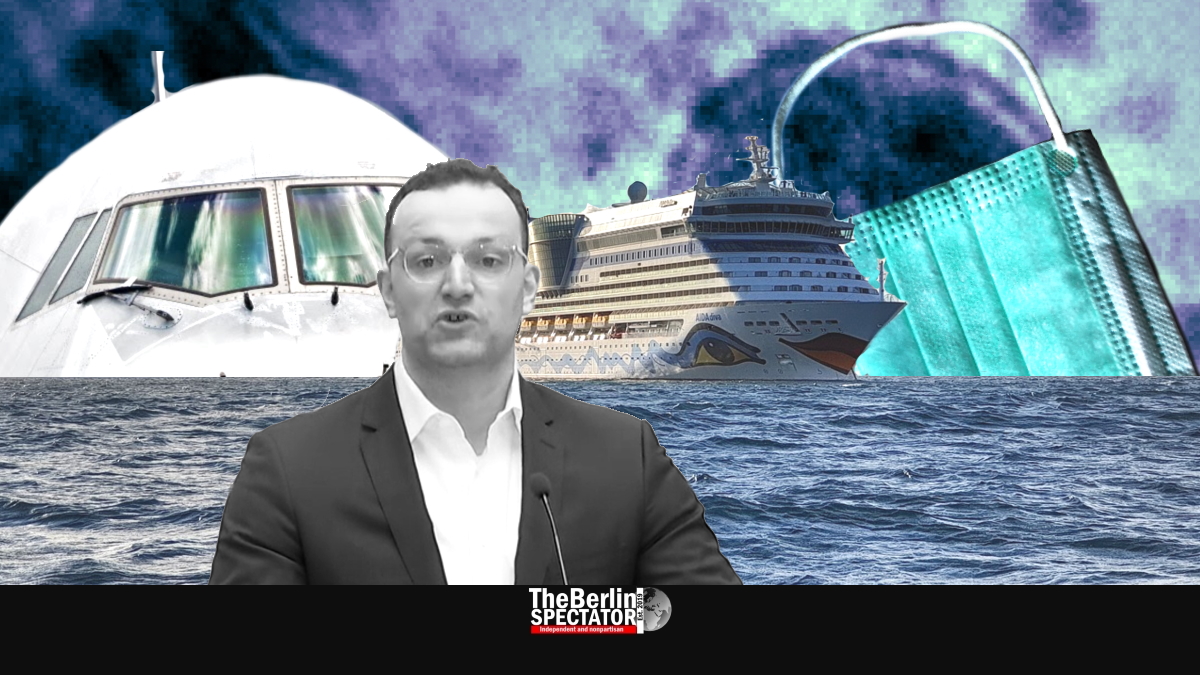 In Germany, where more than 113,000 persons were infected with the Coronavirus as of this morning, Health Minister Spahn said an easing of the restrictions after Easter was possible.

In an interview with the ‘Handelsblatt’ daily, Jens Spahn stated a positive trend was visible in the latest numbers. In case things continued this way, some restrictions could be lifted after Easter. The precondition was that the population adhered to the restrictions over the upcoming holidays.

If the positive trend continued, the federal government and the First Ministers in the federal states would be able to talk about “an incremental return to normality after the Easter holidays”, Spahn told the newspaper. He added that in a nation of law restrictions of basic rights could only work as long as they were understood and accepted. Giving the residents a perspective was important.

The duration of the ‘contact ban’ and other restrictions depended on the people’s behavior, Spahn stressed. If they were careful, “more normality” would be possible soon. But what big events, including soccer matches, were concerned it would take longer until normality could return.

Every day, the economic impact of the Corona crisis becomes more evident. Germany’s largest cruise line, Aida Cruises, has shut down operations until the end of May. None of its 14 ships will embark on any cruises until then. The company said because of the entry requirements that applied all over the world a normalization of tourist traffic could not be expected earlier.

Earlier this week, Lufthansa had announced it would get rid of several aircraft and the ‘Germanwings’ brand. Layoffs might be part of the implications. In the field of freight, Lufthansa is still in business, even more than before the Corona crisis. Since Lufthansa Cargo’s 17 aircraft do not seem to be enough anymore, the German flag carrier is now converting Airbus A330 passenger planes to freighters by removing their seats.

Forty Million Masks on their Way

Part of the reason for the increase of the freight business is the transport of protective masks and clothing from China to Germany. A freight route with that purpose is now in place. According to the Health Ministry in Berlin, as many as 40 million protective masks will arrive in Germany this week. They were being checked in Shanghai by the Technical Control Board before they were being loaded into Lufthansa’s freighters.

There has been a lack of masks and protective clothing since the Corona crisis commenced. Germany now seems to be doing quite well in its efforts to resolve that problem, but it took a long time. Hospitals had complained about a shortage of masks while the Health Ministry had promised it would provide them. Because the entire world wants masks these days, things took as long as they did.

A Million per Hour

What passenger flights are concerned, the situation is difficult. According to Lufthansa’s CEO Carsten Spohr, the airline transports less than 3,000 passengers per day right now, instead of the usual 350,000. He says the company was losing a million Euro every hour.

German car manufacturers are being hit by Corona as well, but not quite as badly as Lufthansa. During the first quarter of 2020, Mercedes-Benz sold 477,400 new vehicles. There is a decrease of 15 percent compared to the first quarter of last year. But, according to Mercedes, the demand in Asia is already increasing again.

In the meantime, the European Commission said the entry ban to the European Union needed to be prolonged until May 15th. The member states will have to decide. Nationals of the member states are allowed to return to their home countries. Diplomats, doctors, nurses, commuters and individuals with residence permits may enter as well. Those who return from countries abroad need to go into quarantine in their homes.

In Germany, more than 113,296 persons were infected with the Coronavirus as of early this morning. There have been 2,349 deaths. At least 43,656 former Corona patients were cured and are healthy now.

Top 10: You Know You Are at the Airport in the Corona Crisis When …