Merkel: ‘We Have to Live with Pandemic for a Considerable Time’ 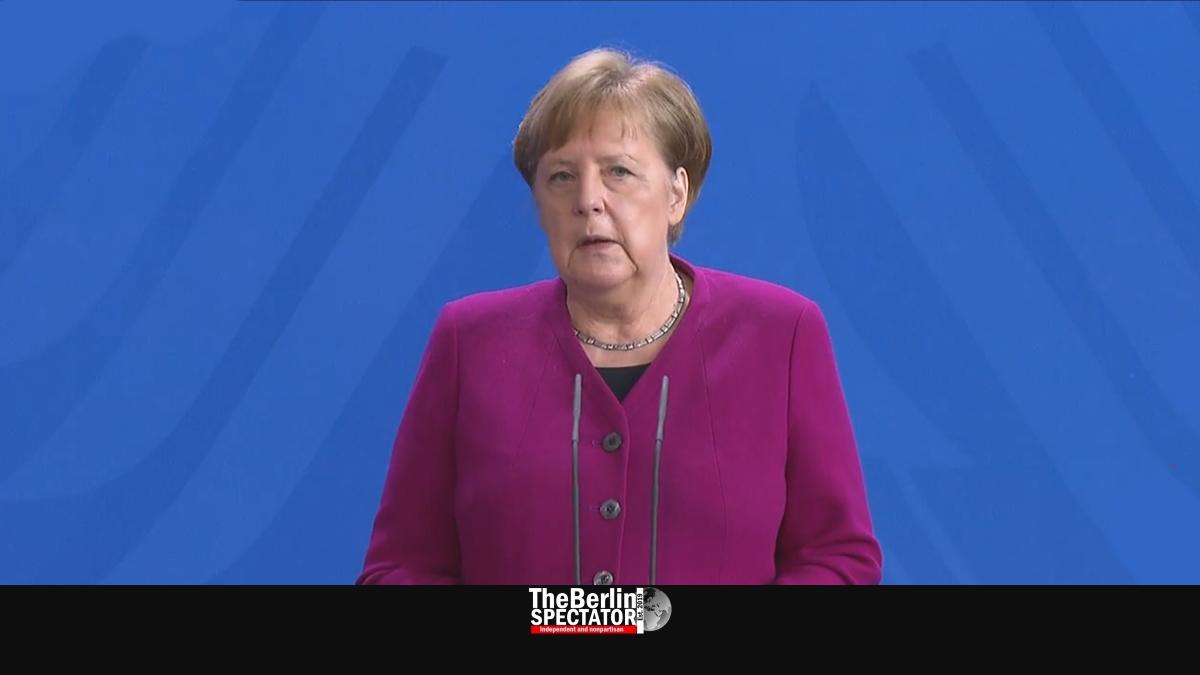 Just before Easter, and on the second day of Passover, Angela Merkel said she was “cautiously hopeful” regarding the latest developments in the Corona crisis in Germany. But more discipline was necessary over the holidays.

After her last ‘Corona cabinet’ meeting before Easter, Angela Merkel said the discussion had focused on the status regarding the spread of the Coronavirus right now, as well as the procurement of protective masks and gear.

The masks aspect has two parts:

Merkel said dealing with the purchase of masks was usually not something a government would deal with. But in this crisis this aspect was critical. The worldwide demand for masks would remain high for a long time. Having a “strategic independence” in connection with masks was the goal.

The ‘Corona cabinet’ was also updated about the latest developments. Angela Merkel said the numbers made her “cautiously hopeful” because the increase of Coronavirus cases was leveling off to some extent. A subtraction of cured individuals and the deceased from the number of infected even decreased the total number a little, the Chancellor said.

Mrs. Merkel conceded that she had worried a lot at the beginning of this crisis. She said she had thought about tightening the ‘contact ban’ and other measures. Now the country could be glad tightening the restrictions was not necessary.

On the other hand, the Germans should not think they were safe or become careless, Merkel warned. “No, we have to concentrate. The situation is fragile.” She said the nation could destroy what it had achieved very quickly. For that reason, discipline was important, along with caring for others.

Chancellor Angela Merkel stated the upcoming Easter holiday was a challenge, especially with the good weather that had been forecast. She thanked all residents who had stuck to the rules so far and asked them to keep on doing so.

According to the Chancellor, people should not feel they could get off lightly. Yes, the situation had improved to some extent, but it was not known how easing the restrictions would affect the development of the situation.

Cabinet to Reconvene on Tuesday

“We will have to live with the pandemic for a considerable time”, Angela Merkel stated. That was why Germany had to be careful not to overburden its health system.

On Tuesday, Merkel’s ‘Corona cabinet’ will convene again. On Wednesday of next week, she will be discussing the situation and a possible easing of restrictions with the First Ministers of Germany’s federal states.

Top 10: You Know You Are at the Airport in the Corona Crisis When …