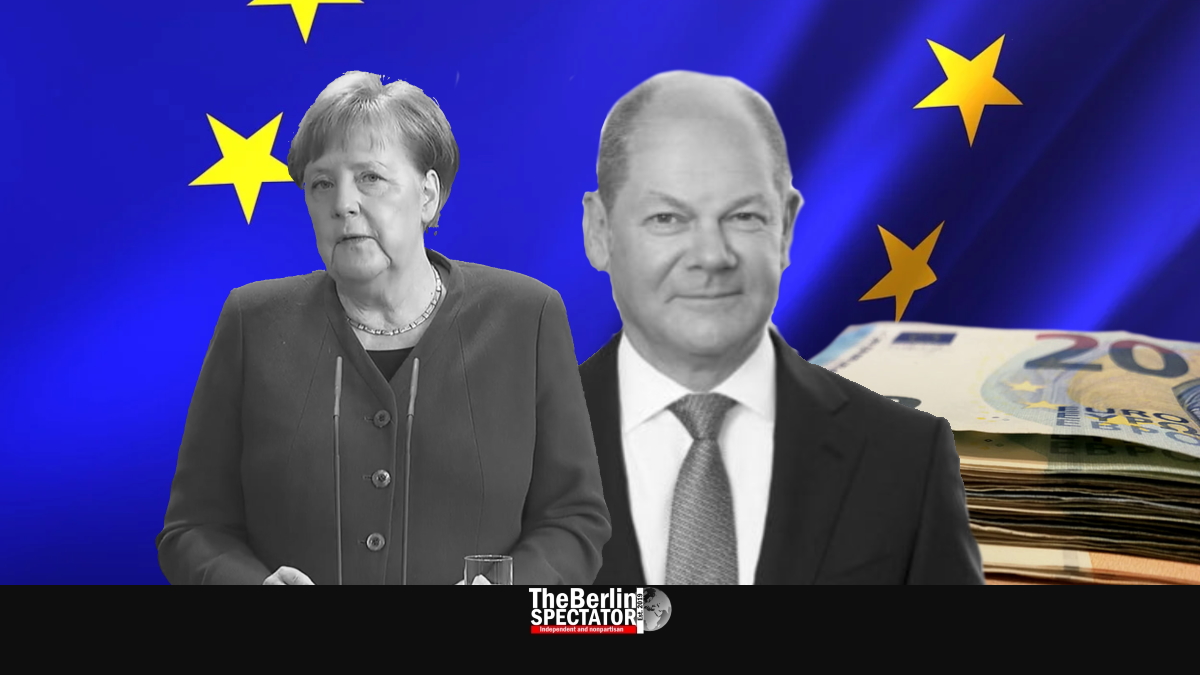 After two rounds of negotiations, the European Union’s Finance Ministers, including Germany’s Olaf Scholz, agreed on a giant aid package with a volume of more than 500 billion Euro (547 billion Dollars or 439 billion Pounds). Scholz said an “excellent settlement” had been reached.

The E.U. Finance Ministers argued for quite a while about the conditions of their aid package. Once it was done, Germany’s Finance Minister Olaf Scholz said Thursday had been a “big day of European solidarity”. The agreement showed that the member states acted mutually and the European Union operated well.

The deal struck contains three elements, including precautionary lines of credit of up to 240 billion Euro (262 Dollars or 210 Pounds) within the European Stability Mechanism. Member states that were hit by the Corona pandemic the hardest are supposed to benefit here.

Secondly, a fund for loans provided by the European Investment Bank is supposed to help companies that got into trouble because of the Coronavirus. It has a volume of 200 billion Euro (219 billion Dollars or 176 billion Pounds). The third element is a program for short-time workers suggested by the European Commission worth 100 billion Euro.

German Respirators for the U.K.

European solidarity is being shown in several ways. This includes the pickup of stranded tourists from several E.U. countries in Ecuador and Peru. On Thursday, a charter plane with 300 Europeans took off from Guayaquil, another from a Peruvian airport.

Germany intends to help the United Kingdom, a former E.U. member, by having its air force fly respirators to London, since the British health systems seems to be on the verge of collapsing. By doing so, Germany is following a request received from London. According to German media reports, sixty mobile respirators are part of the delivery.

In Berlin, the Ministry of the Interior worked on a very different issue, namely a solution for foreign nationals in Germany whose visas have expired but who cannot leave the country because of closed borders, shut-down airports and the cancellation of virtually all flights.

The Ministry announced it had enacted an ordinance according to which foreign individuals who do not have residence permits can stay in Germany until June 30th, 2020, even with expired visas for the Schengen area which Germany is part of.

During the Easter vacation which started today, police all over Germany will monitor the situation in cities and at tourist destinations. In Berlin, 500 officers will be responsible for this task every day until Monday. Some of them would be outdoors in civilian clothes, the Berlin Police Department announced.

The federal government and the federal states within Germany are worried too many residents might gather in parks and at other locations because of the nice weather forecast. People are allowed to go outside, but supposed to keep their distance from individuals who do not live in their household because of the Coronavirus. The so-called ‘contact ban’ was put in place on March 23rd.

Police in Berlin are also preparing to stop illegal car races and fine those involved. On a regular basis, they also confiscate cars and driver’s licenses. Posers, mostly young men who drive through the city in shiny vehicles that are often far too loud, were on the radar screen as well, the Berlin police announced.

The regulations for the Easter vacation within German differ a little. On Thursday, a court in Greifswald sacked a travel ban the government of Mecklenburg-Hither Pomerania had imposed on the residents there. The court said, contrary to the state government’s announcements, day trips to the sea, to lakes and to islands in the Baltic Sea were legal.

Just before the Easter vacation commenced, yesterday, Chancellor Angela Merkel held a press conference in Berlin during which she said more discipline was necessary now, even though the latest numbers had made her “cautiously hopeful”. The situation was still fragile, Merkel stated.

In Germany, the number of Coronavirus cases stood at 118,235 on Friday in the early morning. Bavaria reported more than 29,000 cases, North Rhine-Westphalia had more than 23,000 infected persons, Baden-Württemberg stood at 22,000. Berlin had 4,357 cases this morning.

So far, 2,607 people in Germany have died of COVID-19, the disease caused by the Coronavirus. At least 52,407 former Coronavirus patients were cured. Since doctors and hospitals are not required to report healed patients, the actual number is probably higher.

Merkel: ‘We Have to Live with Pandemic for a Considerable Time’