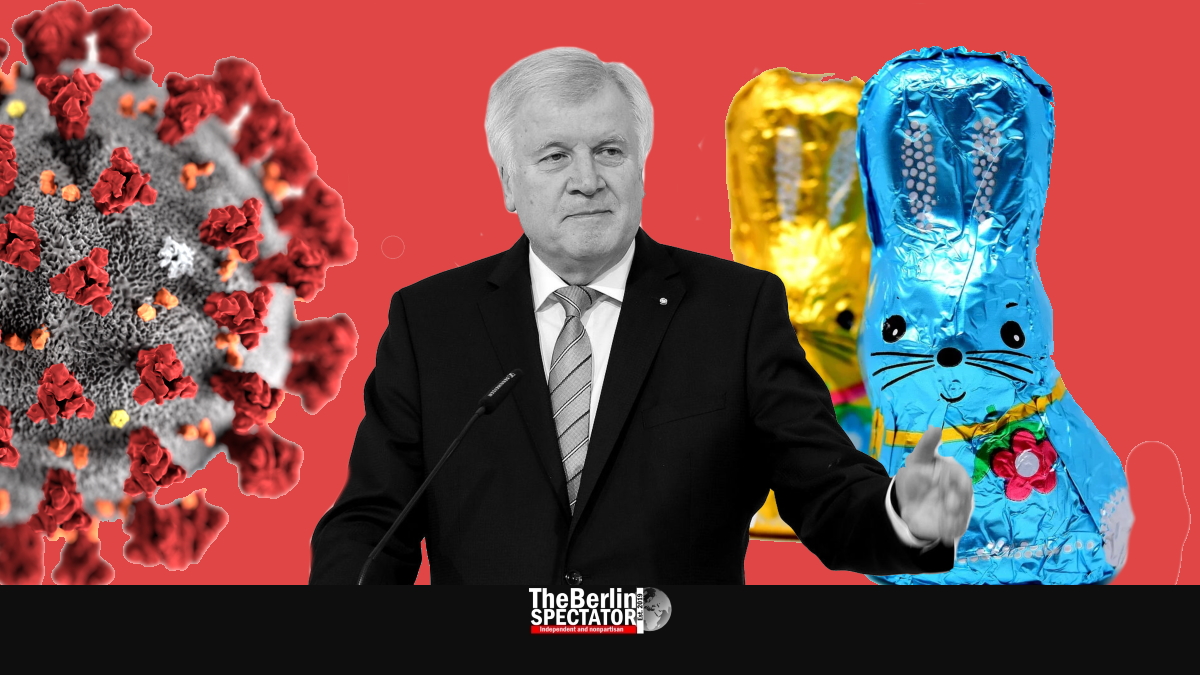 The Berlin government is in a catch-22 situation. On the one hand it needs to prolong the restrictions that have been in place for almost three weeks. On the other, it must avoid an “isolation fatigue” in the population.

In German government circles, there is concern about the mood among Germans and other residents in the face of the strict contact restrictions. “After Easter at the latest, an ‘isolation fatigue’ can be expected”, an internal strategy paper by the Interior Ministry says. The German-language ‘Tagesspiegel’ daily reported about this first.

The document on “psycho-social and sociological effects” of the ongoing Corona crisis says it can be expected that “the current high approval rate for the measures will drop massively and the necessity, meaningfulness and legal admissibility of the measures will be questioned significantly”. This perspective most likely worries Interior Minister Horst Seehofer (photo above) and other government officials.

A “brutalization of society” might occur, according to the paper that was not supposed to be leaked to the press. In a crisis like this one, this kind of development is the last thing the government needs. At the same time, a lifting of too many restrictions would accelerate the spread of the Coronavirus again, a development that could overburden the intensive care units in Germany’s hospitals. This is exactly what Angela Merkel’s government wants to avoid by all means.

But for now, two in three Germans are still satisfied with the way the Chancellor and her people are handling the crisis, according to a poll mentioned in German-language media. Sixty-six percent of the population say the government’s actions are rather positive. A week ago, only 54 percent had shared that kind of opinion. At this stage, 27 percent are not satisfied with the government. Two weeks ago, 38 percent had rejected the Merkel government’s approach.

Of course there are Germans who neither accept nor follow the restrictions designed to slow down the spread of the Coronavirus. And, even worse, there are individuals who are supposed to be in quarantine, for instance because they were in contact with infected persons, but they do not stay at home anyway. Saxony now intends to take a harsh approach towards quarantine deniers. They are supposed to be put into psychiatric hospitals. What the legal implications of this kind of approach would be, is unclear.

Most Germans seem to have adhered to the ‘contact ban’ and other regulations on Good Friday, including the one about keeping distance to other people. In Berlin, 500 police officers observed the situation. The Police Department in the German capital said most Berliners had behaved well in this regard.

At Tempelhof Airfield (‘Berlin Tempelhof: An Airport for Skaters, Cyclists and Dogs‘), hundreds of residents enjoyed a spring day with their families and dogs, with kites, on roller blades, skateboards and bicycles. The former airport’s eastern end was a bit too crowded at times.

In Berlin’s western city center, things were very different. Hardly anyone was seen on ‘Kurfürstendamm’, a famous shopping street. Four police officers in an ‘information vehicle’ were supposed to communicate with pedestrians on Good Friday. The few people they talked to wanted to know about crime prevention and similar subjects. One of the officers told The Berlin Spectator in the afternoon, not a single person had asked about the Corona restrictions.

Most police officers were busy observing the situation at Berlin’s many parks, including ‘Hasenheide’ where thousands of residents sat of the grass, mostly in pairs, in order to enjoy the sunshine a little, during a difficult crisis. At Görlitzer Park, Tiergarten and other parks the situation was similar. Officers in a helicopter monitored everything from above.

Müller told the media publishing house Funke Mediengruppe, the situation in overcrowded refugee camps located in some countries was dramatic. “We have to do everything we can to keep people from starving”, he stated. More than a third of the funds provided will reportedly go to the Sahel zone.

On Saturday morning, the number of Coronavirus cases in Germany stood at 122,171. So far, 2,736 people died of COVID-19. At least 55,980 former Coronavirus patients were healed.