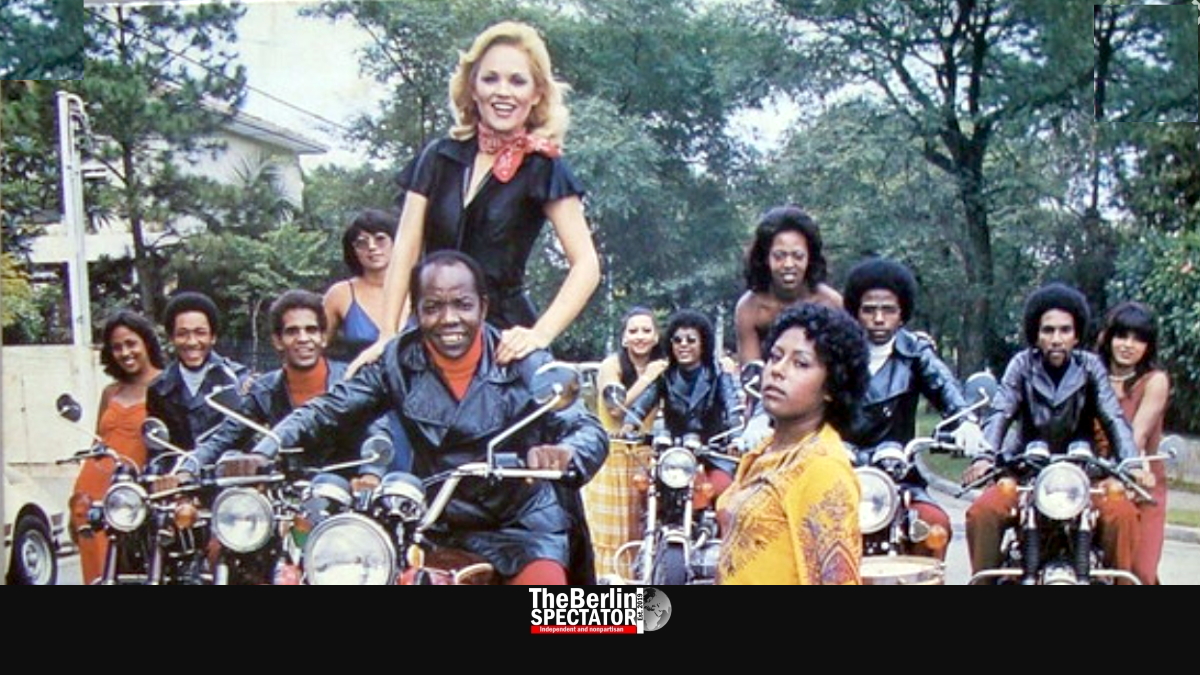 Bossa Nova and Samba recorded in the 1970s are among the most beautiful sounds ever created on this planet. In Brazil, folklore songs and modern tunes based on their tradition spread unlimited waves of warmth, beauty and energy.

These are stunning examples of breathtaking Brazilian music for those who intend to dive into it for the first time, and for connaisseurs (French spelling) who want to be reminded of breathtaking tunes. Sambaresque compositions are included, and even Samba-Funk, but also classic ballads, incredible voices and sentimental tunes the beauty of which just cannot be put into words.

Airto Moreira, a legendary percussionist, drummer and composer, is 78 years old by now. He recorded many of his albums with his wife Flora Purim, a Jazz and Fusion singer who even worked with Return to Forever. Moreira began his career as a teenager. Early on, he played with Hermeto Pascoal (see below). In the late 1960s, he moved to the United States. His Brazilian heritage never left his music. ‘The Happy People’ is a great, uplifting Samba tune with a Contemporary Jazz influence.

Sergio Mendes, a good friend of Antonio Carlos Jobim known as the ‘father of Bossa Nova’, already had a good career when he hit the United States in the mid-1960s. With his first group he founded up north, Brasil 66, which was later converted to Brasil 77 and Brasil 88, he recorded Beatles covers with a Brazilian twist, but also classics such as Jorge Ben’s “Mas Que Nada”. Sergio Mendes basically brought the beauty of Brazil to the United States and recorded a million great albums. This is ‘Sambadouro’ from his 1992 recording ‘Brasileiro’.

Eliane Elias from São Paulo turned 60 some four weeks ago. She is a genius pianist, singer, composer, arranger and band leader. When she plays Bossa tunes on the concert grand, audiences will not believe their ears or eyes. Her instrumental performance is so convincing she does not really need the trio she tours with, but her fellow quartet members (it is a quartet when we count her) are brilliant as well. This medley of compositions of the great Milton Nascimento was recorded in 1992. It includes ‘Ponta de Areia’. In this case, the tune was sung by Eliane Elias’ daugter Amanda Brecker when she was still a child. The beauty of that performance is said to have driven Milton Nascimento to tears.

Those who were looking for the perfect Brazilian Jazz-Funk tune don’t have to look any further. You just found it. Edu Luke from São Paulo was born into a family of musicians. At first, he chose an opposition path by playing Heavy Metal. Then he moved towards Jazz and Funk. ‘Cosmonauta’ is a very energetic, uplifting and well-arranged Brazilian Jazz-Funk tune.

Gilberto Gil is one of the most famous Brazilians. He is known as a musician with a very wide range of styles, and as a politician. From 2003 to 2008, he was Brazil’s Minister of Culture. But even before he took over that position, he was politically active in his state of Bahia. Gilberto Gil has recorded as many as 54 albums, including live recordings, since 1967. This is the Bossa Nova tune ‘Flora’ from his 1981 album ‘Luar’.

Astrud Gilberto, who is 80 years old today, is one of those who exported the beauty of Brazilian sounds to the world. Her version of Antonio Carlos Jobim’s ‘Girl from Ipanema’ literally exploded. The Brazilian-German vocalist was married to the late João Gilberto for a while, yet another Bossa Nova hero. Because her big hits are just too famous, we chose ‘Meu Piao’, a tune with interesting arrangements.

The late Oscar Castro-Neves was one of the greatest Bossa Nova guitarists of all time. He recorded solo albums and played with countless fellow artists including Sergio Mendes, Eliane Elias, Stan Getz, Stevie Wonder, Michael Jackson and Barbra Streisand. His trademark Bossa sound was, and still is, unmistakable. This is ‘Rio Dawning’ from his own album ‘Oscar!’, one of the most beautiful tunes ever recorded on this planet. Oscar Castro-Neves died in 2013 at age 73.

Marcos Valle, who is 76 years old today, had classmates who became famous musicians, just like him, namely Edu Lobo and Dori Caymmi (see below). Over the past five decades, he has written, arranged, produced, played and sung countless tunes in different styles, including Bossa Nova, Samba, Musica Popular Brasileira, Jazz and Funk. Marcos Valle mesmerizes his audiences around the world as a pianist too. This is an interesting version of one of his most famous compositions, ‘Samba de Verão’. A good horn section is included.

Gonzaguinha was a brilliant Brazilian singer and composer from Rio de Janeiro who delivered hits and stunning performances. Fellow artists interpreted many of his tunes and still do. He was introduced to the international Contemporary Jazz community by guitarist Lee Ritenour who included Gonzaguinha’s stunning tune ‘É’ on one of his 1990s albums. In 1991, Gonzaguinha died in a car crash when he was on his way to a gig. ‘Desenredo’, the song above, was recorded in 1979.

The author of these lines believes the Diplomatas do Samba were probably part of a Samba school of the same name that was founded in late 1958 as Prova de Fogo. This sophosticated Samba tune, ‘A Rua Onde Ela Mora’, sounds like it was recorded in the early 1970s.

Dori Caymmi, the son of the late Dorival Caymmi, is an extremely gifted multi-instrumentalist, composer and arranger from Rio de Janeiro. He worked with absolutely everyone in Brazil and some in the United States. But his greatest accomplishment is that he came up with some of the most beautiful sounds ever. His stunning music appeared in motion pictures as well, for instance the final scene of ‘Havana’ in which Robert Redford is looking towards Cuba from Key West, thinking of his big love portrayed by Lena Olin. It was Dave Grusin who picked the piece for this movie. Dori Caymmi even turned the ‘James Bond Theme’ into a romantic piece on one of his more recent albums. The wonderful tune above, ‘Ogum É Que Sabe’, has a stunning outro.

Bossacucanova is the youngest band gathered here. One of their strengths is to revive classic Bossa, Samba and Musica Popular Brasileira tunes. This is a free sample. ‘Tô Voltando’ was recorded by Simone, Sergio Mendes and others some five decades ago. Bossacucanova gave it some new spark plugs and an oil change.

When João Donato recorded his album ‘A Bad Donato’ in 1969, he was already known for his energetic, sambaresque and almost funky approach to Brazilian sounds, even though Funk had not even been invented at the time. His signature sound is unmistakable. João Donato is 83 years old today and still active.

Bands put together by record labels are often not too convincing. The exact opposite is the case with Banda Black Rio. WEA basically wanted a Brazilian version of Earth, Wind & Fire that would combine Samba and Funk. Oberdan Magalhães, Claudio Stevenson and others did. But this was more than a challenge. These guys put both their know-how and their heart into it. This tune, ‘Misterios de Raça’, includes stunning horn arrangements towards its end. Banda Black Rio came up with the most brilliant Samba-Funk ever right from the start.

Just like João Donato, Hermeto Pascoal ist 83 years old and a living legend who has composed and performed music of a wide range of styles using countless partially crazy instruments. This stunning tune, ‘E Nem Dá Pra Dizer’, is one of the most beautiful compositions Hermeto Pascoal has written and recorded during his long career.