Germany: Corona and the New Version of Normality 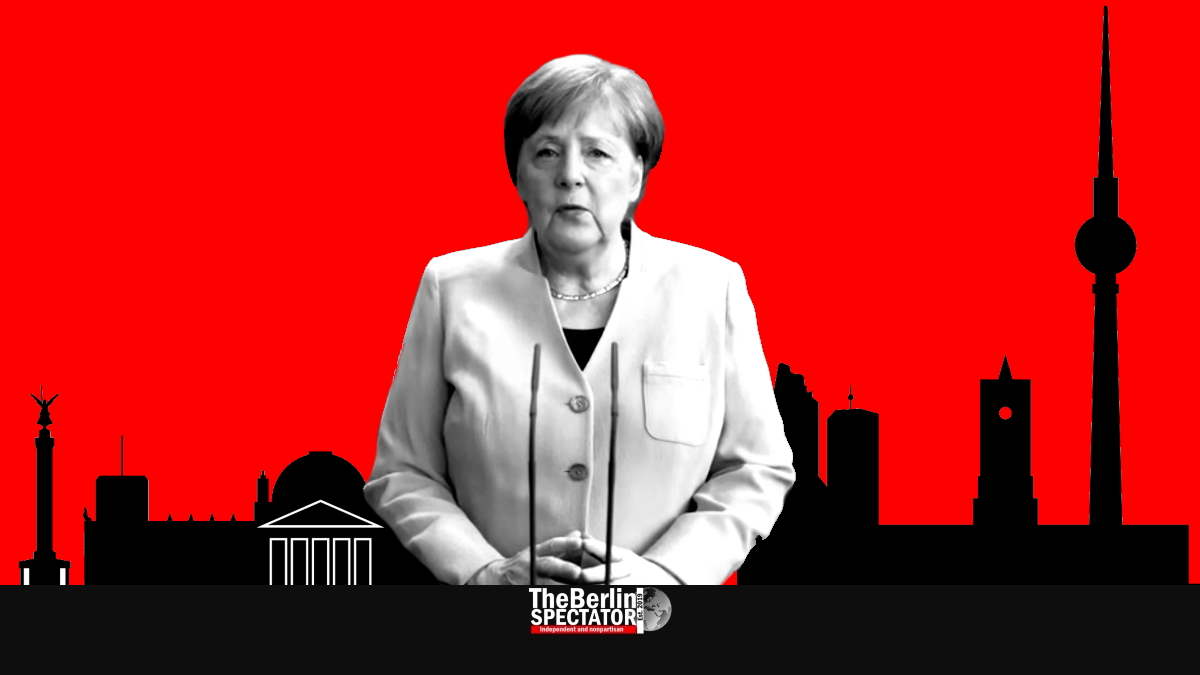 In Germany, citizens and other residents are eager to know what kind of Corona rules they will have to follow starting next week. Decisions are supposed to be taken tomorrow. Will the measures actually be eased or tightened? At this stage, hardly anyone knows.

In Germany, high-ranking politicians keep on talking about a return to normality. At the same time they concede normality will not look like anything the country has seen before. This leads to the question: What will the new normality look like?

‘Nothing Will Be As It Was’

Chancellor Angela Merkel will head her next video conference with the First Ministers of Germany’s 16 federal states tomorrow. The big question they want to find a mutual answer to is this one: How exactly will Germany continue into the future?

The contact restrictions and other Corona rules implemented in March were supposed to be valid until April 19th, 2020. Because the Coronavirus is still a big threat, they will either have to be prolonged, changed in part or replaced by new ones. Germany is wondering what the federal government and the First Ministers will come up with.

Some suggestions are on the table, for a time in which “nothing will be as it was”, as Armin Laschet, the First Minister of North Rhine-Westphalia, put it. In his televised Easter speech, he demanded an incremental exit from the contact restrictions. There needed to be a prospect of normalization, Laschet said.

That way, Laschet seemed to disagree with Merkel, at least to some extent. Just before Easter, she had said Germany needed to concentrate on adhering to the rules because the situation was still fragile. Discipline was important.

Chancellor Merkel had also stated she was looking forward to the suggestions the ‘Leopoldiner’ would come up with. This expert panel just introduced a 19-page document in which it says kindergartens and primary schools should reopen as soon as possible, also because parents needed to rely on them.

Not everyone agrees with this recommendation because the threat posed by the Coronavirus has not decreased. Children at kindergarten and primary school age do gather closely all the time when they play on school yards, in gardens or indoors. The ‘Leopoldiner’ panel says educational institutions needed to teach children in small groups. That way it was easier for them to keep their distance.

Karliczek Wants Masks to be Mandatory

Secondary school students could study on their own, the panel suggests, and get back to their teachers by reporting the progress they had made. At universities, this semester should be concluded online, according to the ideas put forward by the ‘Leopoldiner’ panel. The Greens also demanded a reopening of kindergartens and schools. Whether Merkel and the First Ministers will follow this path now or later is unclear.

There are some who are not expecting an easing of the Corona rules, but rather a tightening. Germany has done quite well in this crisis in some ways, for instance by keeping the number of Corona-related deaths low in comparison. A majority of Germans want the restrictions to be prolonged. The government could use all the support it has to take bold steps that might slow down the spread of the Coronavirus further. Merkel’s online conference is scheduled to take place at 2 p.m. on Wednesday.

On Tuesday morning, Professor Lothar Wieler of the Robert Koch Institute (RKI), the German equivalent of the American CDC, stated his institution supported the ‘Leopoldiner’ suggestion on schools, with one difference: The RKI wants secondary school kids to return to school first, because they understand the importance of keeping their distance. Generally, Germany had been successful in making sure its ICUs did not have any shortage of beds and the Corona outbreak had been stabilized, Wieler said. Still, discipline and an adherence to the rules was important.

Germany’s Education Minister Anja Karliczek said people needed to continue keeping their distance to each other and follow the hygiene rules. She told the ‘Passauer Neue Presse’ daily she believed that protective masks needed to be worn in public, and more people had to be tested for Corona.

Another big question is what kind of measures retail will have to expect. While Austria is reopening home improvement stores and small shops today, German businesses still do not know what, if anything, they will be able to do next week. The rules differ in Germany’s provinces. In Berlin, book, bicycle and home improvement shops are allowed to open. In other federal states, this was not the case.

On Tuesday in the early morning, the number of Coronavirus infections in Germany stood at 130,000. Exactly 3,194 Corona patients had died from the respiratory disease the virus causes, and almost 63,000 Germans and other residents who used to be infected are cured.

In Berlin, Foreign Minister Heiko Maas said there needed to be a standardized Corona application for smart phones all over the European Union. That way, travel restrictions and border controls could be removed more quickly, he told the publishing house Funke Mediengruppe. With Corona apps, individuals can find out whether they were in contact with an infected person. Germany has been discussing the introduction of an application of this kind for weeks without coming to any solution or agreement.

During the long Easter weekend, most Germans and other residents stuck to the rules. There were a few incidents though. In Frankfurt, police officers were attacked in two cases. Arrests followed. In Berlin, police were forced to end two protests and a party. Officers kept on reminding people of the contact restrictions in parks. People who gathered at a bathing lake together in Brandenburg province were sent home.

Patrick Maynard: To Buffer a Catastrophe, Germany Should Embrace a UBI