Germany and the Corona Crisis: The Moment of Truth 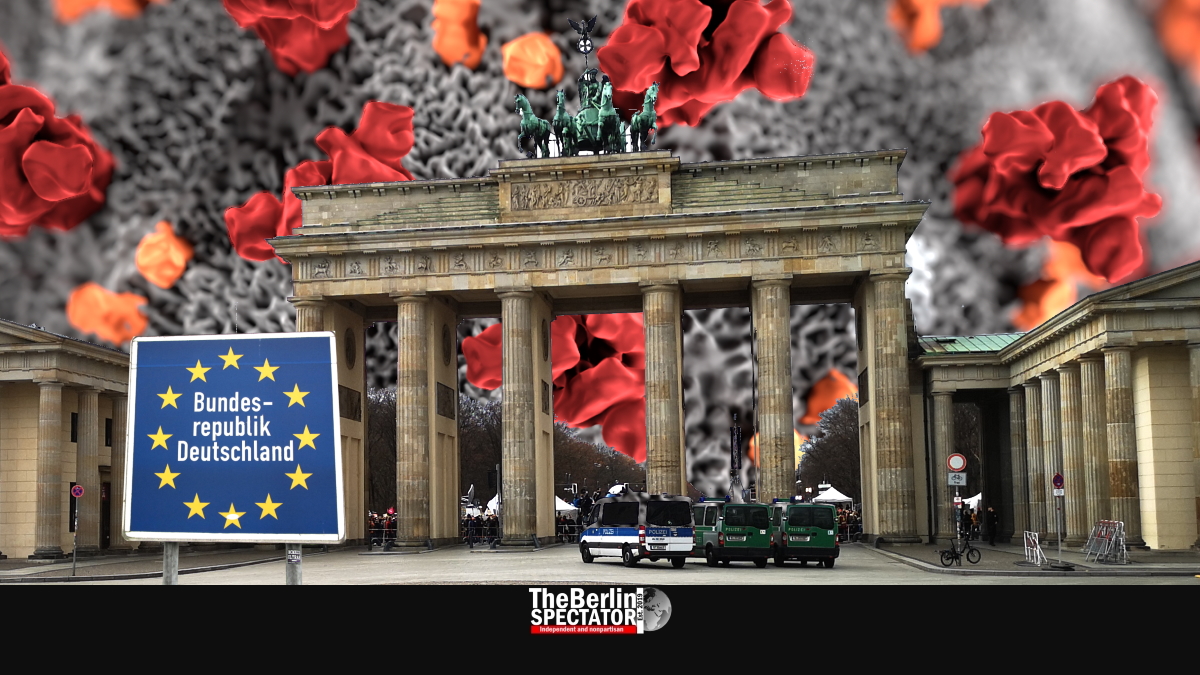 Chancellor Angela Merkel and the First Ministers of Germany’s federal states will discuss the next steps in the Corona crisis this afternoon. Beforehand, the sixteen provinces and city states wanted to agree on the right approach. They failed.

The rift did not open up between political parties, but between those who look like they might want to go down in history as those who saved Germany from part of the contact restrictions and bans on the one, and others who believe it is far too early to even consider lifting any prohibition on the other hand.

In this argument, left-wingers in Thuringia and conservatives in Bavaria are on the same side, the more cautious one, while centrists from both the Christian-Democratic Union (CDU, Merkel’s party) and the Social Democrats (SPD) lobby for easing some of the Corona rules, including North Rhine-Westphalia’s First Minister Armin Laschet and Berlin’s Governing Mayor Michael Müller. But quarreling politicians are not the only problem.

Lots of suggestions are on the table. Not all of them seem to be thought-out too well, according to a growing number of critics. The ‘Leopoldiner’ expert panel that was mentioned by Chancellor Merkel last week says kindergartens and primary schools should open as soon as possible. This idea did not go down too well in Berlin. Even swear words were used in comments on the approach the panel presented on Monday.

The range of available options is wide. They include prolonging the anti-Corona measures as they are, tightening some of them, easing others and easing all of them to some extent.

At the same time, the decision takers in politics are under pressure. Germany’s main virologists say one thing, representatives of the auto industry, which contributed a lot to Germany’s prosperity before the Coronavirus struck, want something else. Retail and educators have their ideas too. Satisfying everyone with any decision taken today is a mission impossible.

There is still the Coronavirus pandemic. No vaccination, medication or therapy can stop it right now. But easing too many restrictions could change the situation in Germany for the worse quite quickly. All of this needs to be considered during Merkel’s online conference at 2:00 p.m.. The Chancellor might have the worst job in the world today because of the tons of responsibility she is pressured by, along with her colleagues from the capitals of the federal states.

Markus Söder, the First Minister of Bavaria, indirectly rejected the ‘Leopoldiner’ panel’s and North Rhine-Westphalia’s ideas about reopening schools. “I am very reluctant on this question”, he said in an interview with ZDF television on Tuesday night. He also made clear primary schools would not be the first ones he would open if it was time for normality in education.

A few weeks ago. Söder was the first to implement restrictions. Today he seems to be the last who would agree to their easing because of the situation. “We need a safe and considerate path out of the Corona crisis”, he twittered. “Our measures are working, but we cannot risk a setback.” Söder said there could only be a cautious easing of restrictions if there was additional protection. Bavaria has the largest number of infected persons in Germany. This morning, there were almost 34,000 of them in Söder’s state.

In spite of the arguments which will probably continue today, one thing is clear by now: Germany must have taken at least some good decisions in this crisis. According to a ranking by the London think tank Deep Knowledge Group, quoted by the ‘Spiegel’ weekly, Germany is among the safest countries in the Corona crisis.

In the ranking, Germany is the most stable country in the crisis, and the second-safest one. Only Israel had managed the crisis better, the think tank believes. Many aspects were considered, including the moment when contact restrictions were put in place, and the question how well the hospitals are equipped. In the ranking, Switzerland and Austria ended up right behind Germany on the upper part. Italy and Spain hit the lowest rankings. The United States of America are on the 70th place out of 100.

Since Germany’s Foreign Minister Heiko Maas started the largest pick-up endeavor in the history of the country, 225,000 German tourists have been brought back from countries all over the world. At this stage, only a few thousand stranded tourists are left. Most of them are waiting to be picked up from Argentina, Peru and South Africa.

This morning, the official number of Coronavirus cases in Germany was 132,210. Since the crisis commenced, 3,495 related deaths were reported. More than 67,000 people who used to be infected are cured.