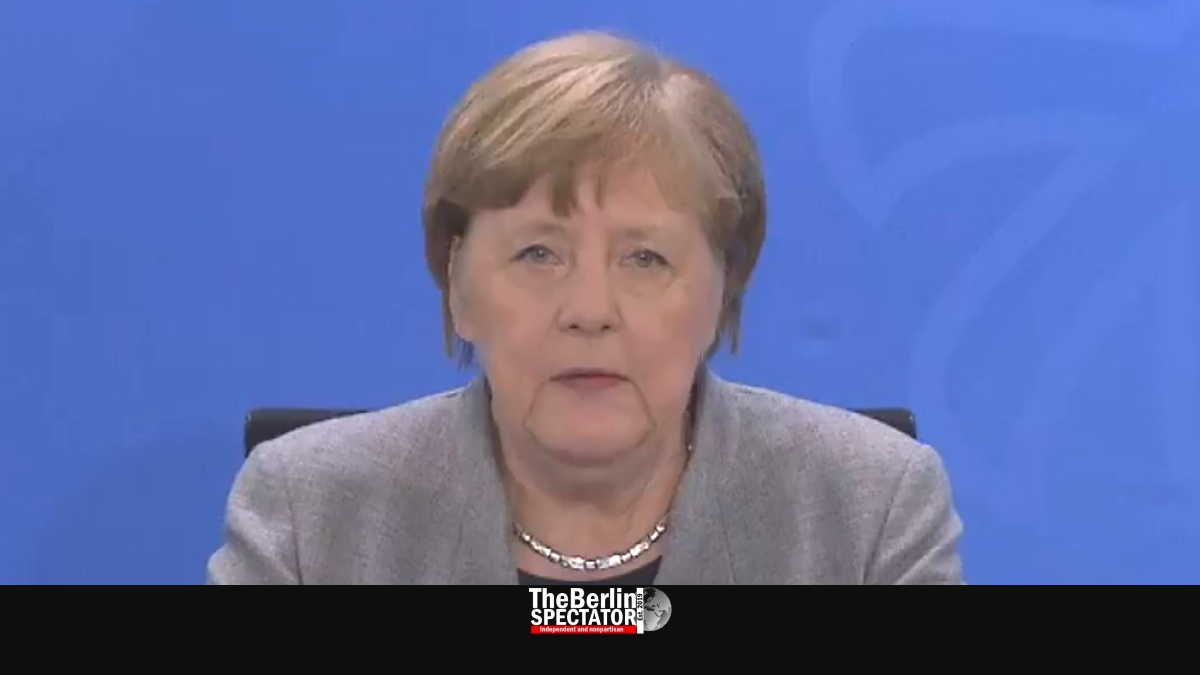 The German government and the First Ministers of the country’s federal states have agreed on changes to the Corona rules. Shops of certain sizes and kinds are allowed to open on Monday.

During a video conference, Chancellor Angela Merkel and the heads of government from Germany’s federal states decided to reopen schools step by step, starting on May 4th, 2020. First, students who are about to write their Abitur (high school diploma, A-levels) will return, along with kids in the highest primary school grades. In some federal states, primary school ends after 4th, in others in 6th grade.

Chancellor Angela Merkel, Bavaria’s First Minister Markus Söder, Hamburg’s First Mayor Peter Tschentscher and Vice Chancellor Olaf Scholz announced the results of the conference. Merkel thanked the residents of Germany for adhering to the contact restrictions so far and stressed the importance of sticking to them in the future as well.

Retail to Reopen on Monday

Some bans that had applied to retail business were lifted as well. For now, this applies to home improvement and bicycle stores, auto dealers, hairdressers as well as all shops of a size of up 800 square meters (8,600 square feet). They are allowed to reopen this coming Monday, April 20th, 2020, but there are rules they have to adhere to.

Angela Merkel explained she and the First Ministers had decided not to allow all shops to open in order to make sure city centers would not be overcrowded. She said she was convinced larger stores would be able to follow rules too. But the goal was to open businesses incrementally for good reasons.

Large events such as concerts and soccer matches with audiences on site are banned until August 31st, 2020, because of the high infection risk they pose. Prayer services at churches, mosques, synagogues or other temples are still forbidden as well. The government still wants people to refrain from taking private trips.

The German government and the federal states now recommend the use of protective masks in public transport and in shops. They are not mandatory though. On the question of masks, German politicians and experts had changed their opinions all the time since the Corona crisis commenced weeks ago.

An agreement was also reached regarding the contact restrictions. They were extended until May 3rd, 2020. This means people still need to keep a distance to others. The minimum is 1.5 meters (5 feet). People may be with up to one other person who lives in a different household or with an unlimited number of people they live with. Gatherings with 3 or more individuals are still banned.

Vice Chancellor and Finance Minister Olaf Scholz said the government and the states had partially opened social life again. “We believe this could be the extent that does not jeopardize the successes we have reached”, Scholz stated. He was referring to the deceleration of the spread of the Coronavirus in Germany.

According to participants, another argument between Armin Laschet and Markus Söder, the First Ministers of North Rhine-Westphalia and Bavaria, erupted during the conference. Those sources said Laschet had insisted on a quick reopening of retail businesses, while Söder had rejected it. Commerce Minister Peter Altmeier was part of this argument too. He belongs to those who favor a more cautious approach.

Bavaria’s First Minister Markus Söder and Hamburg’s First Mayor Peter Tschentscher were physically present at the Chancellery. Their fourteen colleagues took part via video connections. The decisions that were taken in Berlin today reflect what some federal states had wanted in this situation. Other states were not able to press home their ideas.

The reason why Merkel even bothers discussing the Corona rules with the federal states is Germany’s federalism. The sixteen provinces and city states do have the right to decide for themselves. But if each federal state came up with its own Corona rules, an enormous chaos would be created. People would possibly travel from state to state in order to get rid of certain restrictions.