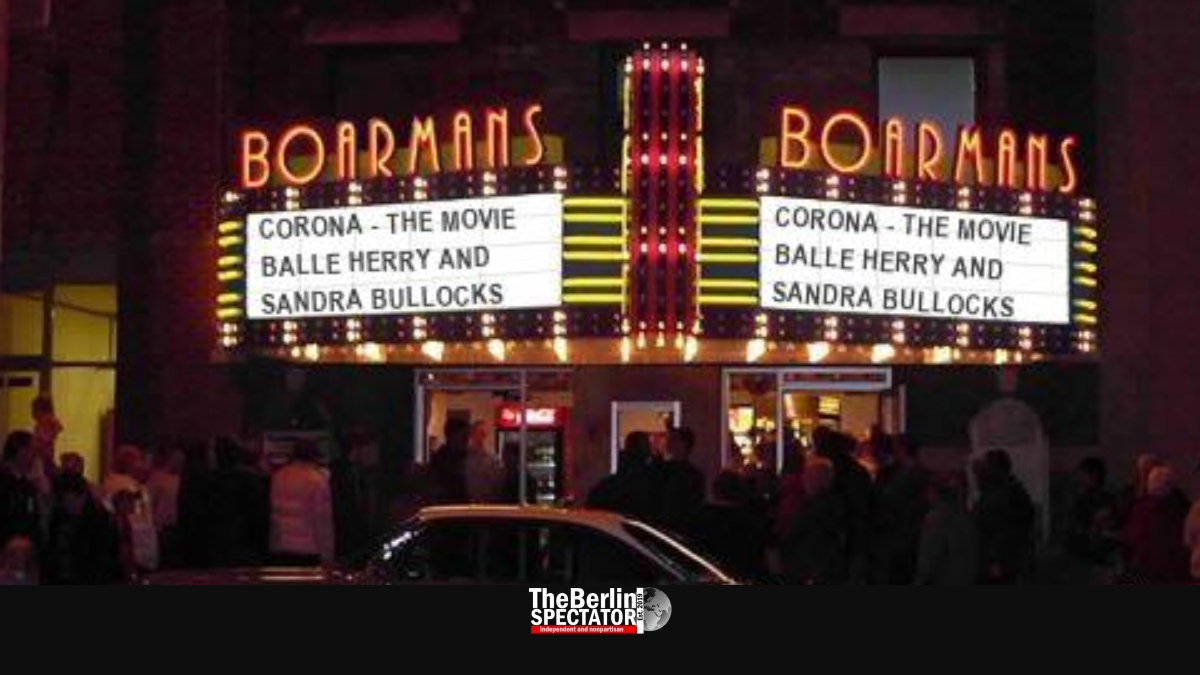 Big stories need to be turned into movies. Let’s get going, guys. The star of the flick? Guess who.

‘Corona – The Movie’ is our project. First we need the kind of director who nails the son of a bitch, a guy who will not rest until the virus is turned into lasagna, in its own movie. We need a director who rocks big-time, a man whose name is Martin Scorsese.

Now that we got this one settled, let’s pick the actresses and actors for the main and supporting roles. Actually, let me just pick them because time is of essence here. We need to get the flick into the movie theaters yesterday.

Hell! I almost forget the plot. Here we go: Mrs. Corona comes to town. The Sheriff tries to chase her away but gets quarantined. Since there is no pizza service in Corona City he orders his Pizza Frutti Di Mare in Little Rock. Those poor bastards need to drive 200 miles. By the time they get there, the cheese crust is hard.

Then it happens: The guy who will be on the respirator later is being bitten by a Rottweiler. Professor Needle tries to help, but Mrs. Corona sneezes right into her face. They join the Sheriff in quarantine, but there is not enough Frutti or Mare. That’s another 400 miles.

In the end, hell breaks loose. In a suspenseful race against time, the second and third pizza deliveries arrive and everyone is saved. Close call. The best part: Mrs. Corona falls in love with the pizza guy from Little Rock. The Sheriff is not happy once he gets out of quarantine with an additional 12 pounds his belt will have to control.

Will there have to be a convincing sequel for the next season? You bet. ‘Corona II: Nachos with Cheese’ starring Leather Hocklear and Lay Riotta. For Christmas, let’s do ‘Corona III: Quarantine on the ISS’.

Germany and the Corona Crisis: The Moment of Truth