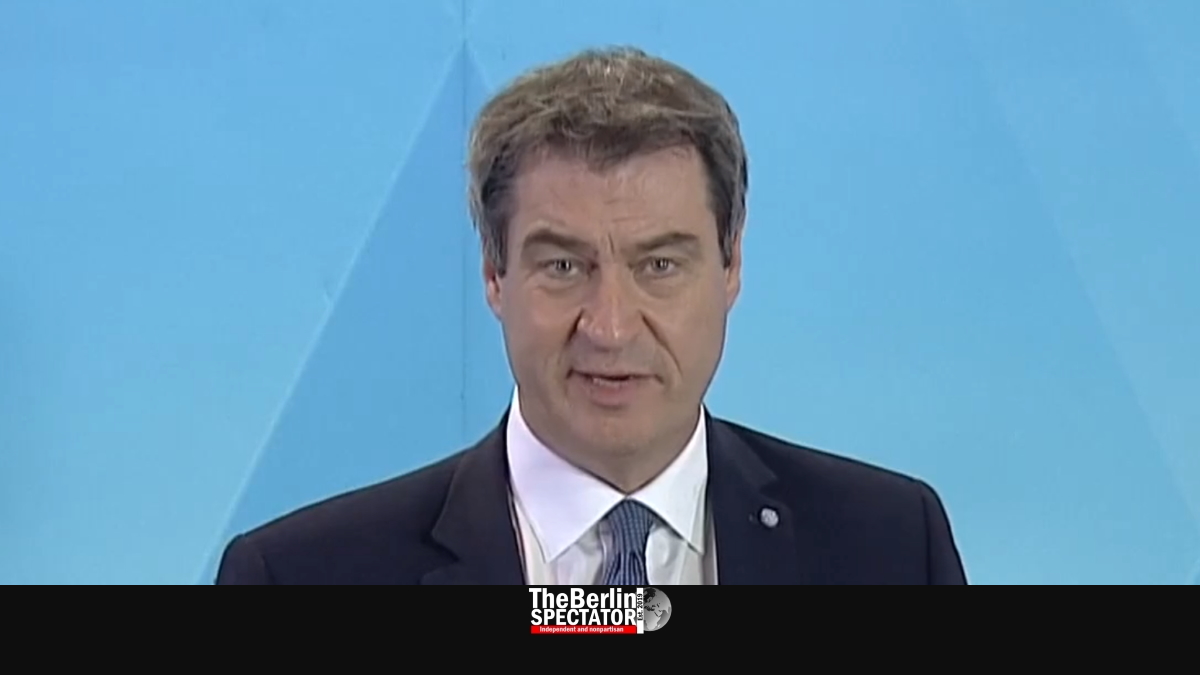 A day after he was part of Chancellor Angela Merkel’s Corona conference with Germany’s federal states, First Minister Markus Söder introduced the path Bavaria intends to take. He wants to be more careful than others.

The circumstances in Germany, including in Bavaria, were relatively good compared to other countries, Markus Söder said in Munich. “Fortunately, we did not have to go through the kind of situation others did”, the Bavarian First Minister stated. But Germany’s successes were “a delicate little flower”. In order to avoid relapses and a return to harsher measures, the country needed to learn how to live with Corona.

Söder explained that Bavaria had implemented intensive measures earlier than most other federal states. He said the numbers were partially encouraging, but the state now had more than 1,000 Corona-related deaths. “Those are 1,000 too many”, Söder stated. The doubling time had increased from two to 22 days by now and the infection rate was below 1. These numbers made him optimistic, Söder said.

The doubling time is the time it takes the number of persons infected with the Coronavirus to double. And the infection rate is the number of individuals each infected person passes the virus on to, statistically. As long as that number is below 1, the infection will vanish at some point, in theory.

Söder made clear what he does not want, namely an “uncontrolled exit strategy”. Bavaria intended to react in a time-displaced way in order to see how the measures affected the number of infections, he said. “We are sticking to the strategy we were following so far. Where we ease measures, we take action for more protection.”

What reopening businesses is concerned, the Bavarian government wanted to be more careful than others, even though the fears of business owners would be taken seriously. Reopening retail businesses required preparation, Söder explained. That is why the dates differed from those listed in the document that had been approved in Berlin on Wednesday.

Prayer Services in May

Bavaria will let home improvement stores and gardening shops open this coming Monday, April 20th, 2020. On April 27th, shops with an area of up to 800 square meters (8,600 square feet) have permission to open. Hairdressers and foot care businesses will have to wait until May 4th. In all cases, hygiene and distance rules apply. In May, Söder wants to allow prayer services at churches, mosques and synagogues.

Regarding schools, Bavaria is allowing exams to take place from April 27th in the upper secondary school grades. Other grades may return to school on May 11th. Primary schools and kindergartens would have to remain closed for now, Söder stated.

The one thing people around the world think of when they read or hear the word ‘Bavaria’ is the Oktoberfest. While no decision has been taken to cancel it, things do not look too good in this regard either. Söder said he was very skeptical and did not believe it could take place this year.

On January 27th, 2020, Bavaria was the first federal state to report a Coronavirus case. With more than 35,000 infected persons, it is the province most affected by the crisis today.