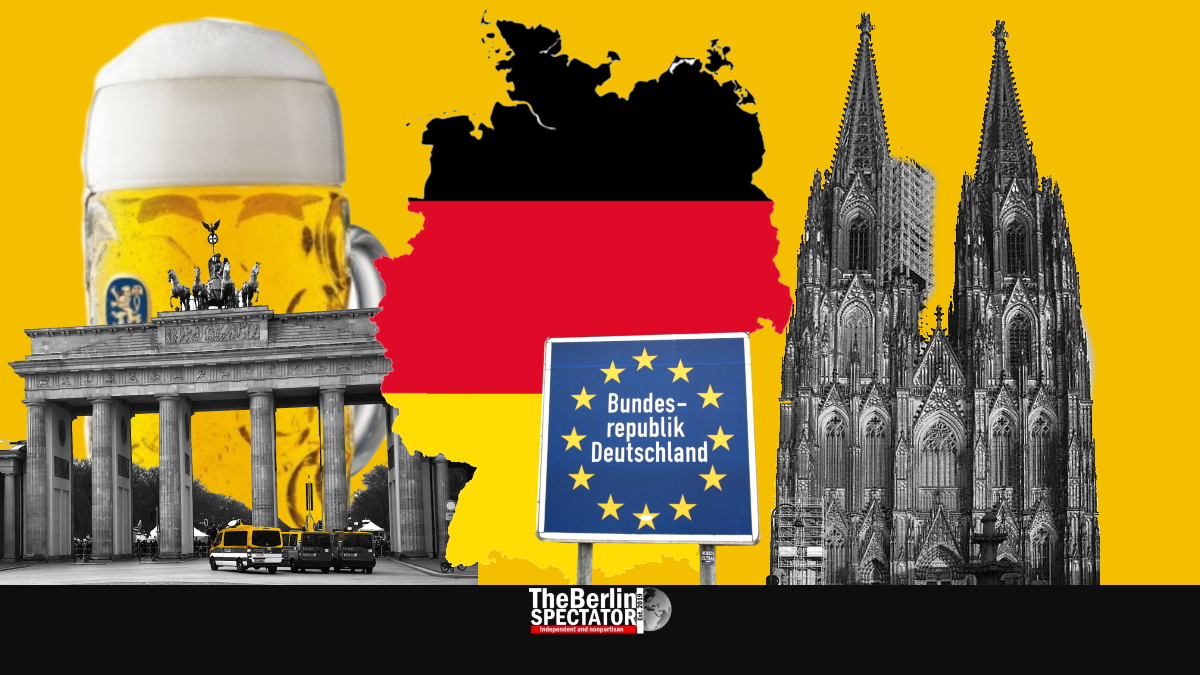 Germany’s federal states are creating what Germans call a “patchwork rug”, by custom-fitting the new Corona rules. Different rules will apply in different parts of the country.

A large majority of Germans support the new Corona rules Chancellor Angela Merkel and the federal states agreed on earlier this week. According to a poll by the TV channels RTL and ntv, 88 percent of respondents said they supported the decisions taken.

The country may be split regarding the question whether wearing protective masks in public should be mandatory or not, but they are in favor of cautiously moving towards normality, step by step, in a coordinated way. Now it turns out many of the sixteen federal states within Germany have different ideas and plans.

Some of them custom fit the new Corona rules to their views and needs, for instance by changing the dates for the reopening of retail businesses and schools. To some Germans this aspect of their country’s federalism is a curse. Others believe the rules should be adjusted because every federal state is different. A city like Berlin, with 3.7 million inhabitants, does not have the same needs as a pasture with half a dozen cows.

While the federal government and most states intended to wait a few weeks before allowing prayer services and other gatherings in churches, mosques and synagogues again, possibly in order to avoid complications during the upcoming Ramadan, as the ‘Bild’ daily reported, North Rhine-Westphalia seems to want to lift the ban sooner.

“As the social and public life are being partially reopened, this has to apply to the mutual religious life as well”, a statement by the government in Düsseldorf and representatives of the Christian, Jewish and Muslim communities read. It said a way to restart “religious life” needed to be found, but Germany’s successes in curbing the Coronavirus would not be risked.

In Baden-Württemberg, one of the most religious federal states in Germany, First Minister Winfried Kretschmann wants to allow prayer services as soon as possible too, maybe sooner than most of the country. On Thursday, his Bavarian colleague Markus Söder announced, schools in his state would reopen on May 11th. In the agreement struck a day earlier in Berlin, May 4th had been chosen as the opening date for some school grades.

Söder made clear he did not want an “uncontrolled exit strategy”. And he said the did not believe the Oktoberfest could take place this year. When a Bavarian First Minister doubts the Oktoberfest, something very serious must be going on. Bavaria also altered its dates for the reopening of certain shops.

Delay in Berlin and Brandenburg

The city state of Berlin prolonged the existing Corona rules since the Senate postponed its decision on new ones to Tuesday. Within Governing Mayor Michael Müller’s three-way center-left government coalition, there might be a new argument about the details. At least that would explain the delay. Education Senator Sandra Scheeres said the Abitur exams, Germany’s equivalent of high school diplomas in the U.S. or A-levels in Britain, would definitely commence in May.

Parts of Brandenburg’s government believe the step towards normality should have been “a little bigger”. This province intends to synchronize its approach with neighboring Berlin, meaning they will have an automatic delay. Just like Berlin, Bremen has postponed its decisions on the implementation of the agreement reached with Merkel, while Hamburg intends to come up with with an ordinance today.

In Hesse, some classes at schools will be commencing on April 27th, a week earlier than in other parts of Germany. Single parents with jobs are entitled to childcare as soon as next week. Mecklenburg-Hither Pomerania wants to stick to its entry ban for tourists, but needs more time for discussing the other rules.

Lower Saxony has not announced any special rules so far. North Rhine-Westphalia does not only want to reopen temples earlier, but also some kindergartens for what they call “emergency childcare”. Details are supposed to be announced later today. Rhineland-Palatinate seems to intend to reopen schools for some grades on April 27th, Saxony even on April 22nd, 2020, and Saxony-Anhalt on April 23rd.

The Saarland is the smallest province in Germany. Here, small shops and libraries are supposed to open next week. Regarding the reopening of its border to France, the government in Saarbrücken has not taken any decision yet.

Schleswig-Holstein, located in Germany’s north-west, intends to allow events with up to 1000 people to take place, step by step. No other federal state is ready to go this far at this stage. Soon, tourists will supposedly be allowed to enter Schleswig-Holstein again. Thuringia will reopen schools to some grades on April 27th.

So, education and shopping are moving towards normality in small steps. So will production in Germany’s auto industry. Audi announced it would start manufacturing cars again at its main factory in Ingolstadt and the one in Neckarsulm soon. The production might commence slowly because of Corona-related issues with suppliers and deliveries.

In the meantime, Germany’s Foreign Minister Heiko Maas has criticized the United States of America for announcing it would cease payments to the World Health Organization (WHO). This was “like throwing the pilot out of the aircraft in mid-flight”, Maas said. He stated, this was the worst moment to cast doubt on the WHO. Chancellor Angela Merkel promised the organization support from Germany. U.S. President Trump had accused the WHO of having reacted to the Corona crisis too late.

This morning, Germany’s Health Minister Jens Spahn said that since April 12th, 2020, the number of cured individuals in the country was larger than that of newly infected persons. According to Spahn, the Coronavirus pandemic is now “controllable or more controllable”. In “international comparison”, the situation in Germany was good, he said.

On Friday in the early morning, the number of persons infected with the Coronavirus in Germany stood at 137,698. There have been 4,052 related deaths since the Corona crisis began. At least 76,881 individuals who were infected are cured.