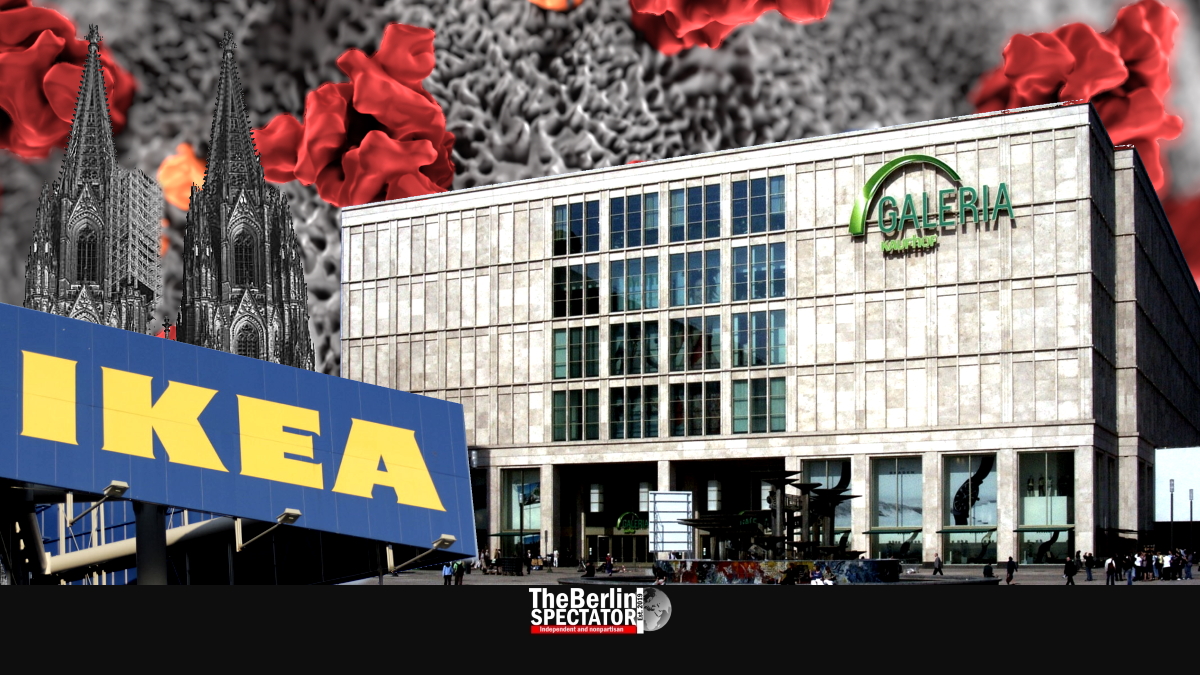 In Germany, a large retail chain has filed a lawsuit against North Rhine-Westphalia because it feels it should be allowed to open its department stores. It was a foregone conclusion that the path to what politicians call “the new normality” would be a little bumpy.

Galeria Karstadt Kaufhof, a company that owns many department stores in Germany, just started a legal battle against the federal state of North Rhine-Westphalia. The corporation wants to open its Karstadt and Kaufhof stores now. It filed the lawsuit at the Higher Administrative Court in Münster.

The court in charge of the case first wants to give the government of North Rhine-Westphalia an opportunity to comment on the matter. As early as next week, a decision might be taken. More law suits will likely follow. In Berlin and Greifswald, courts reportedly similar lawsuits Karstadt Kaufhof had filed.

On Wednesday, Germany’s federal government and its 16 federal states had eased the Corona rules for many retail businesses. Starting on Monday, shops of a size of up to 800 square meters (8,600 square feet) are allowed to open. Galeria Karstadt Kaufhof feels discriminated because most of their stores are a lot larger,

The Swedish furniture giant Ikea intends to reopen its European stores in May. In North Rhine-Westphalia, where Ikea has as many as eleven stores, it got a special permission to reopen them on Monday, April 20th, 2020. But it will not happen quite as quickly. The company said it needed time to prepare because the new hygiene rules needed to be implemented. It is unclear, when exactly those Ikea stores in Germany’s largest federal state will actually reopen.

Ikea says the Corona crisis had reduced its turnover by more than 60 percent. The company’s CEO Jesper Brodin stated, most Ikea stores in Europe and North America were still closed, while most Asian ones were open. But the company’s online sales had doubled. Especially kitchens, pots, pans and office furniture had sold very well in the past weeks. Brodin said, he expected an increase in sales of baby products in seven to eight months.

The federal government’s chief spokesman Steffen Seibert said on Friday, Berlin was satisfied with the implementation of the 800 square meters rule. Minor variations had been announced by some federal states. But the “overall picture” in Germany was uniform.

According to the German Retail Federation, large stores can implement hygiene rules as well, while making sure customers keep their distance to each other. Commerce Minister Peter Altmaier said the 800 square meter rule had been a compromise. He announced a plan for the reopening of more retail businesses.

The German tourism industry is worried too. A suggestion by the Berlin Bundestag’s President Wolfgang Schäuble, according to which the next summer vacations should be shortened, was rejected by the Federal Association of the German Tourism Industry (BTW). It’s President Michael Rabe said this was an “irresponsible discussion”. Both citizens and businesses needed predictability.

Not only businesses insist on reopening soon, but also temples of the Christian, Jewish and Muslim faiths. Representatives of these religions are in the process of developing a concept for an incremental reopening of churches, synagogues and mosques after April 30th, 2020. On that day, Chancellor Angela Merkel will have her next phone and video conference with the First Ministers from the federal states.

According to the Ministry of the Interior in Berlin, the concept by the representatives of the different faiths will be the basis for decisions on the matter. For the Central Council of Jews in Germany, its President Josef Schuster welcomed the plan. “Especially in difficult times, religion and praying together provide important support”, Schuster said.

Yet another problem Germany is increasingly dealing with is fraud in connection with Corona aid programs. In Berlin alone, the police and the prosecution are dealing with 41 cases of this kind right now. More cases were reported in North Rhine-Westphalia, Hamburg, Saxony and Bremen.

‘New Normality’ for ‘Many Months’

According to Germany’s Vice Chancellor and Finance Minister Olaf Scholz, today’s situation will not change anytime soon. “We have to develop a new normality that will accompany us for many months, and probable into next year”, Scholz said at a press conference on Friday.

On Saturday in the early morning, the number of Coronavirus infections in Germany stood at 141,397. Since the crisis began, 4,352 related deaths have been reported. More than 83,000 persons who used to be infected with Corona are now healed.