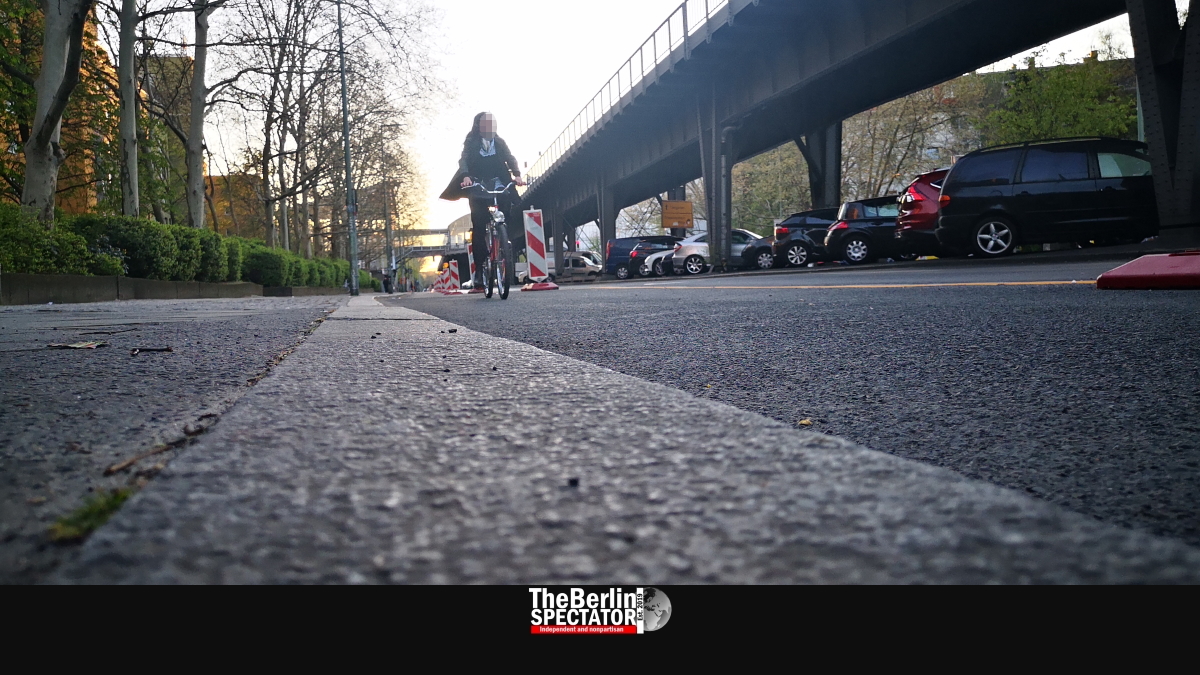 The city state of Berlin is in the process of adding temporary, wide bike lanes to several streets. That way, bicyclists can keep their distance from each other, just as they should.

During the Corona crisis, less cars and trucks are filling the streets of Berlin, but more bicycles. The Senate used the opportunity to do something it had planned long before the Corona crisis, namely giving bicyclists more room. Because people are supposed to keep their distance, in order to slow down the spread of the Corona virus, Berlin’s Environment and Transport Senator Regine Günther became active.

Mostly on streets that were supposed to get real bike lanes at some point, the space for bicyclists was marked using red warning signs and provisional yellow street markings. That way people on bikes are protected from the cars and trucks on the other lanes.

Especially in Kreuzberg, but also in other parts of the German capital, stretches on several streets already have temporary, wide bicycle lanes:

Regine Günther recently said the purpose of the “pilot project” was to provide more room and therefore more safety for bicyclists. She stated the temporary lanes would be marked on streets on which wide bike lanes were going to be installed anyway.

In early 2019, Berlin had started establishing wide bicycle lanes in green, protected by bollards. But the Senate and the districts seemed to be busier discussing things than actually getting them done. At some point, the bike lane project was stalling.

Then the Corona crisis came. Governing Mayor Michael Müller’s center-left government coalition may be delaying decisions about the new Corona rules in the German capital, because of arguments, but the installation of those makeshift bicycle lanes did happen quickly indeed.

Lanes to Last Until End of May

When Berlin’s Friedrichshain-Kreuzberg district got some temporary bike lanes, Pankow and Prenzlauer Berg wanted some as well. The traffic management division at the Senate Administration for Traffic orders those lanes once the district mayors agree.

Those temporary bicycle lanes are supposed to remain in place until the end of May. What happens afterwards depends on Corona, the traffic situation, and on Governing Mayor Müller’s coalition.

Surface of the Moon

Whatever happens, there is a lot of work ahead. Hundreds of miles of bicycle lanes in Berlin need to be repaired and widened. Many of them were built in the 1980s. By now they have more in common with Swiss cheese, the surface of the Moon or roads on the Balkans than with actual bike lanes.