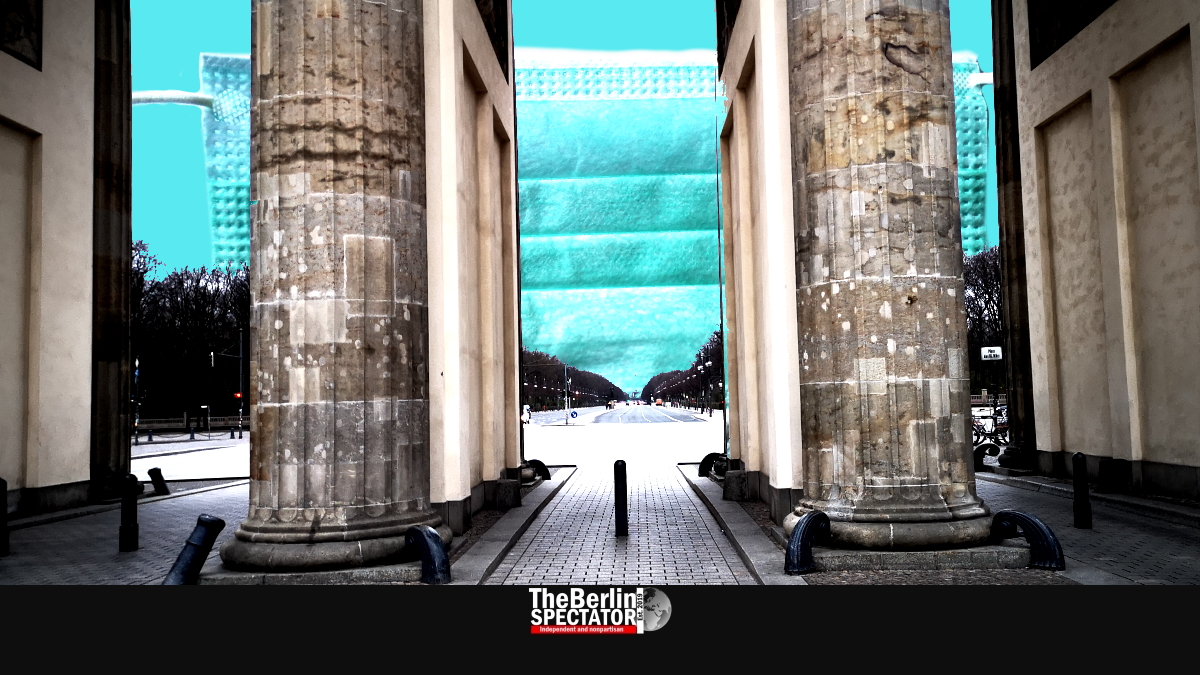 A majority of Germans believe wearing masks in public should be compulsory. But, at this stage, the country does not seem to have enough masks. The government says billions of them were needed.

In Germany, the Coronavirus’ reproduction rate has increased again, but only slightly. According to the Robert Koch Institute, it now stands at 0.8. A few days ago it had been at 0.7. This rate shows how many people the Coronavirus is being passed on to by each infected person, on average. As long as this number is below 1, things are going in the right direction, meaning the number of infections decreases.

The danger has not passed. Germans now seem to feel safer with protective masks. In a poll conducted for the ‘Tagesspiegel’ daily, 46.2 percent of respondents said they wanted masks to be mandatory in public, while 39.7 percent said they were against any such measure.

Since the crisis began, Germany has refrained from making protective masks mandatory because of statements made by scientists who said they did not help, but also because hardly any masks were offered anywhere in the country. The situation has improved to some extent, since the federal government and Germany’s federal states purchased millions of masks. Also Germany’s main virologists have changed their minds about the benefits of wearing them.

Commerce Minister Peter Altmaier told the ‘Bild am Sonntag’ weekly, up to 12 billion masks would be needed during the Corona crisis. “If we want to enable Germans to work, shop and take the bus wearing masks, we need 8 to 12 billion masks per year”, Altmaier stated. He said it would be an advantage if most of those masks were manufactured in Germany.

Sunday, April 19th, 2020, is day number 83 since the first Coronavirus case was reported in Germany and day number 26 since the contact restrictions were put in place. This morning at 8:00 a.m., there were 143,724 infected persons in Germany. As many as 4,538 Corona-related deaths have been reported.

Government Aid for Restaurants and Hotels

The German government now wants to help restaurant and hotel owners. Those businesses are affected by the Corona crisis even more than retail because restaurants, pubs and cafés are still not allowed to welcome guests. At this stage, they can only sell takeout food. Hotels are banned from renting out rooms to tourists.

Vice Chancellor and Finance Minister Olaf Scholz told the ‘Welt am Sonntag’ weekly, the government was now focused on business sectors which had to wait a lot longer before they would be back in business. Hotels and restaurants were part of those, Scholz stated. According to him, investment incentives will be announced after the crisis. And he said he wanted tax increases for the wealthy.

In the meantime, most Germans are still following the Corona rules by keeping their distance. But there are incidents. In Berlin and Cologne, police took action by ending protests. In the German capital, officers also stopped a ‘Corona balcony party’ in Friedrichshain, a barbecue in Lichtenrade, a yard gathering in Mitte and a soccer match with five players in the Moabit district. At Schillerpark, 200 people gathered in small groups. They were reminded of the rules and sent home.