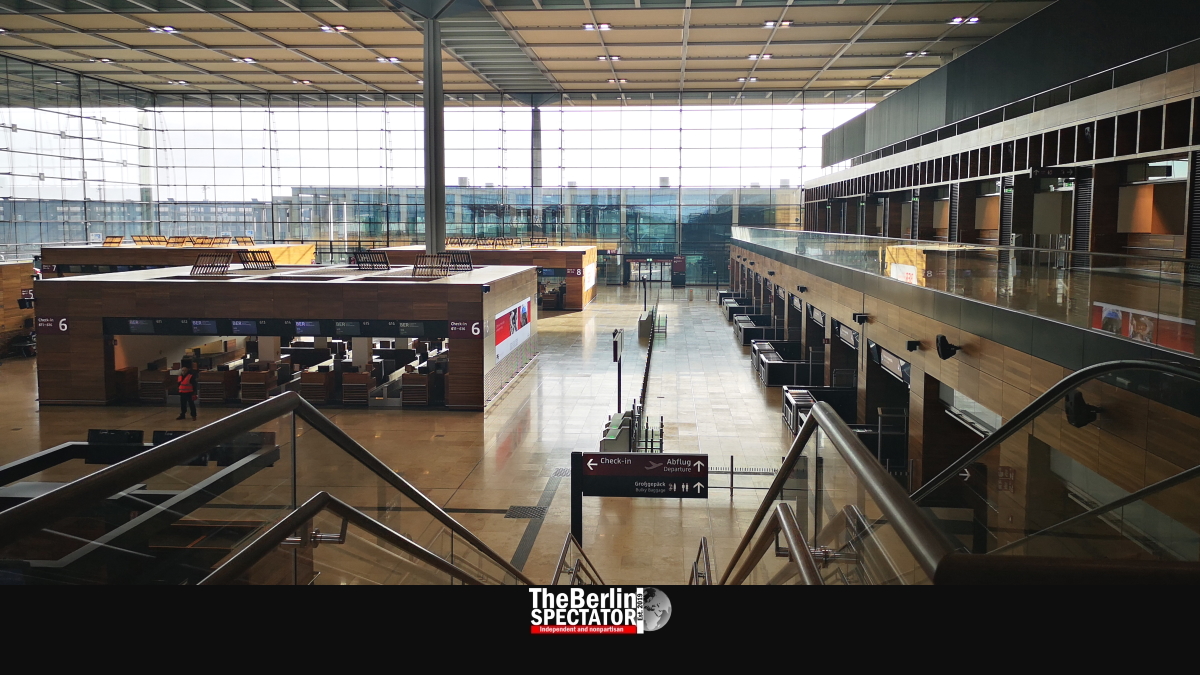 Nine years later than originally planned, BER Airport in Schönefeld will be opened on October 31st, 2020. The operators say they have all required documents.

The road to the inauguration of ‘Flughafen Berlin Brandenburg Willy Brandt’ (BER Airport) was a bumpy one. Over the years, a gazillion technical issues appeared. The wiring was one of the main problems. Now Germany’s Technical Control Board (TÜV) finally approved the last items.

Trial Operations in Time of Corona

Engelbert Lütke Daldup, the CEO of the airport’s operator ‘Flughafen Berlin Brandenburg GmbH’, said the commissioning had never been as certain as it was today. “We do not see any risks for the activation”, Professor Lütke Daldrup was quoted saying by German-language media.

Because of the Corona crisis, the passenger flight business has slumped down to 1 to 2 percent of what it was before, according to Lüdke Daldrup. Only about 1,000 passengers are being serviced at the old airports Tegel, located in Berlin, and Schönefeld, the future Terminal 5 of BER Airport, combined.

He said this situation would make the rehearsals easier. Hundreds of volunteers are supposed to be part of trial operations in summer, during which all aspects will be tested, including the check-in counters, baggage systems, gates and the train station in BER Airport’s basement. Even fire drills will be part of the program.

Berlin has four big airports. One was shut down for good in 2008, another will follow on November 8th, 2020.

> Tempelhof Airport was closed for flights in 2008. It is now ‘An Airport for Skaters, Cyclists and Dogs‘.

> Tegel Airport was supposed to be closed for good on November 8th, 2020, and converted into some kind of industrial complex. Now it might be shut down a lot earlier.

‘Flughafen Berlin Brandenburg Willy Brandt’ will have a capacity of 28 million passengers per year. In 2019, a total of 35.5 million passengers arrived at – and took off from – Tegel and Schönefeld. BER’s Terminal 2 was supposed to increase the capacity accordingly. So was Schönefeld Airport a.k.a. Terminal 5.

Now it looks like the additional capacity will not be needed anymore for quite a while. Because of the Corona crisis, the aviation industry believes it will take several years until the number of passengers and flights is back to the level it used to be at.

Merkel on Easing of Restrictions: ‘Advancing Too Fast Might Be Mistake’