Corona in Germany: Many Shops to Reopen Today 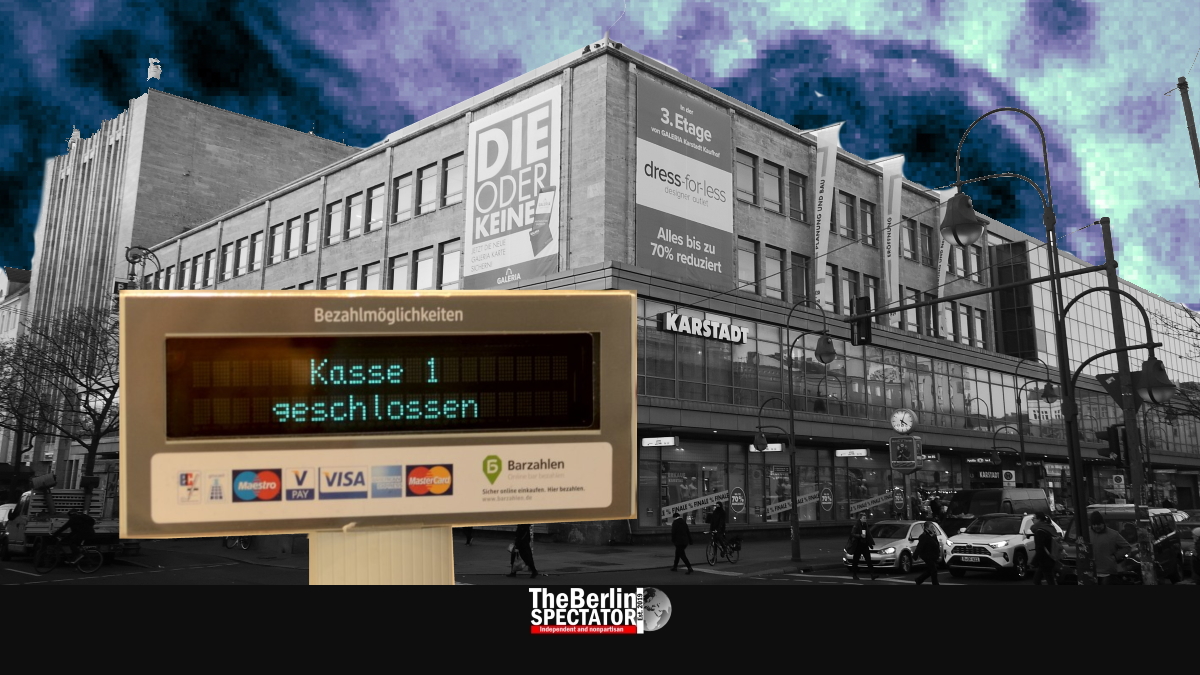 In Germany, certain kinds of shops are supposed to reopen today, after a Corona break of four weeks. But there are different approaches in some federal states.

On Wednesday of last week, Chancellor Angela Merkel and Germany’s sixteen federal states decided to take little steps back to normality. Shops with a size of up to 800 square meters (8,600 square feet) got the permission to reopen today, on April 20th, 2020. The same applies to car dealerships, book shops and bicycle stores, no matter how large they are.

But what actually happens in city and town centers, in shopping streets and malls, is up to the federal states. That is why some of them changed the rules. This was also the case before the easing of some of the retail restrictions. For instance, book shops, bicycle and home improvement stores have been open in Berlin all along.

In Bavaria, the contact rules used to be stricter than in the rest of Germany. Here, people are now allowed to meet one person who does not live in their household. In most of Germany, that rule took effect four weeks ago, when the ‘contact ban’ kicked in. It was supposed to slow down the spread of the Coronavirus, and actually did.

Gatherings in churches, mosques and synagogues are still forbidden. The same applies to big events such as soccer matches, concerts or festivals with audiences on site. Those are banned until August 31st, 2020.

Thuringia to Wait Until Friday

In spite of the decisions taken in Berlin, large stores in Rhineland-Palatinate are allowed to open now, as long as they limit the space customers are supposed to enter to 800 square meters (8,600 square feet). This is not the case in the rest of Germany. Neither is the direction Brandenburg and Lower Saxony are taking. In those provinces, shops in malls are allowed to open today as long as their size does not exceed 8,600 square feet.

While the partial easing of the Corona rules is taking effect today, some federal states postponed the actual reopening of retail businesses. Thuringia will let shops reopen this coming Friday. In Berlin and Brandenburg, business owners and potential shoppers will have to wait until Wednesday, if the Berlin Senate manages to agree on the details tomorrow.

In Bavaria, gardening shops, home improvement stores and beverage shops may open today. Car dealerships, bicycle stores and book shops will follow next week, along with all shops that do not exceed the maximum size of 8,600 square feet. In North Rhine-Westphalia, furniture stores have the permission to open today. Ikea announced it was preparing to open its eleven stores in that federal state, but that it would take them a little longer.

Masks Mandatory in Parts of Germany

Of course not everyone is happy with the new rules. Some retailers feel discriminated. Lawsuits initiated by Galeria Karstadt Kaufhof, a company that owns large department stores, were just dismissed by courts.

There are towns and cities in which wearing protective masks is mandatory too. Those include Wolfsburg, Jena and Sulz am Neckar, a town with a population of 12,000 in Germany’s south-west.

Kindergarten Concept to be Developed

What schools are concerned, they are supposed to open for certain grades on May 4th, 2020. Some federal state are taking that step earlier. In Berlin and Brandenburg, Abitur exams (high school diploma, A-levels) will be taking place now. In Saxony, those exams are being prepared starting today. In Hesse and Rhineland-Palatinate, Abitur exams started in March, during the peak of the Corona crisis.

There is another change: Doctors in Germany will not issue sick notes over the phone anymore. This means anyone who is sick will actually have to go to the doctor in order to be treated and for getting a sick slip for their employer or school.

In ten days from now, on April 30th, 2020, the federal government and the federal states will assess the situation again, during a phone or online conference. Depending on the recommendations of the main virologists in the country, they might ease more Corona rules. Or they might tighten them again, in case the reproduction rate for Corona increases until then.

This morning, Germany had more than 145,000 Coronavirus cases. Since the crisis started, 80,000 people who used to be infected at some point were cured. As of this morning, there have been 4,642 Corona-related deaths in Germany.

Germany: Will We Be Spending the Summer Vacation on the Balcony?