Merkel on Easing of Restrictions: ‘Advancing Too Fast Might Be Mistake’ 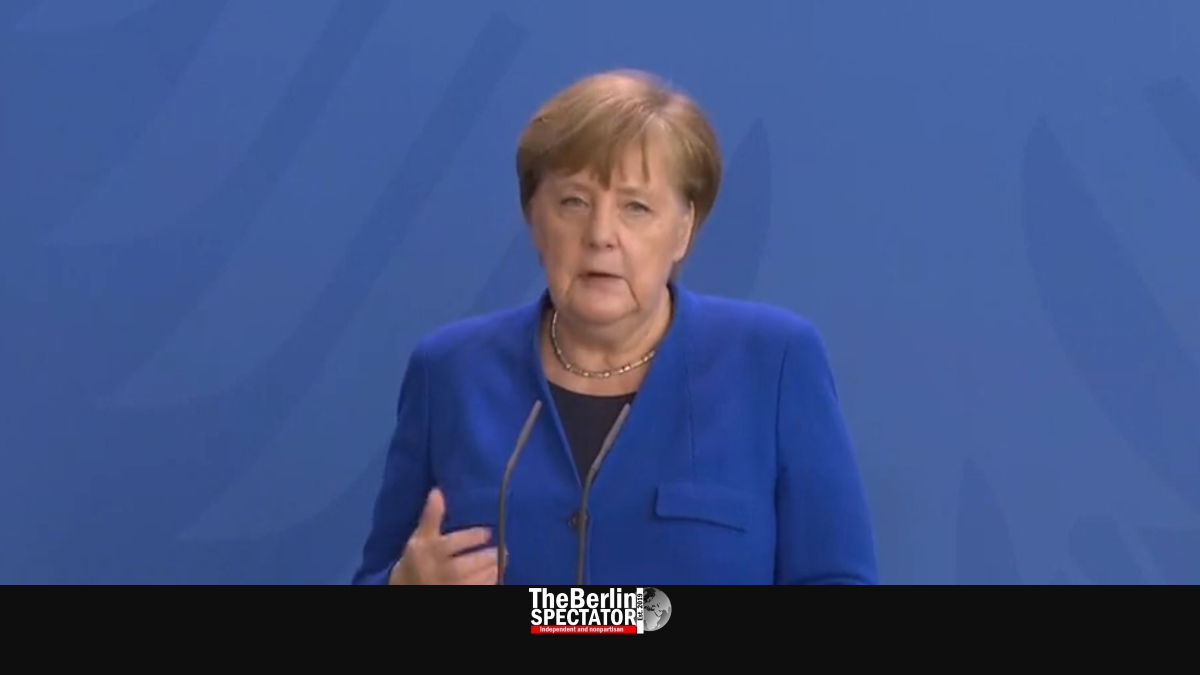 At a press conference in Berlin, Chancellor Angela Merkel asked the Germans to keep on taking the anti-Corona restrictions seriously. Germany was not out of the woods yet, Merkel said.

“We should not overlook the fact that this is only the beginning [of the Corona crisis]”, Chancellor Merkel stated. Germany needed to move forward carefully and incrementally. “It would be a pity if there was a backslide and if we would endanger the successes”, she said. “We should not be reckless.”

It was necessary to be vigilant and disciplined, Merkel stressed several times, while showing empathy as well. “I know about the hardships many people are going through, including parents, especially single ones”, the Chancellor said. She also mentioned owners of restaurants, hotels and other businesses as well as artists and religious communities.

Merkel said, she knew there were people who lived alone and who felt a lot lonelier in the Corona crisis. But at the same time she was convinced the hardships needed to be faced by doing what was necessary, especially at the beginning of the crisis.

“My concern is that we stay focused. The margin we have granted ourselves should be used as tightly as possible rather than as widely as possible”, Merkel said. She referred to the fact that Germany’s federal states have the right to interpret and custom-fit the rules. She indirectly told them not to exaggerate by easing too many restrictions.

Referring to the number of persons infected with the Coronavirus, the Chancellor said the consequences of the reopening of retail businesses today would be seen in 14 days from now. “This is what makes all of this rather difficult”, Merkel conceded. “Let’s hope there will not be another shutdown. But this would be the consequence if the numbers climbed again.”

Merkel said it was her government’s goal to avoid dramatic conditions in Germany, as they had been seen in other countries. Avoiding a step backwards was also in the interest of the economy and of public life, she stressed.

“It was my impression that, since Wednesday, the ongoing discussion was based on safety we do not have”, Merkel told the Berlin press. “Advancing too quickly might be a mistake.” On Wednesday, the government and the federal states had announced an incremental easing of restrictions and bans. More decisions on restrictions were announced for April 30th.

Germany: Will We Be Spending the Summer Vacation on the Balcony?