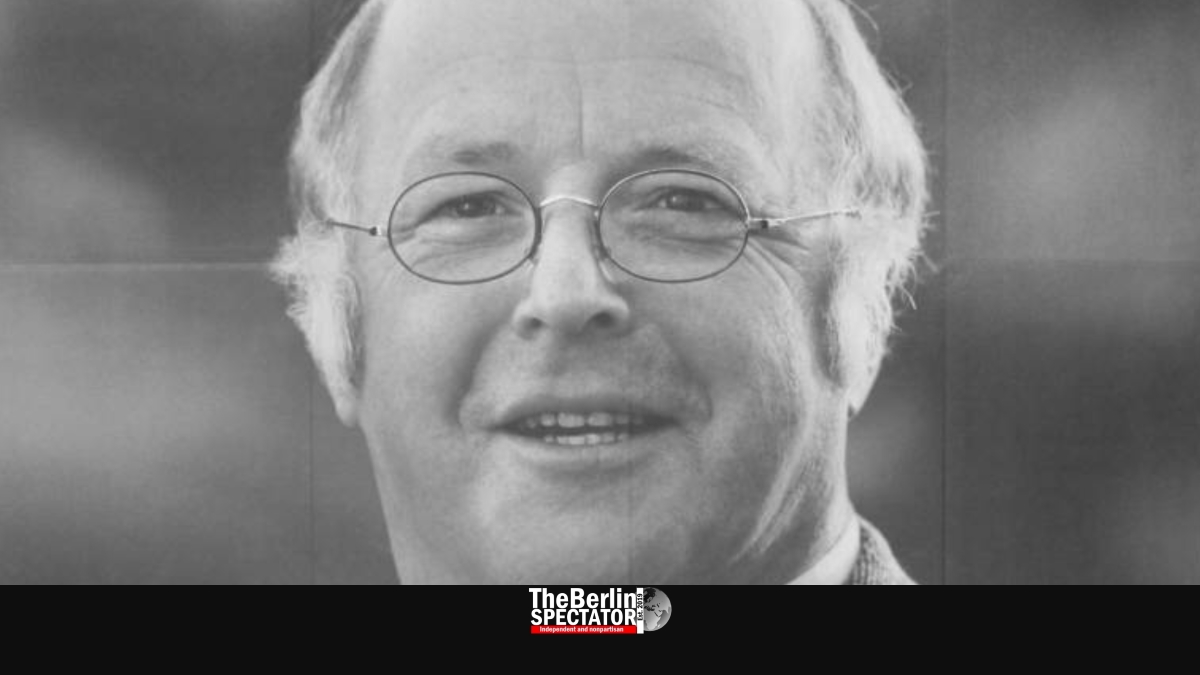 Politicians in Berlin and other Germans all over the country were sad to read and hear about the passing of former Labor Minister Norbert Blüm today. Chancellor Angela Merkel said her former colleague had influenced her.

“Mr. President, you are a torturer.” This was the first sentence Germany’s Labor Minister Norbert Blüm told General Augusto Pinochet in Chile in 1987. Not everyone in the former capital Bonn was happy about the minister’s activities for Human Rights in Chile or elsewhere.

‘The Pensions Are Safe’

Blüm, who became a toolmaker at first, joined the conservative Christian-Democratic Union (CDU) in 1950. From 1967 to 2000, he was part of its federal executive board while he also led the party in North Rhine-Westphalia. In Berlin, he became Senator for Federal Matters in 1981. Just a year later, Chancellor Helmut Kohl made him Labor Minister. “The pensions are safe” is his most famous quote.

Norbert Blüm kept this job until the end of the Kohl era in 1998. He was the only federal minister who stayed in office all this time. Afterwards, Kohl and him fell out with each other.

After Norbert Blüm’s death was announced on Friday, President Frank-Walter Steinmeier said he had been an “outstanding personality in Germany’s history”. Blüm’s name would always be connected to his commitment in pension politics.

“To Blüm, justice, credibility and philanthropy were no mere phrases, but the maxim of a Christian social politician”, President Steinmeier stated in the condolence letter he sent to his widow.

Chancellor Angela Merkel said the news of Norbert Blüm’s death had saddened her. “I worked with the former Labor Minister in Helmut Kohl’s cabinet from 1982 to 1998”, Merkel, wo used to be Germany’s Environment Minister then, stated. Blüm had influenced her a lot.

“Norbert Blüm was a politician who could explain modern social policies to everyone, in a comprehensive way”, Mrs. Merkel said. He had known both the workbench and the minister’s desk. Also he had shaped the social market economy. And he had loved the people who had built up Germany.

Armin Laschet, the First Minister of North Rhine-Westphalia, also commented on the passing of his predecessor as CDU party chairman in the federal state. Laschet said the deceased had been “the social conscience of the Bonn Republic.” That term is being used for the Federal Republic of Germany before its unification with the communist GDR.

Norbert Blüm had fought for the weak. He had been courageous facing powerful people, Laschet said, not without mentioning Blüm’s performance in Santiago de Chile. “He has given me a lot of advice. It was possible to laugh with him, and to listen to him for hours”, Laschet stated.