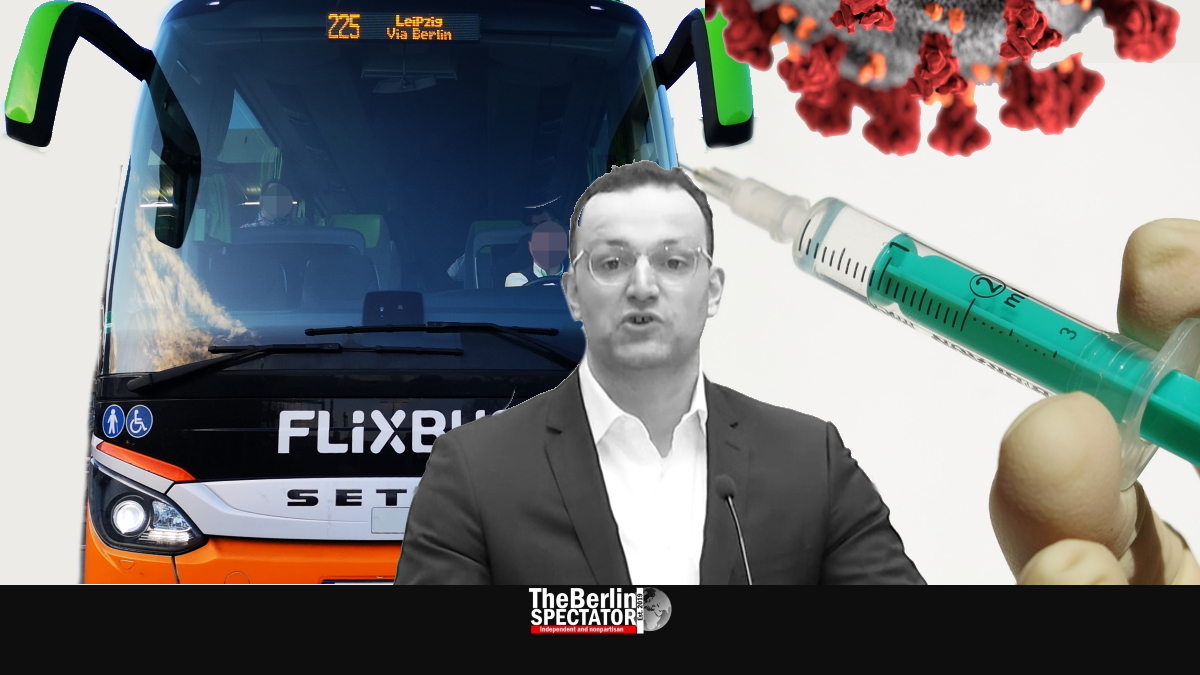 Germany’s Health Minister Jens Spahn believes hospital staff and high risk groups need to be vaccinated first, once a Corona inoculation is available. But that moment might be a year away.

In an interview with the ‘Funke Mediengruppe’ publishing house, Germany’s Minister of Health Jens Spahn stated once there was a vaccine against the Coronavirus it would not be available for billions of people at first, but for some only. Therefore there needed to be a prioritization.

Spahn stated it was up to the Vaccine Commission at the Robert Koch Institute in Berlin to give recommendations regarding the question who would be vaccinated first. But he said he believed medical staff and high risk groups would have to be included. According to experts, elderly people and patients with preexisting conditions are among those.

According to Spahn it will take time until a vaccine is available. Experts believe it might be a year or longer. But, to Spahn’s opinion, the federal government needs to work on a reliable mass production now. In the interview with ‘Funke Mediengruppe’, he also said the vaccine needed to be produced in Europe once it was available.

But for now, the government in Berlin is mostly concentrating on finding the right balance between protection from the Coronavirus, freedom for the population and the reopening of businesses. Saving the latter is a never-ending task.

The food service industry keeps on ringing the alarm bell. Restaurant and pub owners want to reopen their businesses now. They demand a perspective and more help from the state. In Berlin, restaurant owners staged a protest on Friday.

Because demonstrations with more than 20 people are illegal these days, due to the danger posed by the Coronavirus, they lined up hundreds of chairs in front of Brandenburg Gate. With the protest entitled ‘#LeereStuehle’ (‘#EmptyChairs’) they intended to say they are ready to reopen their restaurants and need to do so in order for their businesses to survive.

In the fact that most shops are allowed to open, but they are not, restaurant, café and pub owners see an injustice they want corrected. The government, on the other hand, fears the distance rules might not be kept at businesses of this kind, especially if thousands of Germans were to invade beer gardens and similar places.

Coach operators are badly affected by the Corona crisis as well. Their business is dead at this stage, which is why Transport Minister Andreas Scheuer is preparing an emergency relief package. The Berlin government intends to prevent a wave of bankruptcies here too.

This is about saving bus companies that transport school kids, but also those which offer touristic tours and passenger transport throughout Germany and Europe. Because of the contact ban, the tourism ban and closed borders, there are hardly any buses on the roads. Sightseeing tours are forbidden as well.

Even though bus operators do not have to pay vehicle taxes right now, they are still forced to cover loans and other overhead costs. A long distance travel bus costs up to 500,000 Euro (541,000 U.S. Dollars or 437,000 Pounds Sterling). Recently, many companies have purchased new low-emission vehicles. What exactly the aid program for coach operators might look like is not known at this stage.

In the meantime, the German government’s pick-up endeavor for stranded tourists is coming to an end. On Friday, the last charter flight with tourists who were stuck at a tourist destination, in this case it was South Africa, landed in Frankfurt. The Ministry of Foreign Affairs had planned the program.

So far, 240,000 stranded tourists were flown back to Germany. Now the Ministry is dealing with individual cases of tourists who are still at exotic locations they cannot leave because of closed borders and a lack of flights. The pick up endeavor’s price tag was 50 million Euro (54 million Dollars or 43 million Pounds).

Early this morning, the number of confirmed Coronavirus infections in Germany stood at 154,545. There have been 5,723 deaths. At least 106,800 individuals who were infected are healed now.