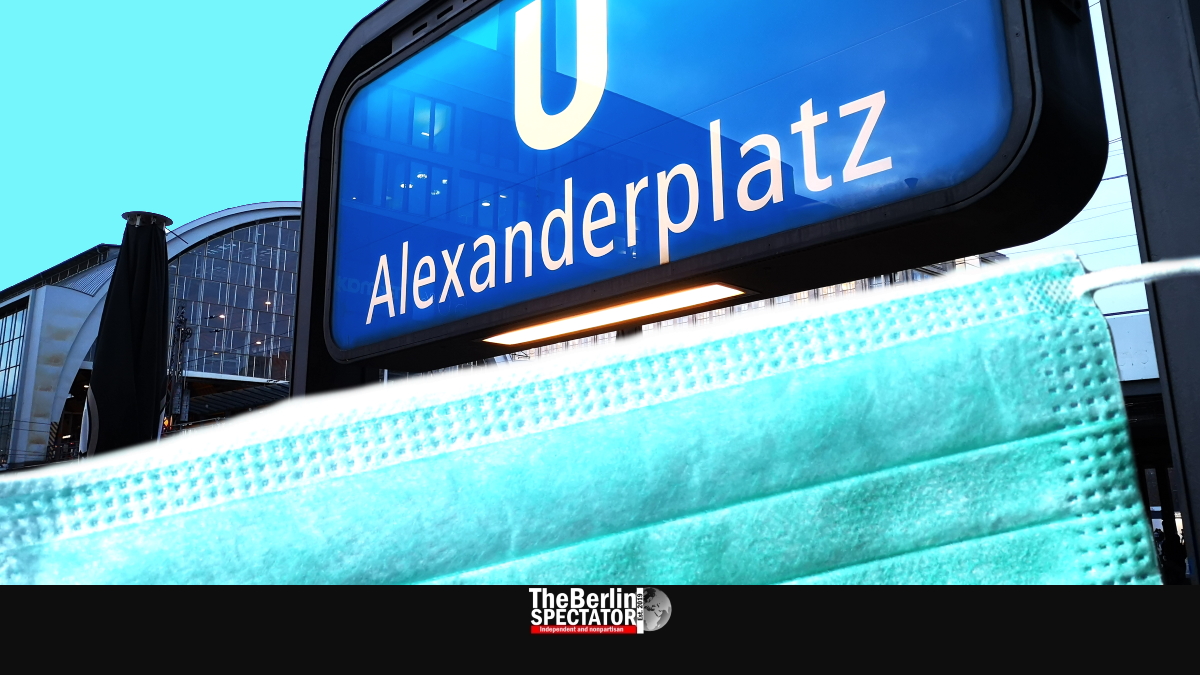 In many parts of Germany, masks are mandatory in shops and public transport starting today. But Germany would not be Germany if the whole thing about masks was not complicated.

Starting today, individuals who do not wear masks in public transport or any shop they enter will be fined. So will the owners of the shop. But this applies in some federal states only. Others will not fine their residents if they do not obey the mask rule. And some provinces picked different dates.

In Berlin, masks are only recommended in shops, but mandatory in public transport, starting today. Neither Berlin nor Brandenburg intend to fine anyone who does not adhere to the new rule. They are not alone. In other federal states, the mask rule already kicked in days ago. In one of them it will on Wednesday. Welcome to Germany.

Baden-Württemberg is planning to introduce a fine on May 4th. Next door, in Bavaria, the fine for not wearing a mask in shops or public transport is 150 Euro (162 U.S. Dollars or 131 Pounds Sterling). Business owners who let customers enter without masks have to pay up to 5,000 Euro (5,404 Dollars or 4,372 Pounds). Instead of masks, scarfs or some kind of cloth can be used.

Like Berlin and Brandenburg, Bremen does not intend to fine people either, at least for now. Because on April 30th, Chancellor Merkel and the First Ministers intend to come up with rules that apply everywhere in Germany. Until then, Hamburg will claim up to 1,000 Euro (1,081 Dollars or 874 Pounds) from business owners who ignore the mask rule.

Hesse’s fine for people without mask in shops, buses and trains is 50 Euro (54 Dollars or 44 Pounds), but it applies only to reoffenders. Mecklenburg-Hither Pomerania will only charge half that amount. Here, business owners will not have to pay anything, whatever they do regarding masks.

No fines were set in Lower Saxony either. In North Rhine-Westphalia, the municipalities decide about those details, meaning they are creating their own mess. Rhineland-Palatinate charges 10 Euro (10.81 Dollars or 8.74 Pounds) or 250 Euro (270 Dollars or 220 Pounds) for shop owners who do not implement the mask rule on their premises.

Up north, in Schleswig-Holstein, things are different. The mandatory wearing of masks kicks in on Wednesday, April 29th, 2020, without fines. Most of Thuringia implemented the rule on Friday. In Jena, they did three weeks ago. Saxony and Saxony-Anhalt introduced the mask rule on April 20th and 23rd, respectively.

The city state of Berlin even has a surprise. It intends to distribute 90,000 masks to its 3.7 million inhabitants. But instead of giving everyone 0.02 masks they are providing one each to some residents. These masks are made of cloth and can be washed.

The masks are a sensitive issue in Germany. At first those simple ones were not recommended by leading scientists, also because they do not really help the individual who wears them. Months later they came to the conclusion that everyone benefits if everyone wears them.

That is one reason why leading politicians in Berlin and in the capitals of Germany’s federal states changed their masks approach almost on a daily basis. Another aspect is the fact that masks were not available weeks ago. Now they are.

The Chancellery in Berlin has a convincing explanation for regional differences regarding Corona rules. According to German-language media, Chancellery Minister Helge Braun authored a paper with an interim result of the anti-Corona measures.

It says regional differences needed to be taken into account. Since the Corona epidemic had not spread evenly all over Germany, the situations in regions could differ. Therefore, it could prove necessary to keep or reinstate restrictions in certain regions. Braun also wrote it was too early to lift the contact restrictions in Germany.

Early this morning, 157,770 individuals in Germany were infected with the Coronavirus, 112,000 people who were infected earlier are now cured. Since the crisis began, almost 6,000 Corona patients have died from the disease the virus causes.