Hospitals in Germany to Decrease Capacities for Corona Patients 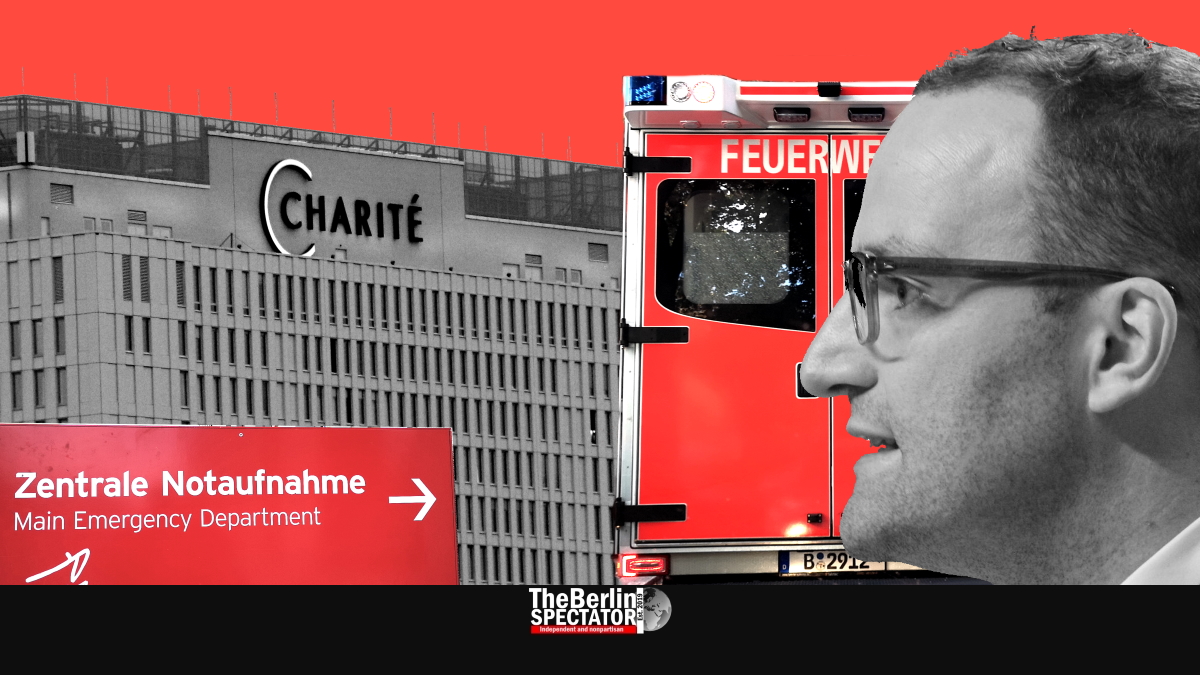 Almost three months since the first Coronavirus case was confirmed in Germany, the country’s Health Minister Jens Spahn has sent out a concept paper to his colleagues in the federal states. According to ‘Redaktionsnetzwerk Deutschland’, a network of editorial teams, it includes steps to make hospitals all over Germany return to normal operation.

So far, a high number of intensive care beds is reserved for patients suffering from COVID-19, the respiratory disease caused by the Coronavirus. At this stage, those capacities are not needed. The development regarding new Corona infections allowed a step towards normality, it says in the document.

Two weeks ago, Minister Spahn had already said he wanted normality to return at German hospitals, starting in May. He had stated this was about creating a “difficult balance” between regular operation at ICUs, meaning dealing with emergencies that have nothing to do with Corona, and reserving some capacities for Corona patients.

As opposed to many other countries, Germany has managed to “keep the curve low”, meaning not to overburden its hospitals, because the number of Corona patients with a serious disease progression was relatively low, compared to the situation in countries like the United States of America, Italy or Spain. During the first phase of the crisis, Germany had doubled its ICU capacities for Corona patients, also by reducing the number of ‘regular’ ICU beds for non-Corona cases.

While Spahn is working on reducing the number of beds for Corona cases, Berlin is still in the process of establishing an emergency clinic for COVID-19 patients with 500 to 1000 beds at its fairgrounds. As a result of the crisis, many plannable surgeries had been postponed, entire hospital wards were turned into areas reserved for Corona patients.

In the meantime, wearing masks in public transport and in shops is now mandatory in Germany, with two exceptions: In the north-western province Schleswig-Holstein, the masks rule will kick in on Wednesday, two days later than in most other federal states.

The other exception is Berlin, where masks are mandatory in public transport only. But now it seems the Berlin Senate has changed its mind. So far, Governing Mayor Michael Müller’s three-way center-left coalition had decided to simply recommend the use of masks in shops. Today it might adapt its rule to the rest of the country.

Majority in Favor of Mask Rules

A majority of residents supports obligatory mask rules. This applies both nationwide and in Berlin. In a poll mentioned in German-language media, 67 percent of people polled all over Germany said they wanted to adhere to the mask rules, while 15 percent intended to do so in part. Four percent of all respondents said they wanted to boycott the rules.

In Berlin, a poll commissioned by the ‘Morgenpost’ daily and the RBB television and radio network came to a similar result: Sixty percent of all respondents said they did not understand why masks were obligatory in public transport, but not in shops. Seventeen percent said they opposed any rules that made wearing masks or scarfs in front of their faces mandatory.

Because of a Corona outbreak in a retirement home in Berlin’s Lichtenberg district, paramedics employed by the fire brigade evacuated 73 elderly people last night. They were taken to hospitals, after 28 home residents turned out to be infected with Corona. The fire department says they believed there had been even more Coronavirus cases at the facility. In other German cities, Corona outbreaks at retirement homes have led to many deaths in several cases in the past few weeks.

This morning, the official number of Coronavirus cases in Germany was 158,758.