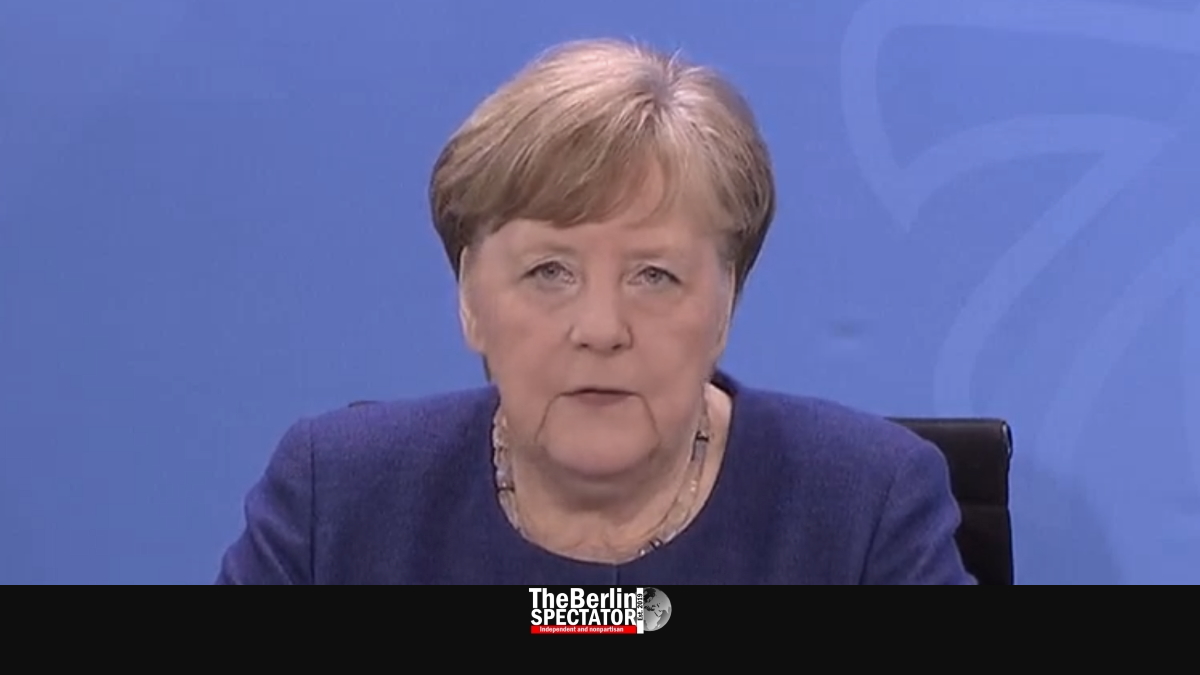 During their latest online conference, Chancellor Angela Merkel and the First Ministers from Germany’s federal states did not take any big decisions. Those will have to wait another week, for a reason.

Hamburg’s First Mayor Peter Tschentscher and the Bavarian First Minister Markus Söder were at the Chancellery in Berlin with Angela Merkel while their colleagues from the remaining fourteen federal states took part in the discussion virtually.

Once the meeting was over, Chancellor Merkel said Corona remained a big challenge without previously acquired experience. “We continue learning every day”, she told the press in the German capital. There was still no medication against the disease the virus caused, or a vaccination.

Merkel said so far Germany had managed to slow down the spread of the Coronavirus and to make sure the country’s health system was not overburdened. She asked everyone to keep on following the distance rules and explained that taking political decisions in a situation like this one was difficult. The goal was to make sure there would not be a backslide into a more difficult phase.

The Chancellor said any easing of the Corona rules would lead to people meeting each other more. But it was still necessary to be disciplined. Economical aspects needed to be weighed against people’s health carefully.

Merkel called today’s deliberations an intermediate step. This had to do with the ramifications of the reopening of shops all over Germany a week ago. The ramifications of that step would be known in a week from now. On May 6th, 2020, Merkel and the First Ministers will discuss the Coronavirus, its implications and possible new measures yet again.

But some decisions were taken anyway. Prayer services in churches, mosques and synagogues will be able to take place again, under certain conditions. Playgrounds, zoos, botanical gardens, museums and galleries may reopen. Some federal states, including Berlin, had already opened some of the latter, or announced an imminent reopening. Since the ‘Bundesländer’ take their own decisions, the rules differ to some extent.

First Minister Söder stated the Corona numbers had stabilized, but the danger of a backslide or a second infection wave was still there. That is why Germany had to act decisively. Markus Söder stated the question what the lockdown had led to was being asked a lot. The counter question needed to be asked as well: “What would have happened had the lockdown not been put in place?”

“Corona is a marathon in which we do not know where the finish line is”, Söder said. Questions about the economy needed to be asked, but ethical ones should not be forgotten. He said he and his colleagues wanted to give people a perspective without blanking out what would happen if Germany was moving too fast.

Markus Söder explained easing restrictions could happen more quickly when things were better, and they needed to be implemented slowly when things got worse. Steps towards normality with Corona had been decided on. “There is no other reality at this time”, Söder stated. He called Chancellor Merkel “the international voice of reason”, because other countries listened to her too.

Hamburg’s First Mayor Peter Tschentscher said what he and his colleagues had discussed with Chancellor Merkel today had been “smaller settling measures without big risks”. More larger ones would be talked about in a week from now.