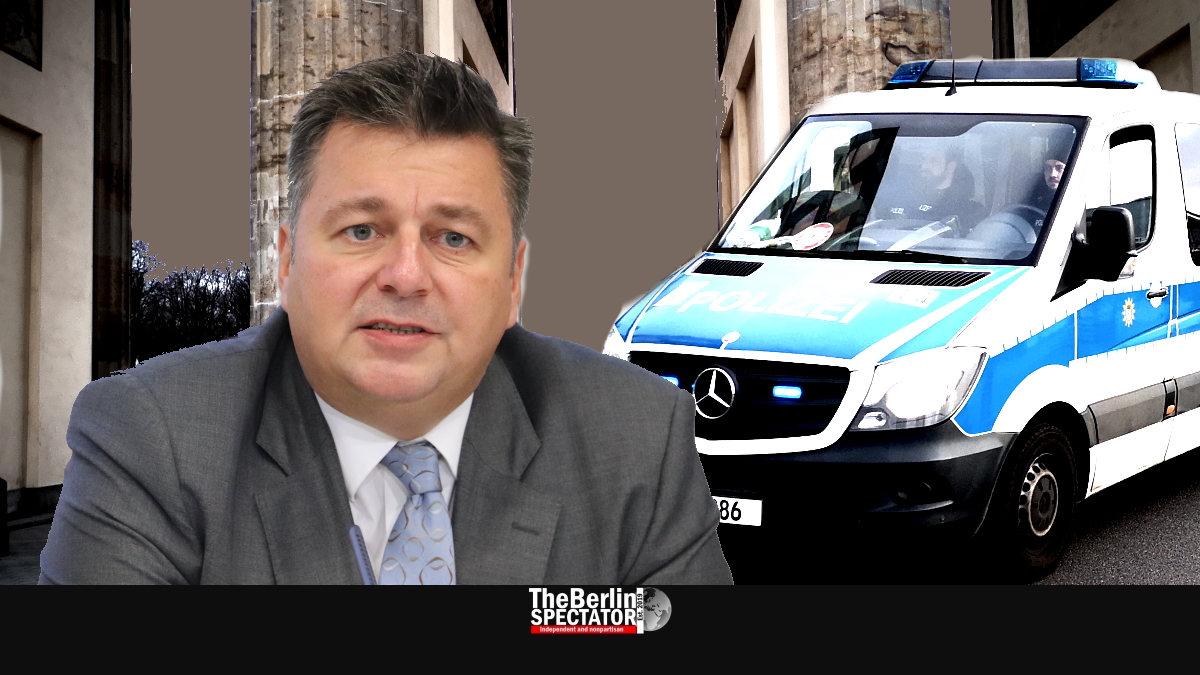 In Germany, normality is returning in some ways. But kindergartens, restaurants and other places do not look normal at all. Police in Berlin are preparing for the difficult part of normality.

The playgrounds in Berlin’s parks officially closed more than a month ago. In the past days, some parents with small kids just ignored the ban and went there illegally. Now that Chancellor Angela Merkel and the First Ministers decided to open them again, Germany’s federal states are on the case.

Good and Bad News for Parents

In some regions, playgrounds were supposed to reopen as early as this weekend. This applies to Brandenburg, Hesse and Rhineland-Palatinate. In Berlin, the decision to reopen swings, slides and sandpits was even implemented immediately after Merkel’s deliberations.

For parents and kids, the bad news is that a decision on the reopening of kintergartens and schools was postponed yet again. On May 6th, when Merkel and the First Ministers are scheduled to discuss things again, the topic will be back on the agenda. North Rhine-Westphalia even retracted an announcement according to which primary schools were going to be back in business from May 11th.

In retail, normality partially returned a week ago when smaller businesses were allowed to reopen. In order to keep the number of people in city centers down, Merkel and the First Ministers decided to stick to this rule for now. But a court in Berlin showed a different view when it decided to let the famous department store KaDeWe open again, in spite of its size.

What Berlin and other federal states had already decided on their own, namely reopening zoos, botanical gardens, galleries, memorial sites and museums, is now official. This decision taken on Thursday will likely be implemented all over Germany.

No Normality in Service Industry

Praying to all Gods at churches, mosques, synagogues and other temples will be legal again as well, but under conditions. Hygiene and distance rules need to be adhered to, like everywhere else.

Normality is still far away in several areas, including restaurants and pubs. The food service industry desperately wants to reopen. But because of the danger the Coronavirus poses here, owners of businesses of this kind will have to wait longer. Pubs and restaurants are about being together and meeting people, two aspects that can lead to more Corona infections.

The tourism sector did not get the answers it wanted either. Germany prolonged a worldwide travel warning on Wednesday. It will be in place until June 14th, at least. According to Chancellor Merkel, summer trips are not on the agenda yet.

“Corona is a marathon in which we do not know where the finish line is”, Bavaria’s First Minister Markus Söder said after the conference yesterday. Apparently nobody knows when it will appear either.

‘Normality’ on Streets of Berlin

But normality is returning in one way: Left-wing radicals of the ‘Revolutionary May 1st’ are getting ready to stage illegal protests in Berlin’s Kreuzberg district tonight. The authorities have every reason to fear they might ignore the contact rules and create chaos, as they usually do.

As many as 5,000 police offers, from Berlin and other federal states, will be on duty on the streets of Berlin into the night. The protesters this is about have an inner urge to be violent, as they have shown in the past decades. Berlin’s Interior Senator Andreas Geisel said the police would take more drastic measures if necessary.

The deescalation policy would not work as easily as it usually did, Geisel stated. Taking part in unauthorized protests was a criminal offense in these times. He said a few demonstrations with up to 20 people each had been approved. This is the maximum number of participants per protest, according to the Corona rules.

On Thursday, police in Berlin already had to end a protest with 70 participants in the Friedrichshain district. The protesters ignored the distance rules and failed to adhere to the orders given to them by police. Several individuals were arrested.

Early this morning, 163,009 Coronavirus cases were registered in Germany. At least 123,500 individuals who used to be infected are cured. There have been 6,623 related deaths since the crisis began.