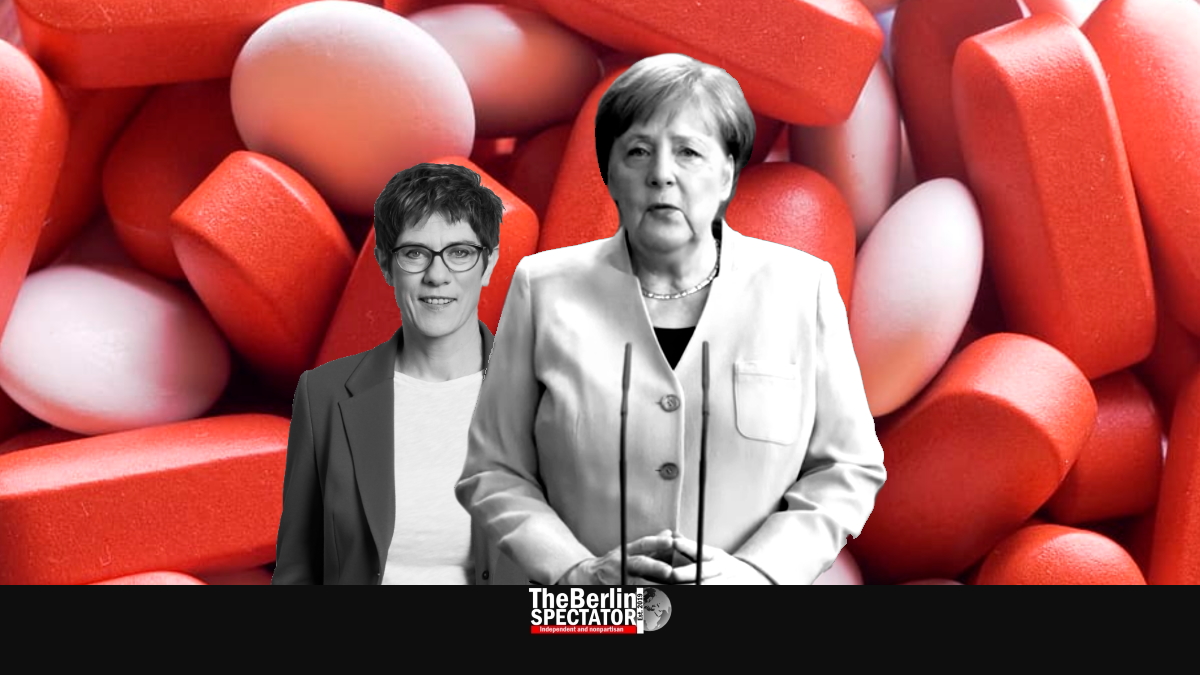 Angela Merkel has teamed up with other European leaders to collect billions of Euro for a medication and vaccination against the Coronavirus. A donor conference will take place on Monday.

Germany’s Chancellor Merkel, her French and Italian colleagues Emmanuel Macron and Giuseppe Conte, the new German President of the European Commission Ursula von der Leyen and other leaders are determined to collect 7.5 billion Euro (8.3 billion U.S. Dollars or 6.7 billion Pounds Sterling) for research that is supposed to produce a medication and a vaccination against the Coronavirus that has killed thousands and pulled the world into a deep crisis.

In an appeal printed in the ‘Frankfurter Allgemeine Zeitung’ daily, the leaders stated they would put their own pledges on the table while hoping to be joined by partners from around the world. The means collected would lead to an unprecedented global cooperation between scientists, regulation authorities international organizations, foundations, the industry and governments.

In the meantime, Austria is easing its Corona rules. Starting today, all shops in the republic are allowed to reopen. So are hairdressers. The distance customers are supposed to keep to each other is 1 meter (3.3 feet). In stores, there need to be 10 square meters (108 square feet) of space per customer. Masks are mandatory.

Germany: Lufthansa Jet Bound for Chicago Returns Because of…

While the situation is relatively good in comparison to other countries, what the number of Corona-related deaths and the pressure on the health system are concerned, the overall mood might be changing. It seems the support for the government’s strict Corona rules is crumbling at least in business circles. More and more trade associations are demanding an end to the restrictions. Some politicians are on their side.

The number of citizens who do not believe Corona really exists seems to be on the rise too. In Berlin, 80 participants of a forbidden protest of conspiracy theorists were arrested on Friday. Fifty more were taken into custody in the evening. They were part of another illegal protest, this time against the state and the “system”, which police successfully dispersed in the late evening.

Annegret Kramp-Karrenbauer, the head of Chanellor Merkel’s conservative party CDU, defended the anti-Corona measures. She asked the Germans to hang in there in the ‘Neue Osnabrücker Zeitung’ daily. Because of the restrictions and the patience shown by many, nobody in Germany needed to discuss who would be treated at hospitals and who would not.

Ninety-seven days after the first Coronavirus case was confirmed in Germany, and 41 days after the contact restrictions were put in place, just over 164,000 people in Germany were infected, according to the official numbers. Since the beginning of the crisis, 6,736 individuals have died from the disease the Coronavirus causes. At least 126,900 patients are cured by now.

September 11th in Washington D.C.: Day of Terror, Fear and…